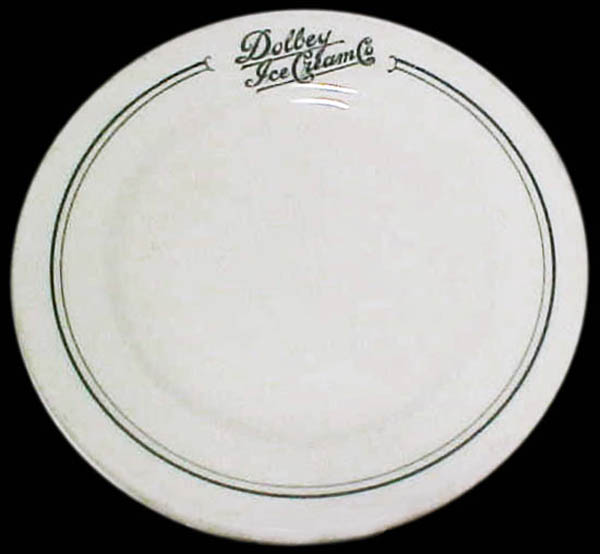 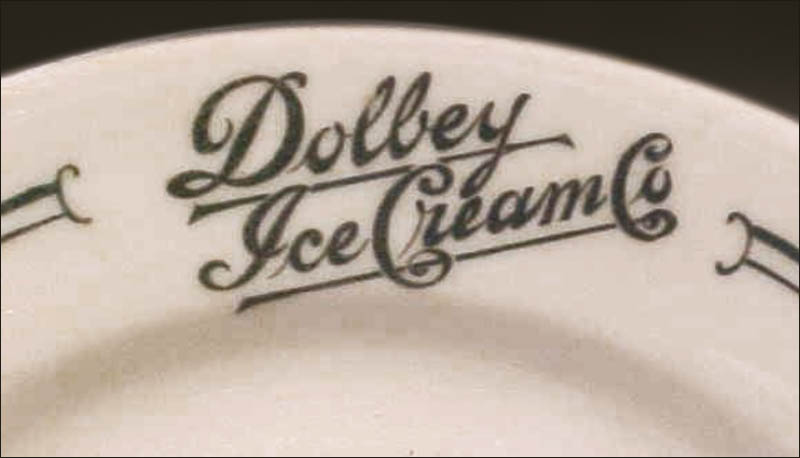 Notes: The company was founded by 26-year-old Sam Dolbey in 1901, when he opened a retail store on Manton Avenue in Providence, R.I. He used an electric freezer that churned three gallons of milk and cream into five gallons of ice cream. By 1903, the business moved to a larger facility on Rye Street. In 1911, the company was officially named "Dolbey Ice Cream Co."

The two- and three- story brick manufacturing plant at 485 Plainfield Street was built in 1915. By 1920 it was the largest ice cream business in Rhode Island and the product was sold in neighboring states. In 1925, the company merged and became Eastern Dairies Inc.

The china is crested with "Dolbey" over "Ice Cream Co.," set on an upward slope, in script lettering with swashes below words. A regular line and a pin line flank the lettering, with curved ends, placed mid rim. Maddocks American China, impressed backstamp.