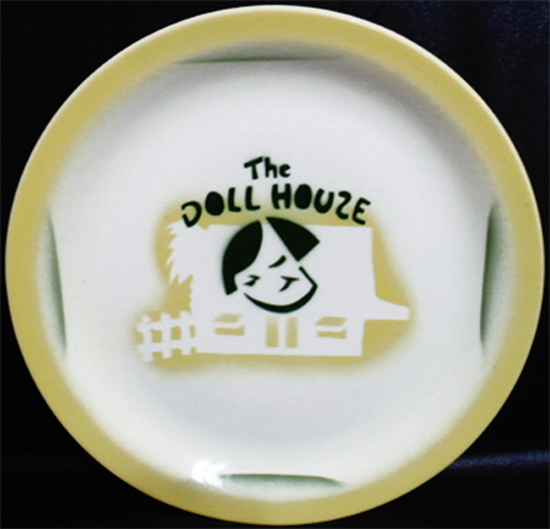 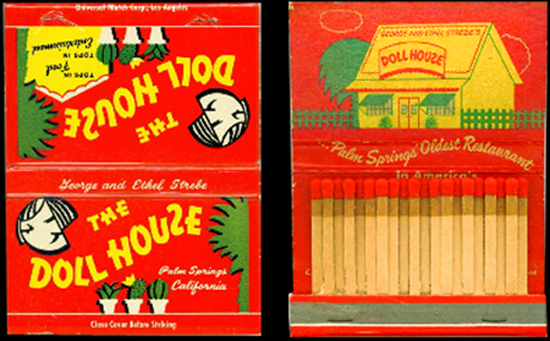 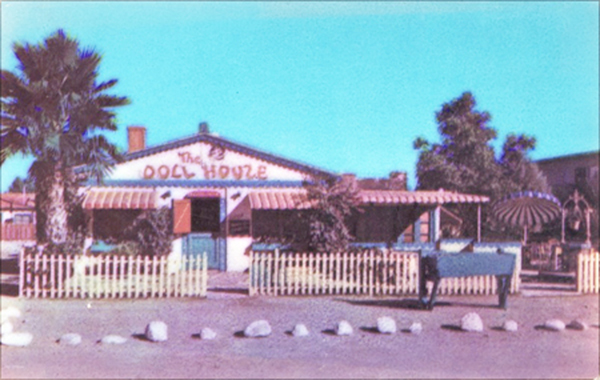 Notes: The Doll House was located at 1032 North Palm Canyon in Palm Springs, CA. The famous restaurant was in existence from 1945-1959 and was one of the most popular restaurants in town during that time. George and Ethel Strebe, owners, opened the place immediately after WWII and George's release from the service. Celebrities such as Marlene Dietrich, Eddie Fisher, Howard Hughes, Frank Sinatra and Doris Day frequented the restaurant and night club. Peggy Lee, a singer there, credited it for her discovery.

Mention of The Doll House can be found in the book "Palm Springs Legends" by Greg Niemann.

Recently discovered photos of The Doll House can be found here:
http://www.flickr.com/photos/kennyir…7600951158661/