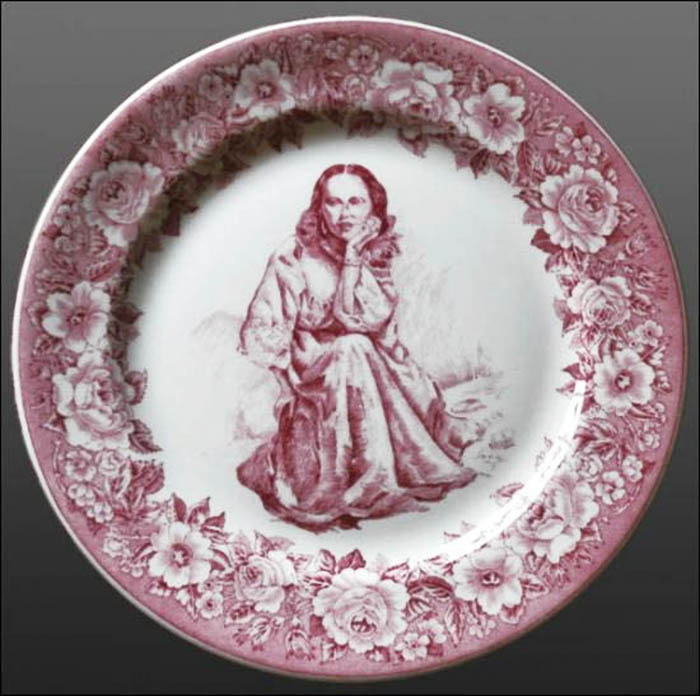 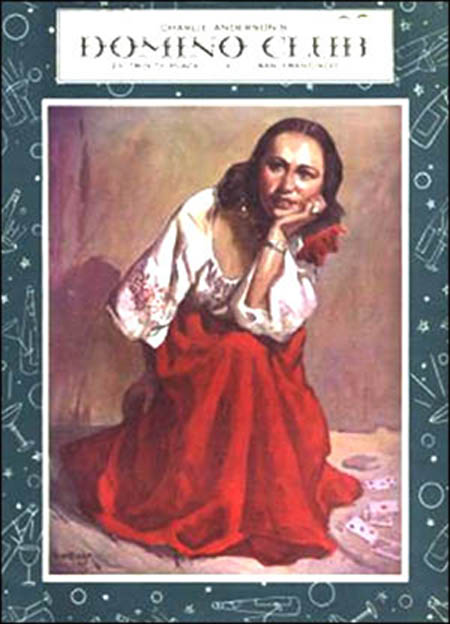 Notes: According to "San Francisco's Lost Landmarks," by James R. Smith, the Domino Club opened at some point soon after the 1939 World's Fair closed, was owned by Charlie Anderson and was located at 25 Trinity Place in San Francisco's Financial District. The club/restaurant provided live entertainment, dinner shows and also famously featured Anderson's collection of nude paintings.

Of particular interest, Smith wrote, was that there was frequently a nude woman posing in the club for Roberto Lupetti, "a well-respected Italian born painter. Patrons could eat or drink and watch Lupetti create another masterpiece."

A painting from the World's Fair called "Gloria," by Fox Studios set designer and pin-up painter Irving Sinclair, was featured "prominently above the bar," which led to the phrase "Meet me at Gloria's," rather than directly referring to the club by name.

The floral border in pink or red is the same as that on the Roselyn Castle Grill Plate pattern. Instead of the stagecoach and Red Lion Inn in the center, however, this plate has a reproduction of the portrait "Gypsy Girl with Cards," by Sinclair. This same painting was used on one of the club's menus, as shown below.