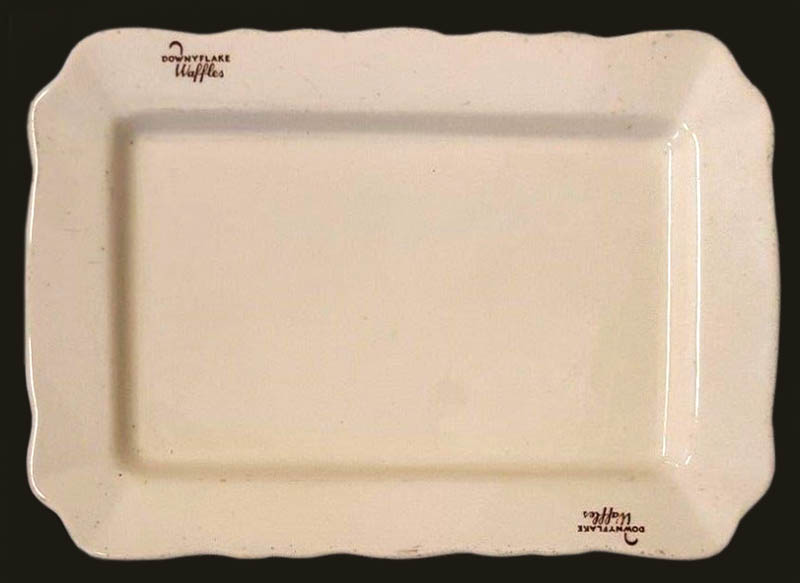 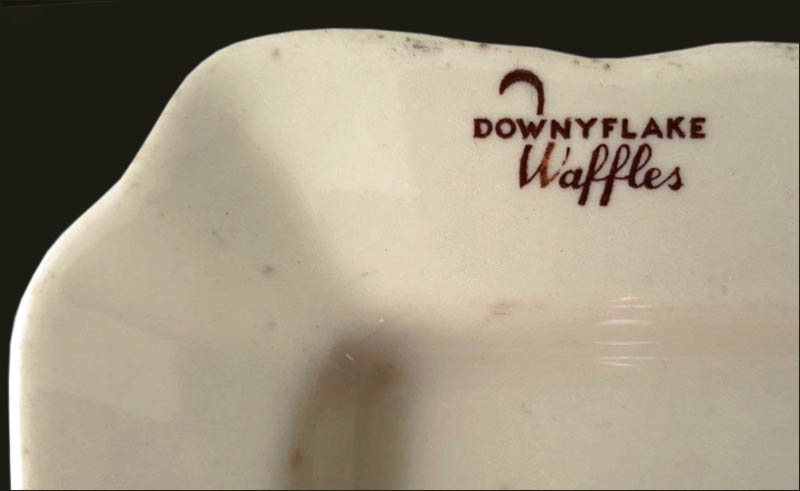 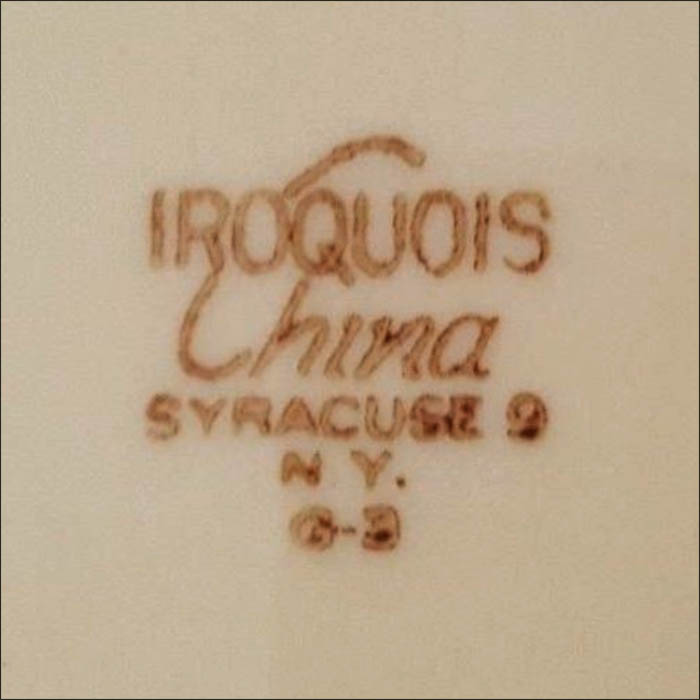 Notes: The Waffle Corporation of America (a subsidiary of Doughnut Corporation of America) introduced Downyflake Frozen One-Minute Waffles in October 1950. As they already had experience marketing doughnut-making equipment and mixes, they marketed their waffles (apparently in both mixes and frozen) to restaurants. This pattern could have been used as a brand advertisement at any restaurant that served those waffles.

An earlier photo for Downyflake Waffles, also by Iroquois, was backstamped with a 1957 date code. It was replaced with this version to improve the image, but it's interesting that this one has a date code of 1947. That would indicate that the timeline for this entry needs to be adjusted or that Iroquois used so-called "new old stock" to fill this order.

Note: At this time, no documented connection can be found among Downyflake Waffles and Downyflake Shops or Downyflake Doughnuts.

This tan platter has the Downyflake Waffles logo on two corners, in brown. DOWNYFLAKE is in sans serif, all caps, and Waffles is in a script font with the ascender of the W coming up and over the O and W of Downyflake.