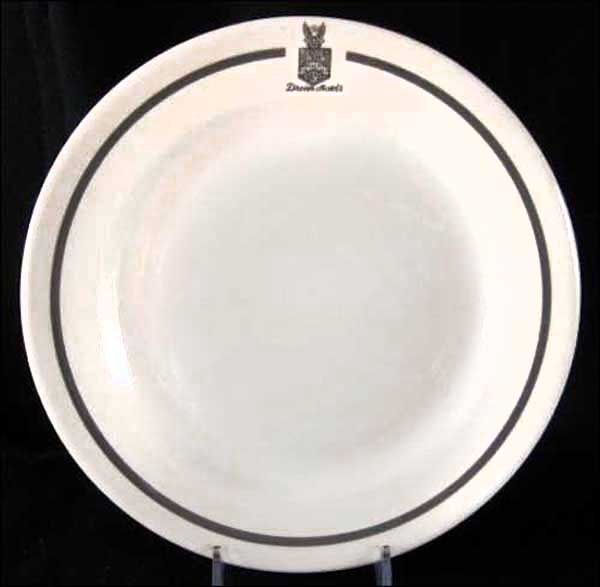 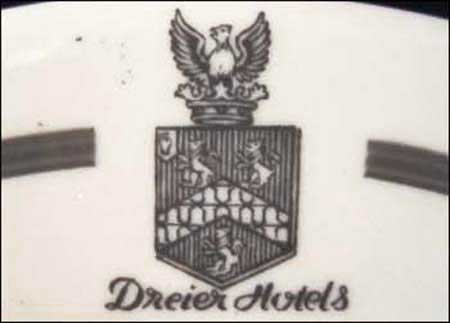 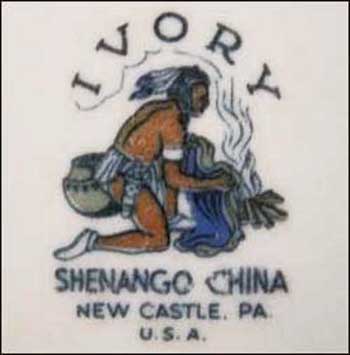 The plate with Shenango Ivory body has a gray band broken by a three-section shield with lions. An eagle is perched on a crown above the shield, and Dreier Hotels is in a script font below the shield.