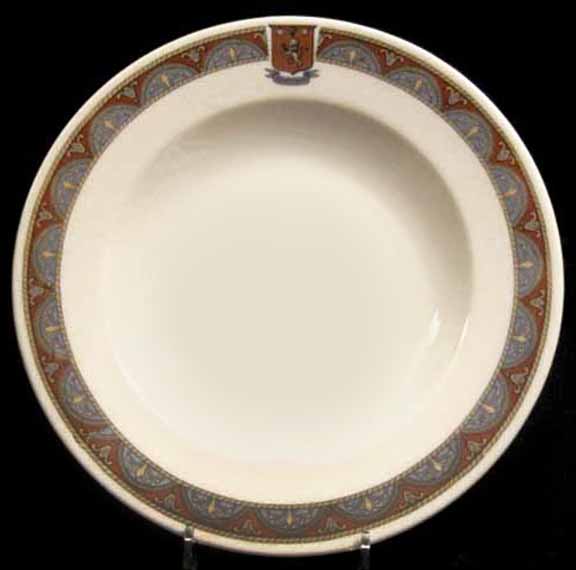 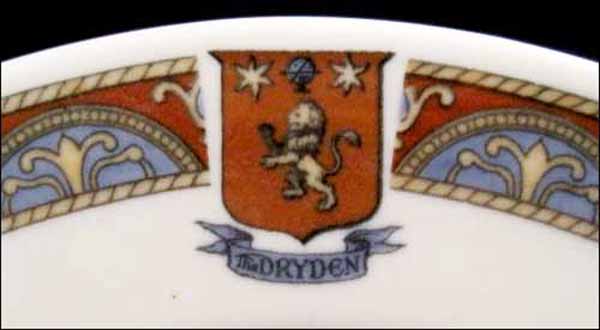 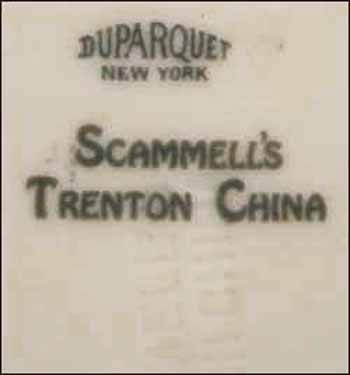 According to Emporis.com, the building is now the Dryden East Apartments with 144 Studio/1-BR apartments.

Trenton China white body with a wide rusty-brown band with semi-circles of blue and pale yellow stylized fleur-de-lis. The rim band is broken by a shield with rampant lion and two stars with The Dryden on a banner below the shield.