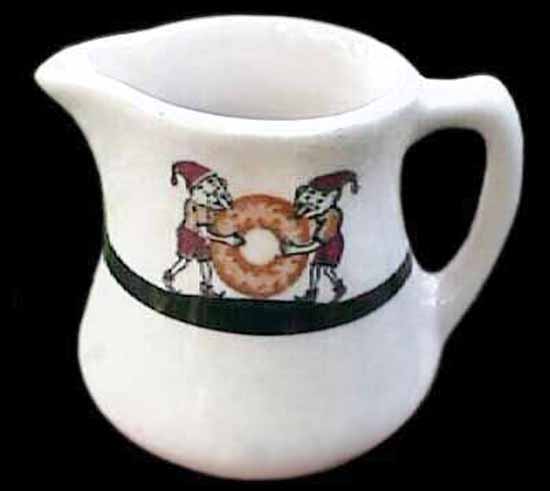 Notes: Locations found in Cleveland, Detroit, Chicago. The chain started with brothers Adolph and Bill Stern in the 1930s. Some were restaurants and some had lunch counters along with the donut shop. The business had registered the name Dunkin Donuts in Michigan before Dunkin' Donuts came along and wanted to open there, thus enabling Bill Stern to retire. The logo was designed by Bill's wife, Rose.

Click here to see the above US Patent Design for the Dunk Donut Company, issued to Adolph Stern, October 18, 1938.