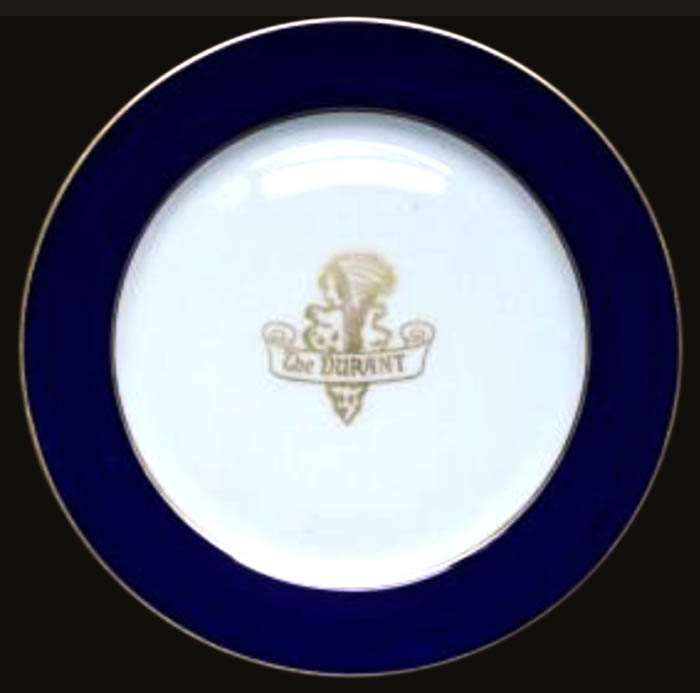 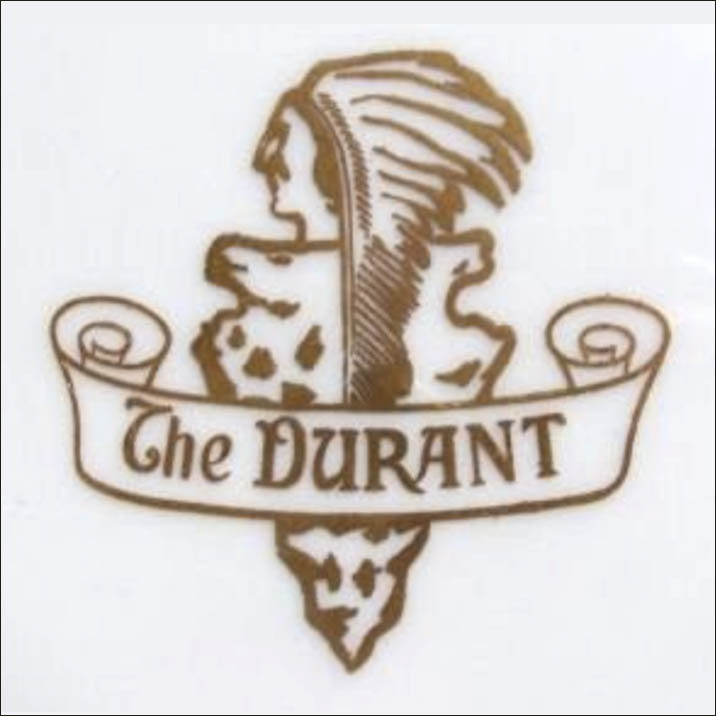 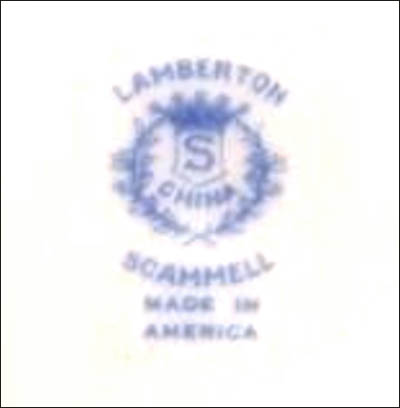 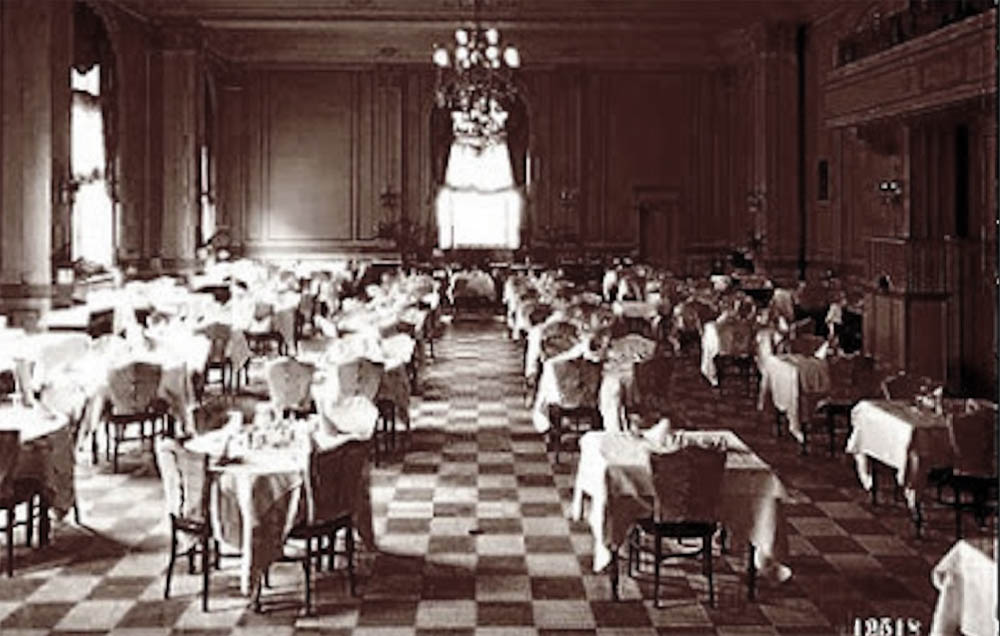 Ballroom at the Hotel Durant 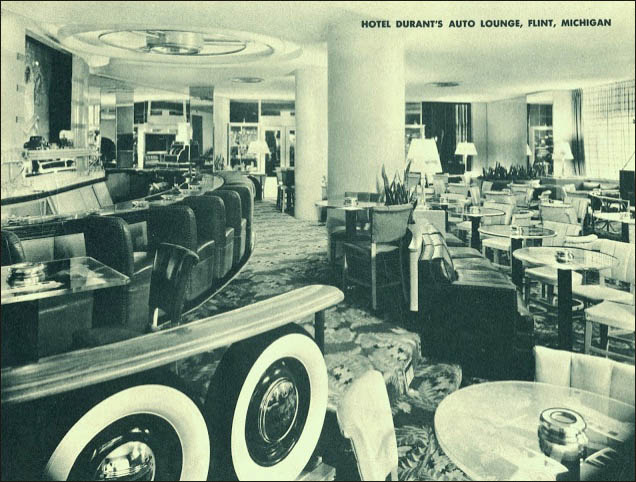 Auto Lounge at the Hotel Durant 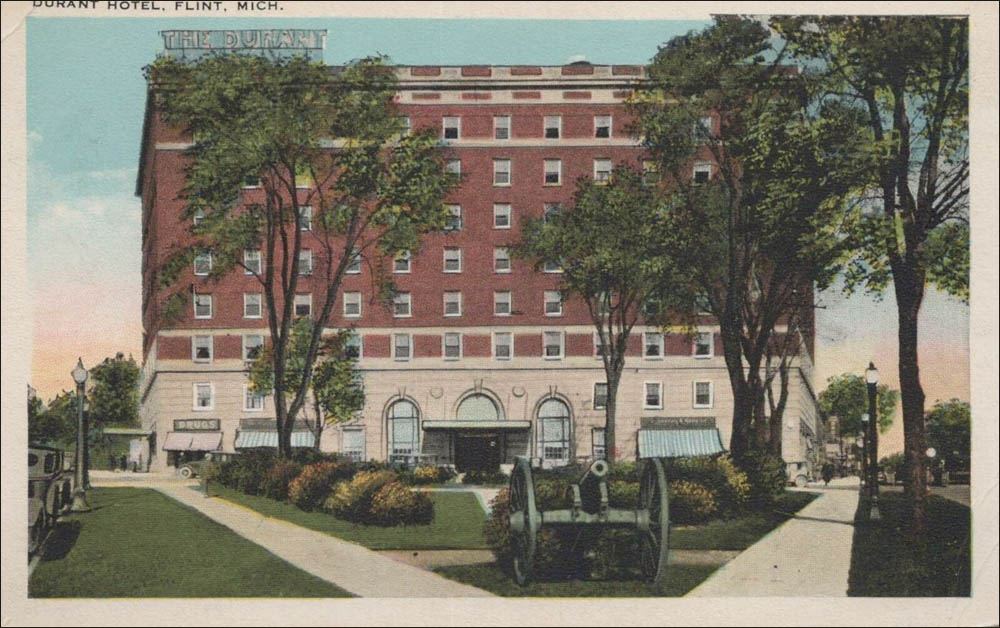 Notes: In June 1919 ground was broken for construction of the new Durant Hotel at 2nd Avenue, North Saginaw and Detroit streets, in Flint, Michigan. The project was financed by a group of 40 stockholders, headed by William C. Durant, president of General Motors. The hotel was supposed to be completed within a year, and cost $650,000. It ended up taking three years and cost $2.5 million. The eight-story, 264-room Durant finally opened on December 14, 1920. It was named in honor of Mr. Durant, and operated by United Hotels Co. In addition to the main dining room, there were three private dining rooms known as the Italian Room, Louis XIV Room, and the Jacobean Room. The 120-seat grill was named the A-do-wa Room, which is a Native American word for satisfaction. A club room in the basement was reserved for association and fraternity luncheons. The 700-seat ballroom was used for many auto industry-related conventions.

Financial problems during the late 1930s led to the foreclosure on the mortgage; the Metropolitan Life Insurance Company bought the Durant at auction in 1940.  In June 1942, Albert Pick Hotels became the hotel owner and operator. Pick opened the Purple Cow sandwich shop on the ground floor, with an entrance from the sidewalk.  The Wheel Room Lounge had glass tables that looked like steering wheels, dividers with white-wall tires with chrome hubcaps, and a large Chevrolet logo behind the bar.

The Durant closed in 1973.  The Genesee County Landbank acquire the building in 2005. In 2008, a $30 million project gutted the interior and rebuilt it as 93 loft apartments and retail space, which opened around 2010.

Scammell made Lamberton service plates for The Durant with full cobalt blue borders, and a coin gold crest in the center of the well. "Made in America" on the Scammell back stamp indicates production during, or after, the 1930s.