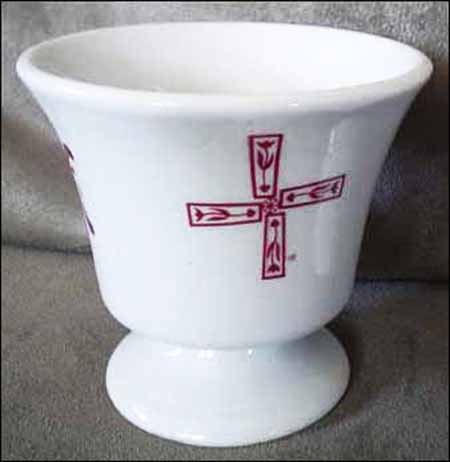 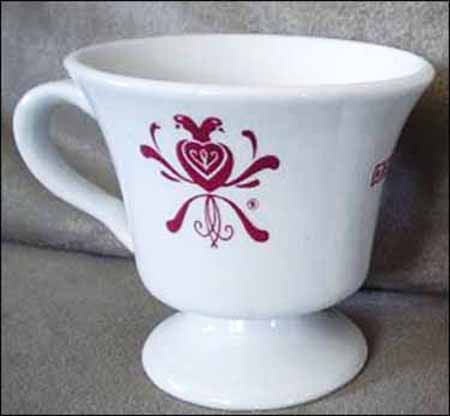 Notes: The first Dutch Pantry Restaurant was opened in 1945 along U.S 11 near Selinsgrove, Pennsylvania, by Lottie Kemberling and her son, Jess.

During the 1950s and 1960s they expanded with more restaurants in Pennsylvania and in Florida. By the late 1960s franchises offered a steady growth into other states, but by the late 1980s the chain collapsed. Restaurants were closed, converted or demolished.

The design features classic German and Pennsylvania Dutch distelfink motifs on a white body, with dark red decorations such as windmill or windmills, heart or hearts and bird or birds.