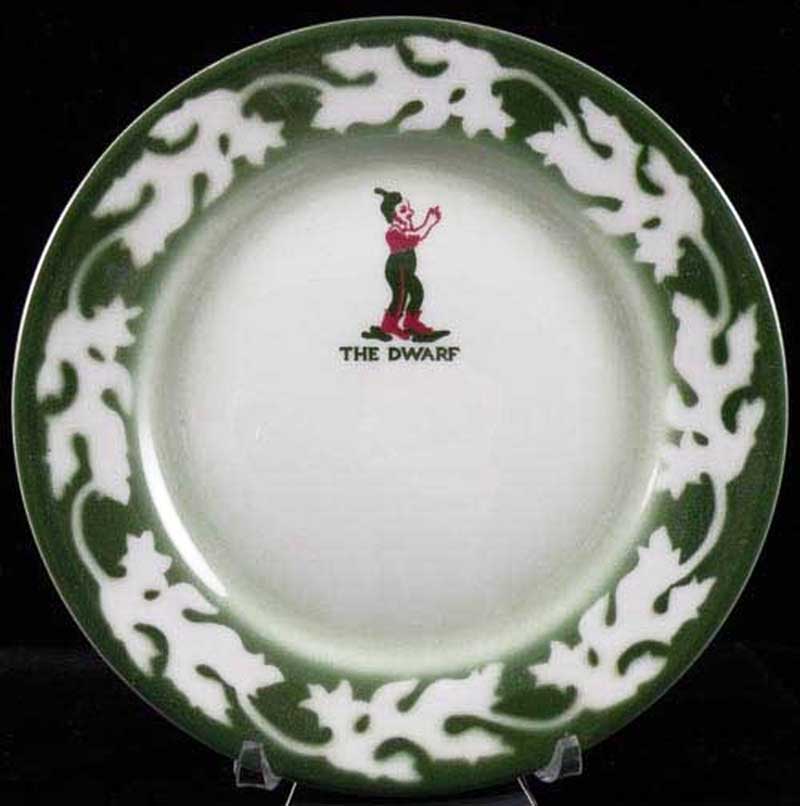 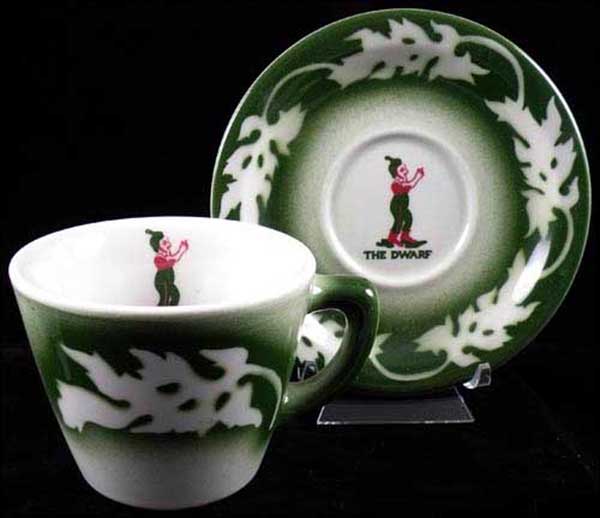 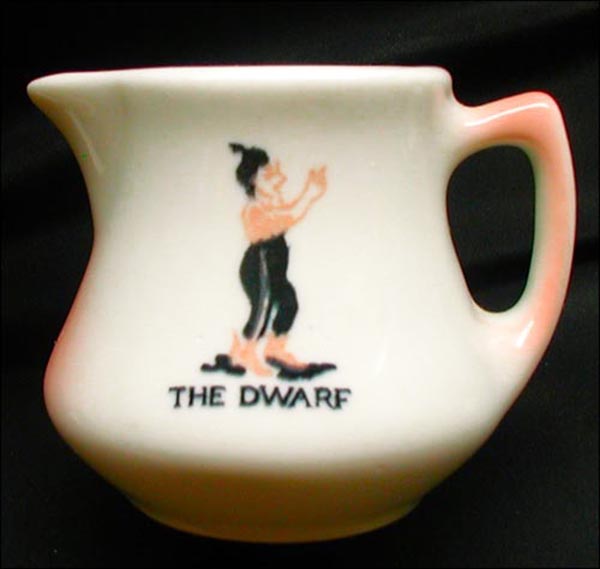 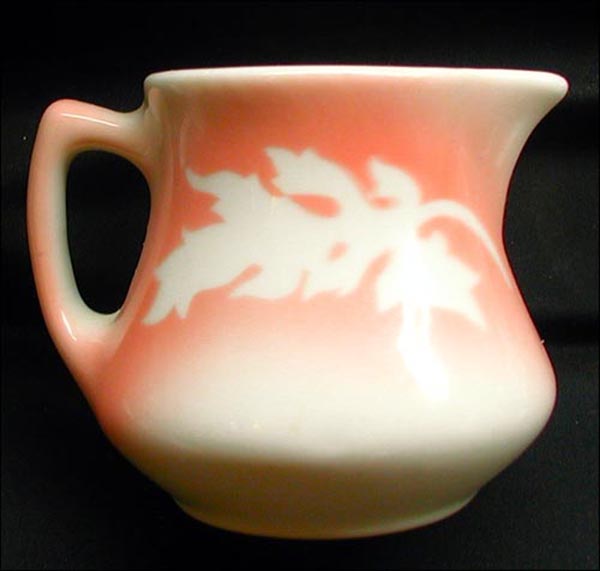 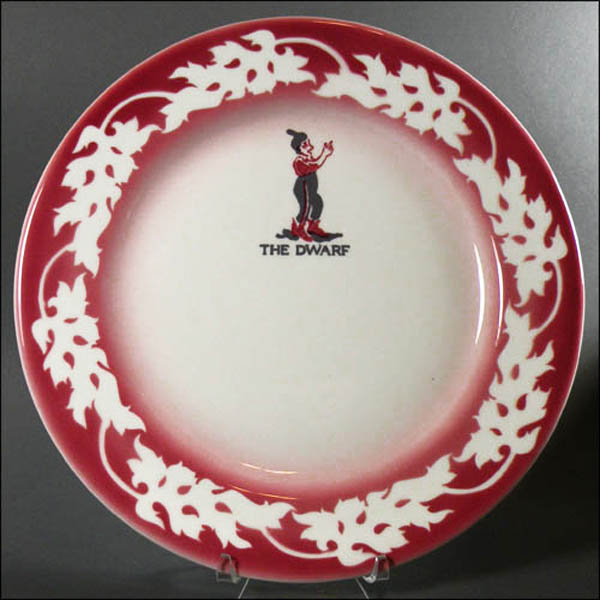 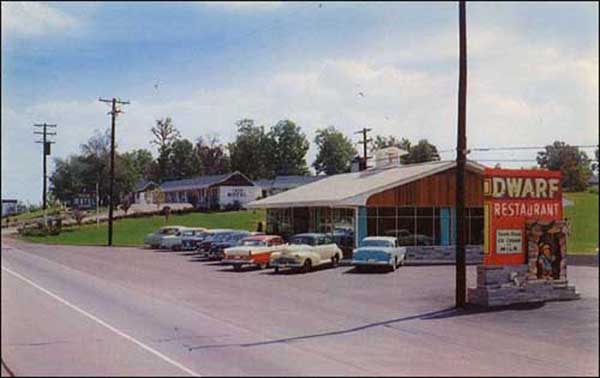 Notes: This pattern is frequently – and incorrectly – attributed to the forerunner of Chik-Fil-A restaurants, located in Georgia. However, according to Charlene Sparks Gambill, it was her father, John B. Sparks, who was the owner of the Dwarf Restaurants, located in Knoxville, Maryville, Powell, Fountain City and Gatlinburg, Tenn., from the 1950s to the 1980s.

The restaurants provided drive-in as well as seated service and were known for their good family homemade cooking. There was one other restaurant owned by Sparks, the Snow White Restaurant in Oak Ridge, Tenn. It was his goal, Charlene said, to have a Snow White and seven Dwarf restaurants.

White oak leaves, very similar to Syracuse's Oakleigh pattern, airbrushed with dark green on border. A dwarf, similar to a leprechaun or pixie, looks to the right. Underneath is: The Dwarf.

An additional version of this pattern has surfaced with the same Jackson China airbrushed pattern of white oak leaves, but this time the additional colors are peach pink and black. Charlene Gambill has confirmed that both colors were used at the restaurants. And in June 2015, one more version was found, this time in red.