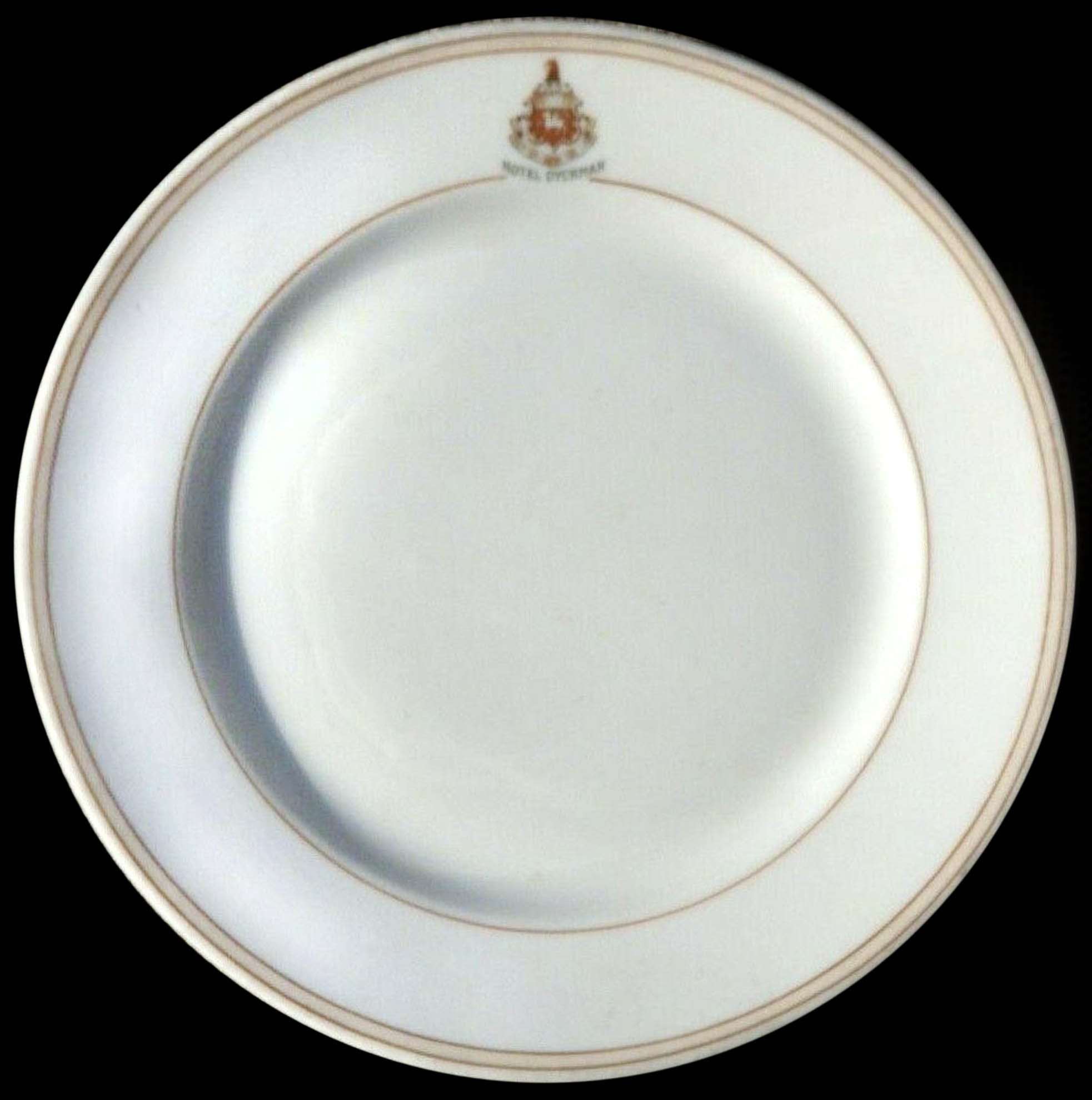 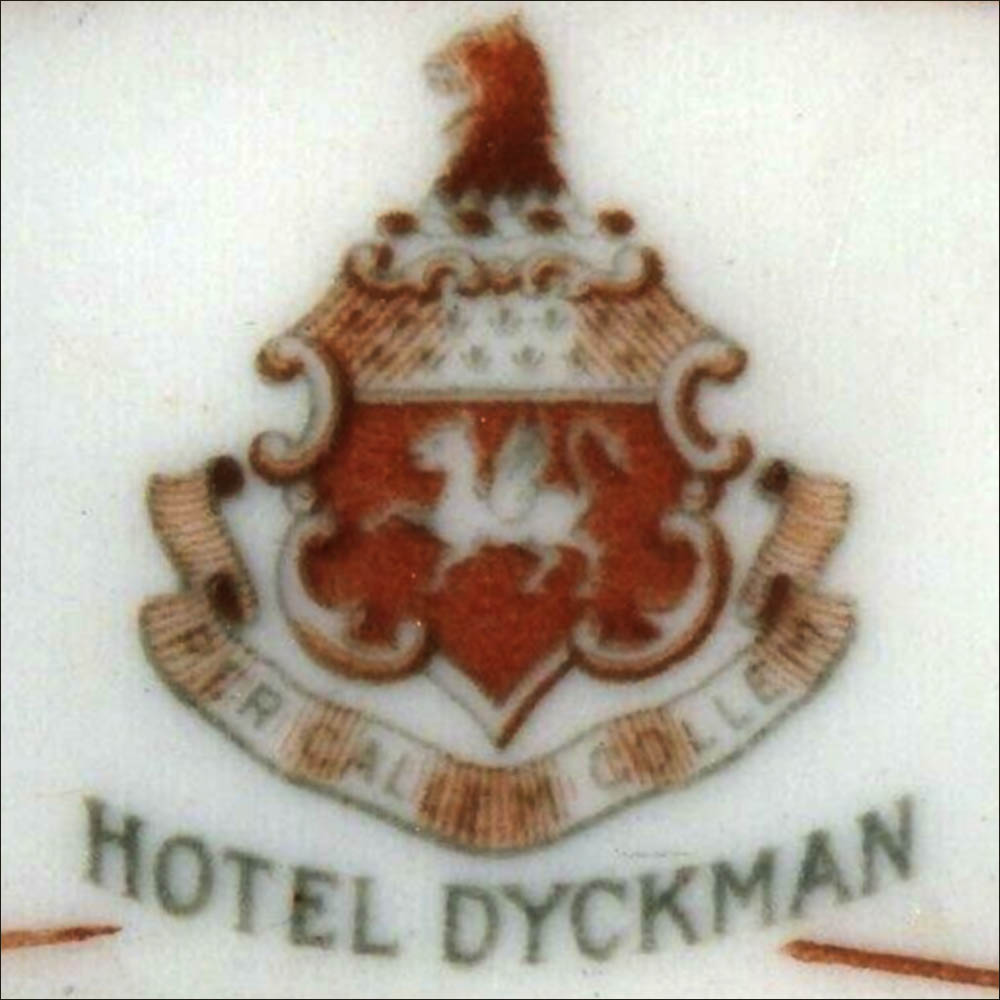 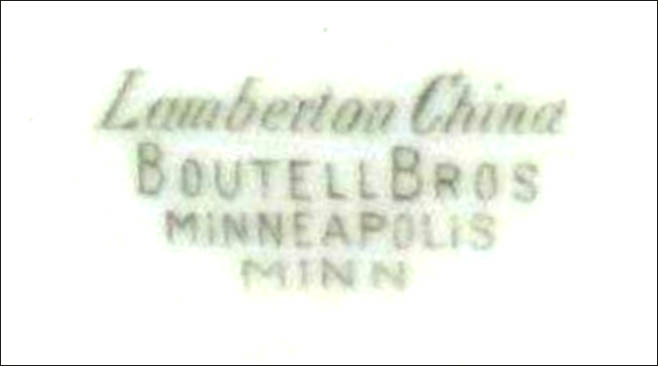 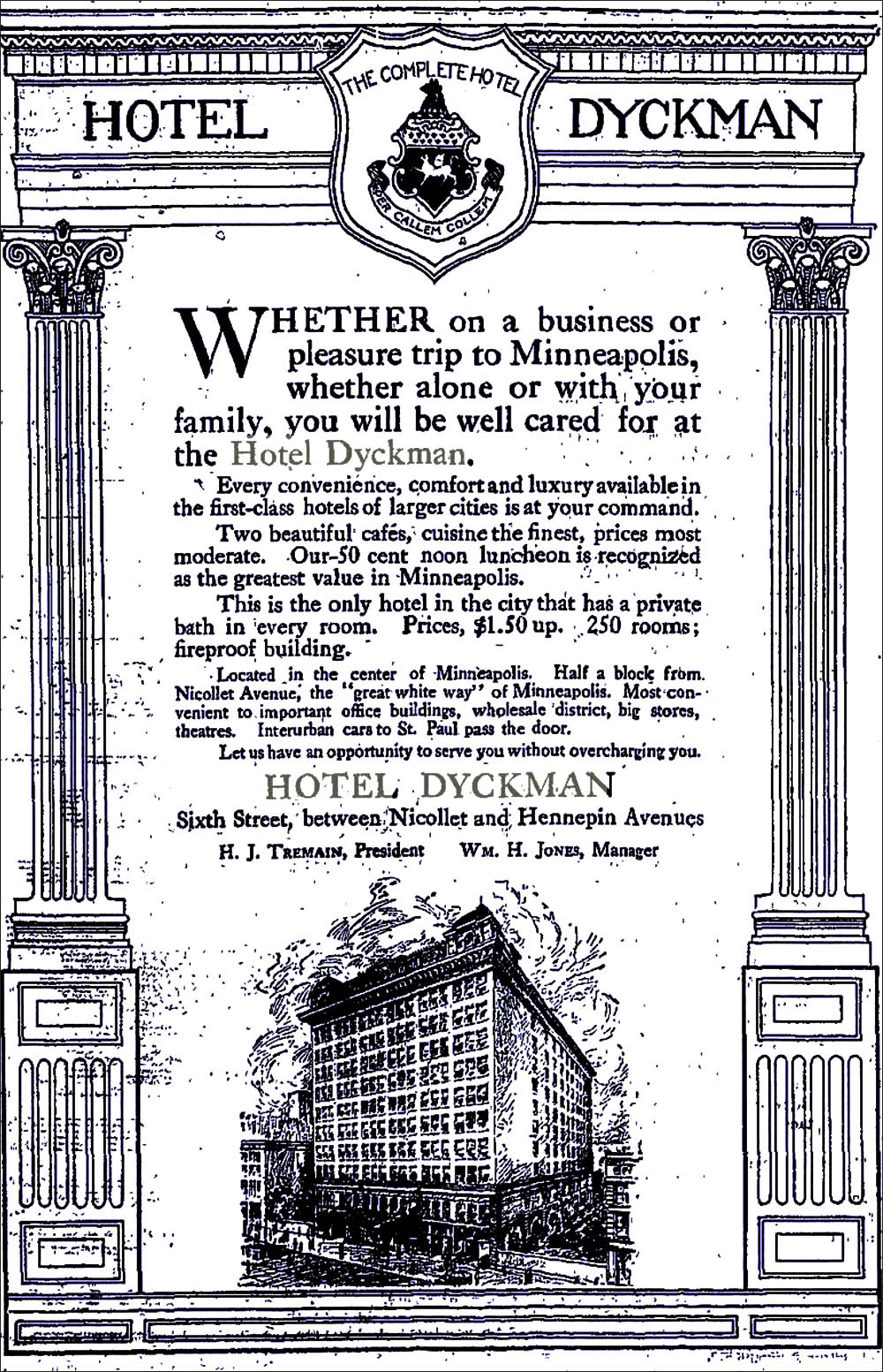 Ad from the Winona-Republican-Herald January 3, 1914 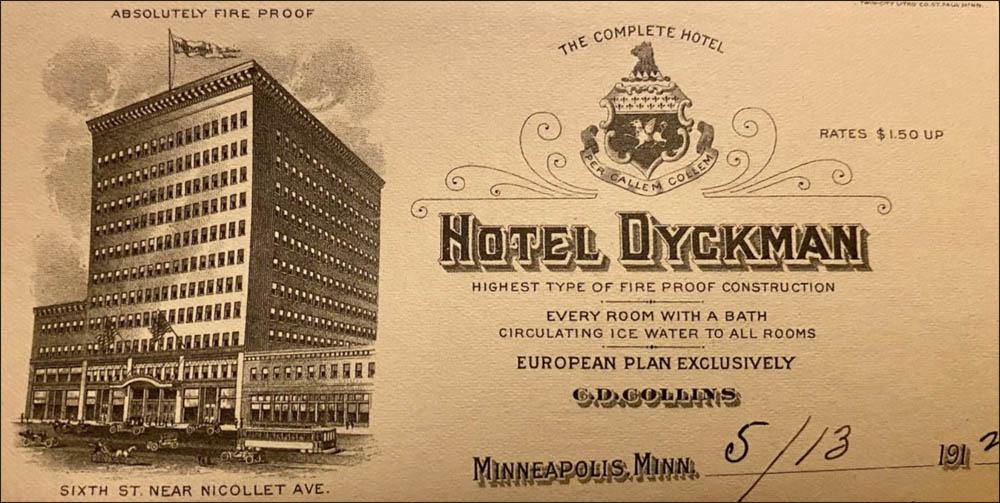 1912 Letterhead from the Hotel Dyckman 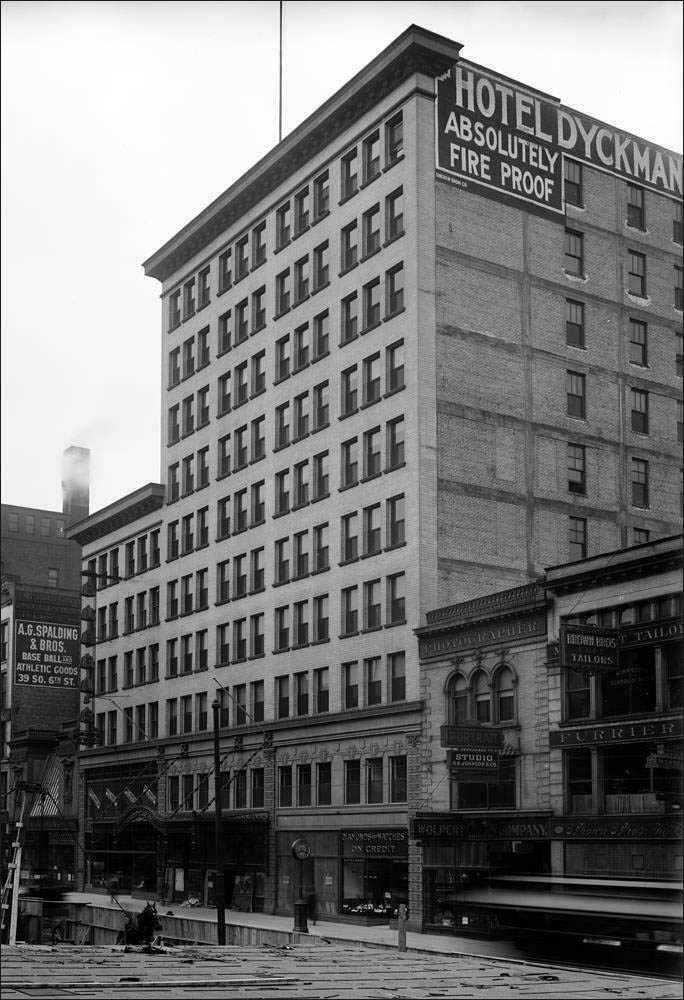 Notes: The 10-story, 340-room Hotel Dyckman, on 6th Street mid-block between Nicollet and Hennepin streets, opened May 3, 1910. By 1934, the Dyckman was one of the hotels in the American Hotels chain. In 1959, it was operated by the Cosmopolitan Hotel chain. It is listed in the 1973 Hotel Red Book as operated by WM Capital & Management Corporation, with 300 rooms, but by the 1970s the hotel was no longer competitive, and the site was more valuable than the building. The Dyckman was demolished on Sunday, November 18, 1979. The City Center opened in 1983 on the site.

Maddock Pottery made a china service that is crested with the Hotel Dyckman shield in red and green. Red pin lines flank a tan band at the rim, with another red pin line at the verge. Boutell Brothers of Minneapolis was the distributor. The 1917 Maddock Lamberton catalog lists the Dyckman as a customer.