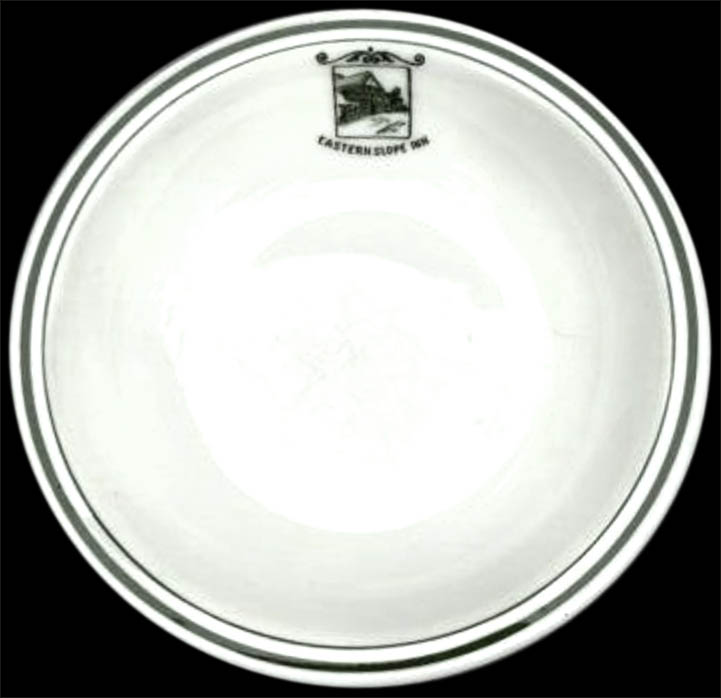 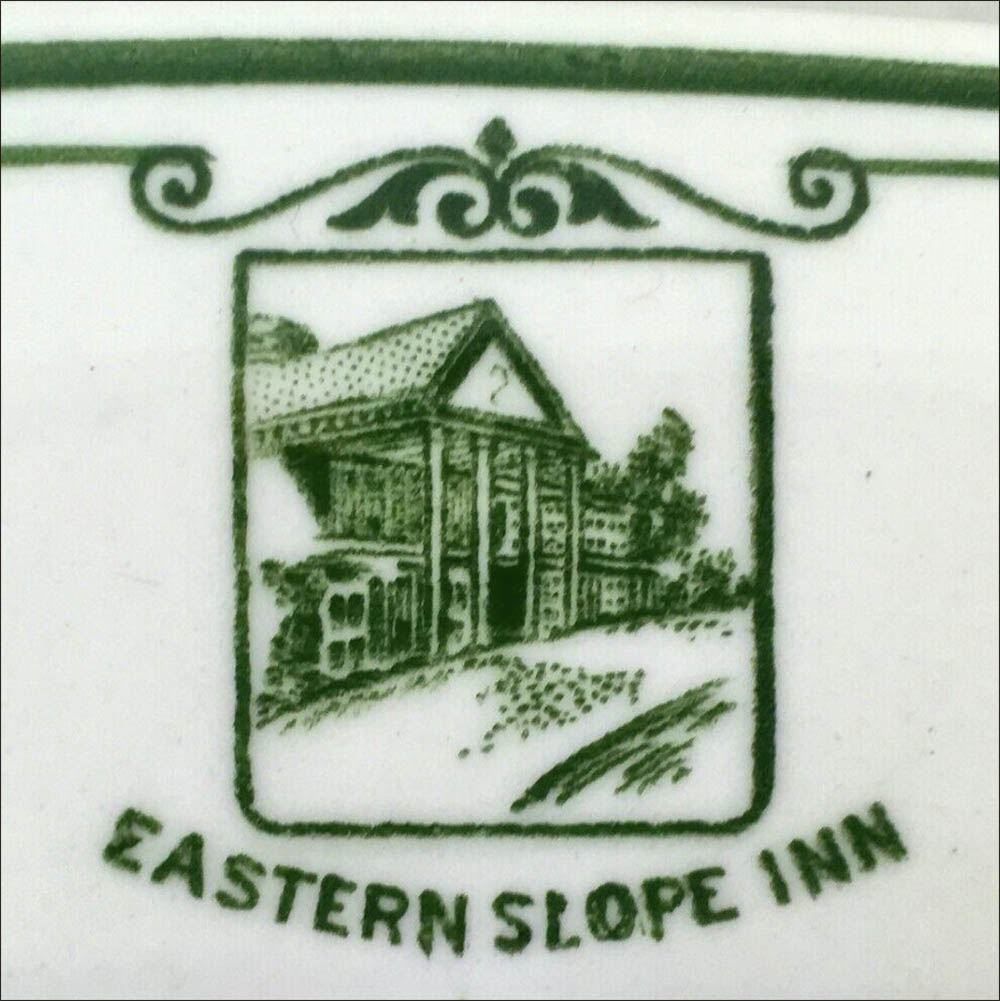 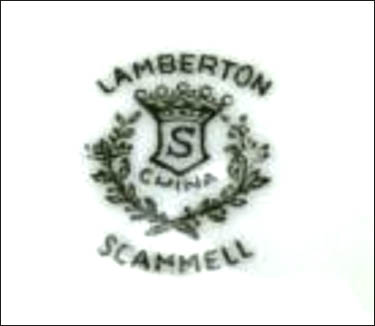 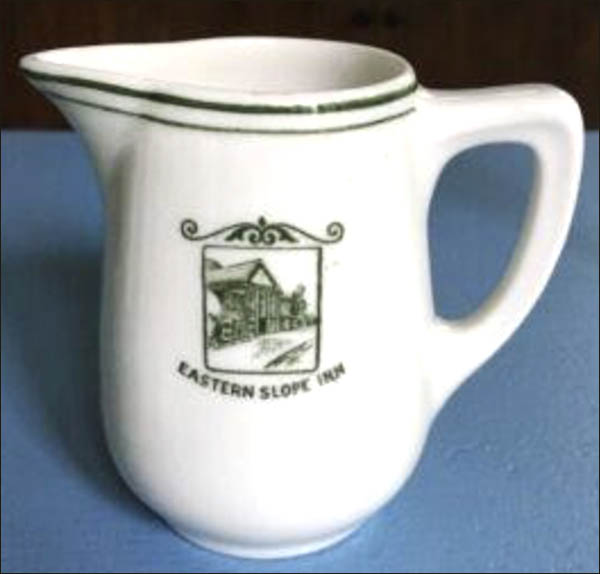 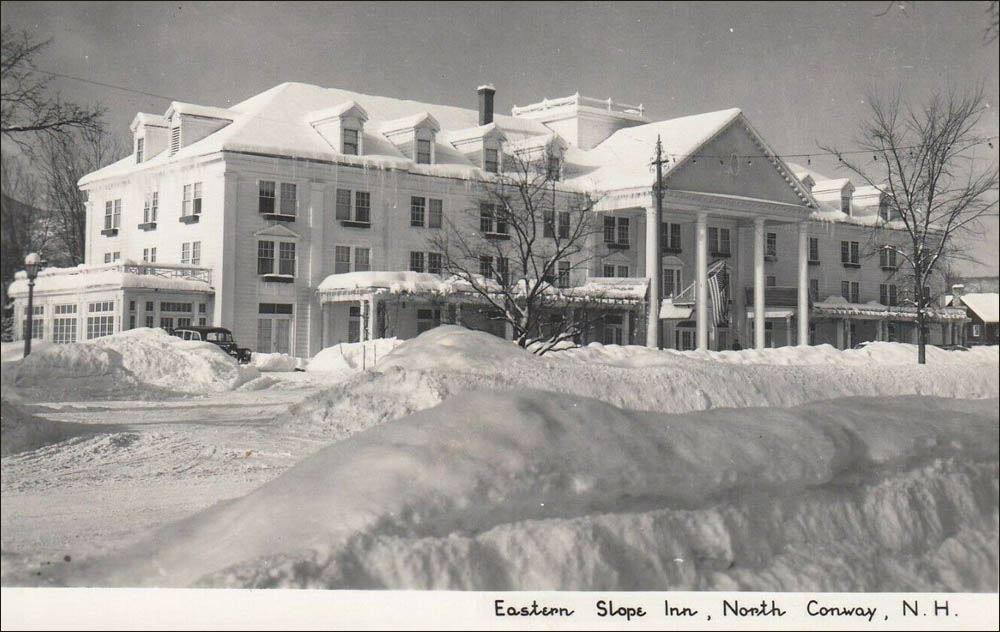 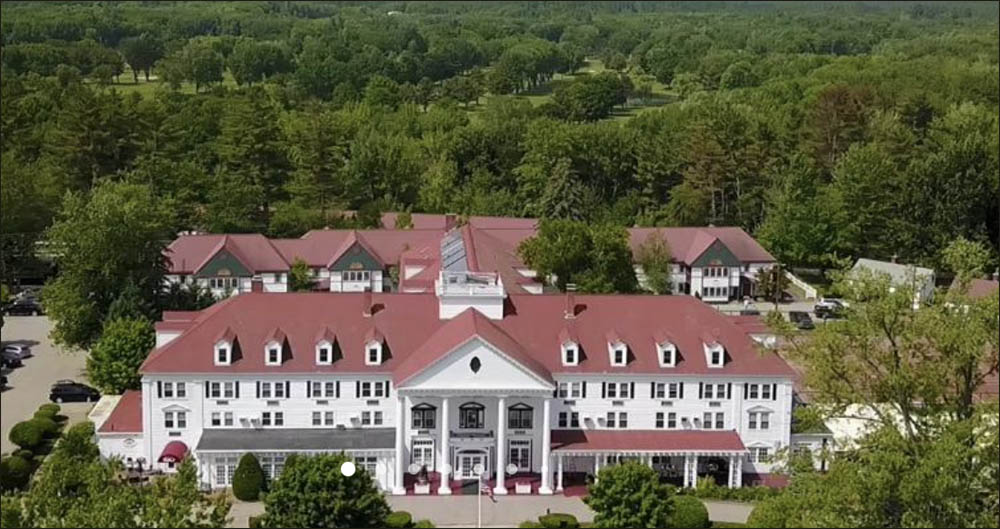 Notes:  This three and a half-story, 100-room hotel opened in 1926 as the Hotel Randall. In 1937, it was purchased by North Conway native Harvey Dow Gibson, president of Manufacturers Trust Co., and the name was changed to Eastern Slope Inn.  It became one of the hotels in Manufacturers Trust's National Hotel Management Company chain, which included the Hotel New Yorker. Part of the reason for the name change was to help promote downhill skiing in the area.

In 1977, the inn was purchased by Eastern Mountain Sports and converted to retail functions. Around 1982, it was sold to a group that converted it back to a hotel. In 2022, it continues to operate as a resort hotel.

Scammell produced a Lamberton china service for the renamed Eastern Slope Inn that features a green transfer illustration of the hotel entrance. Thick and thin green lines at the rim complete the pattern.