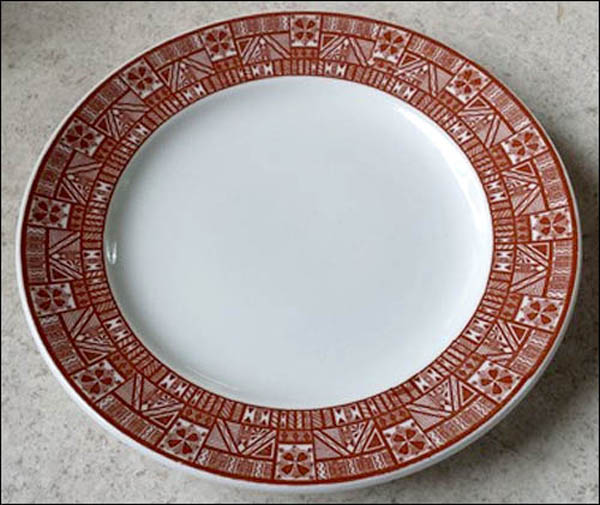 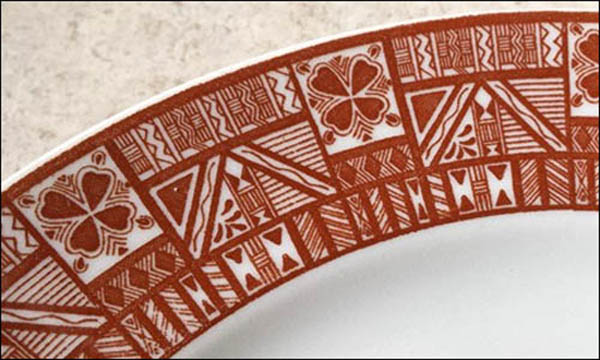 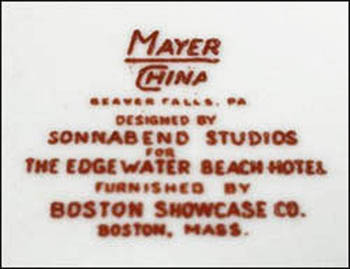 Notes: Now demolished and replaced by The Breakers residential tower, the Edgewater Beach Hotel in Chicago, Illinois, once consisted of an X-shaped low-rise hotel built in 1916, plus the addition of a southerly-located high-rise tower built in 1927.

The hotel hosted many notables. In 1949 Eddie Waitkus was nearly killed there by an obsessed fan (inspiring the story "The Natural"); and in 1963, Martin Luther King Jr. hosted the National Conference on Religion and Race there.

However, the hotel's fate was sealed when Lake Shore Drive was extended, cutting if off from the lake front. The hotel went into bankruptcy in 1967 and hosted Loyola students as temporary dormitories, but by 1971, the original hotel was demolished. The southerly-located tower remains as apartment buildings.

White body with brown repeating panel design composed of geometric designs, prominent among them a four-lobed cloverleaf. Backstamped as designed by the Sonnabend Studios, the pattern is occasionally referred to as the Tapa design.