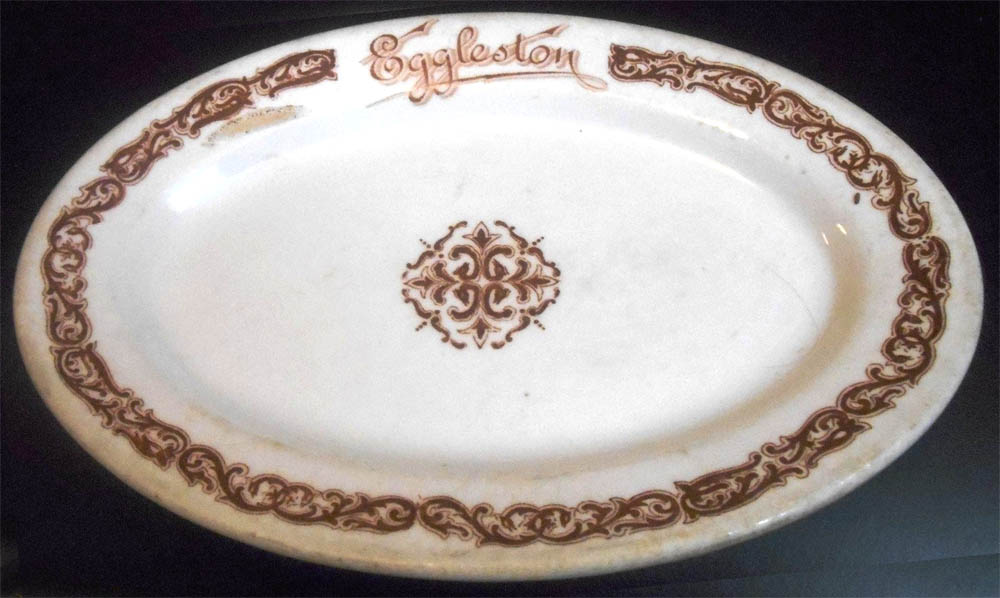 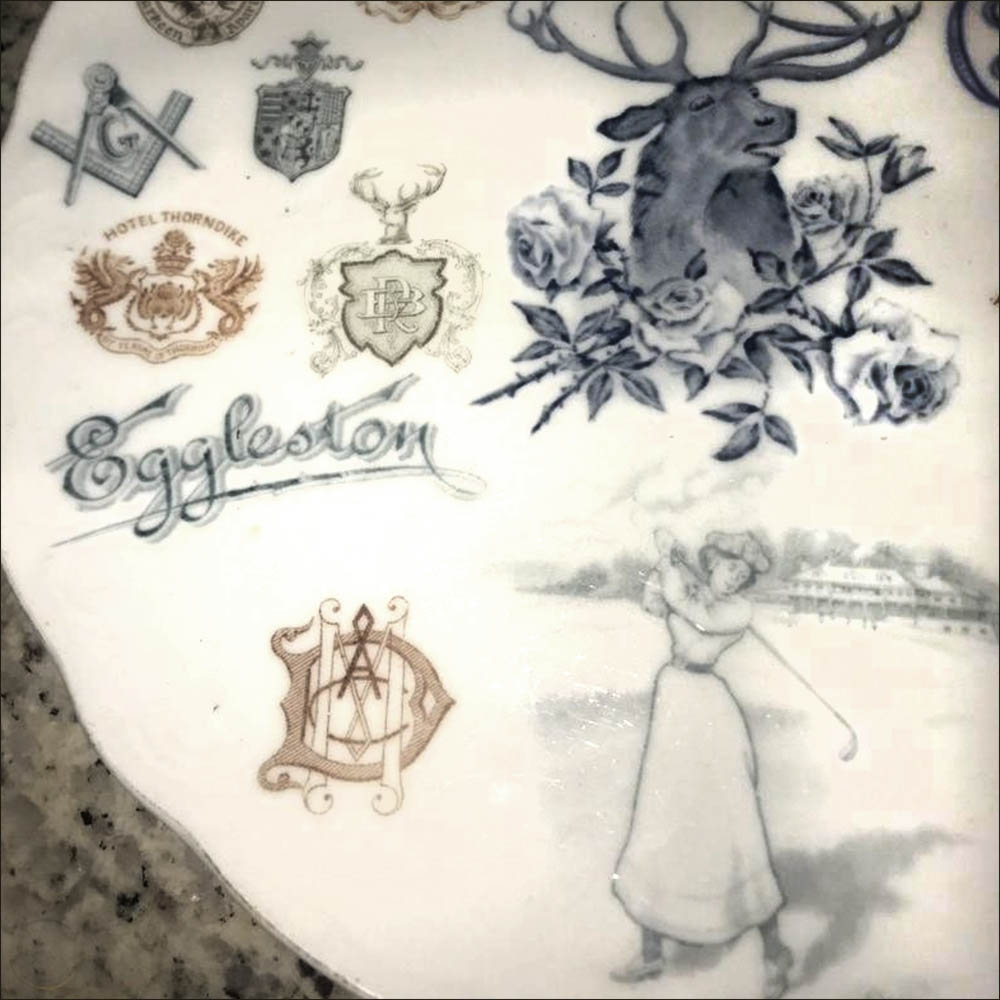 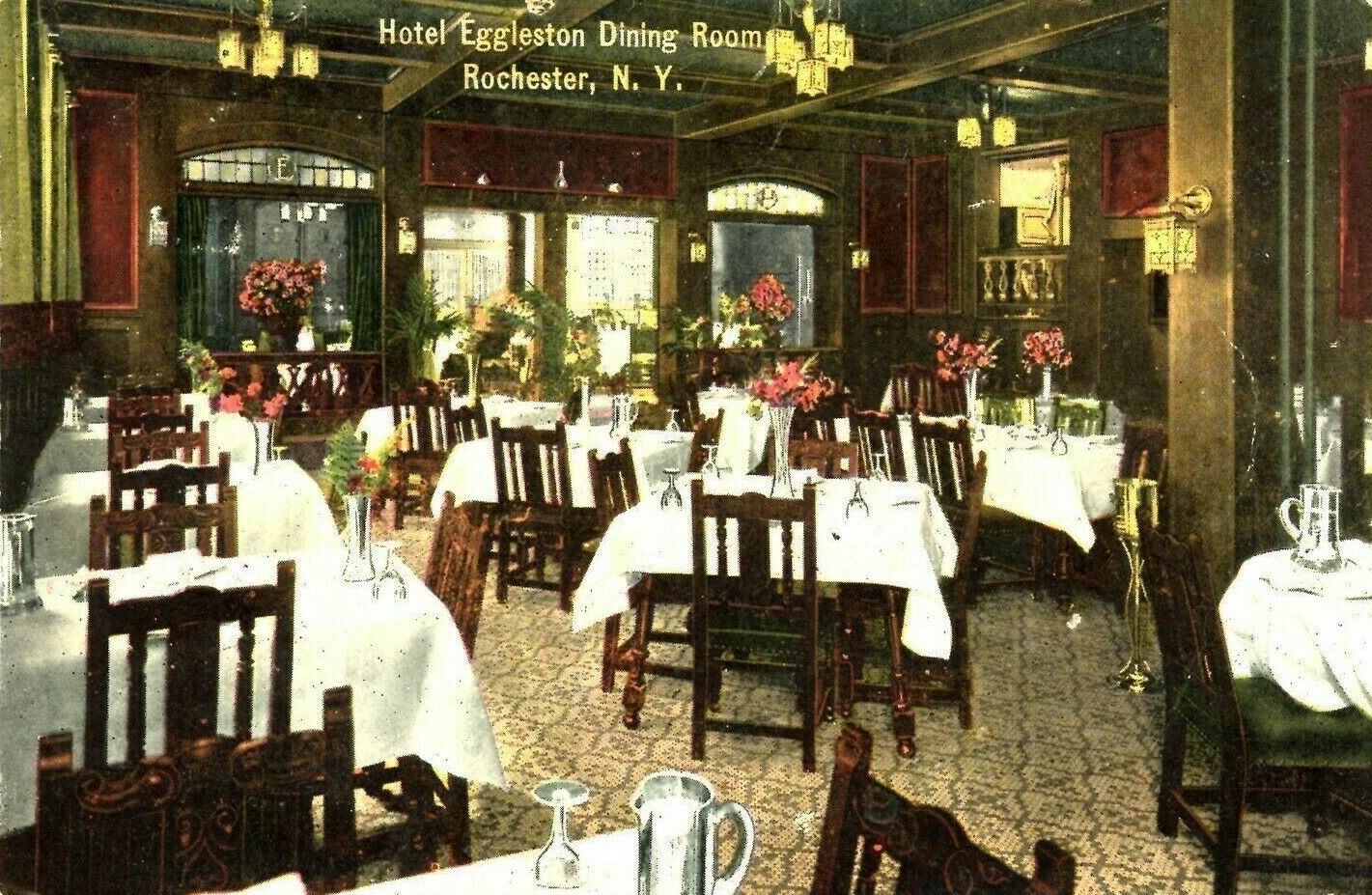 Dining Room at the Hotel Eggleston 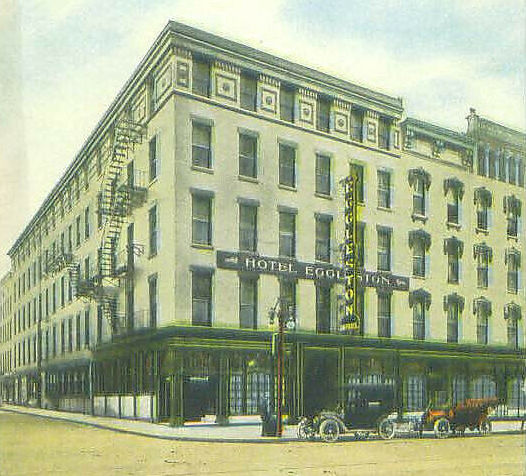 Notes:  The five-story Hotel Eggleston, at 159 East Main Street in Rochester, New York, opened around 1898. Part of the building may have dated back to just after the Civil War. Smith Eggleston & Company was the operator. In 1925, Hotel Eggleston moved to a new location on South Avenue, and the Main Street building was torn down.

Syracuse China produced china for the Eggleston crested with the hotel name in script, with a return swash on the "n." Flanking the name crest is Syracuse's Persian border #2310 in Claret Brown. A platter in this pattern is date coded for 1905. The Eggleston name crest is shown above on a circa 1900 Syracuse sample plate.

Source:
Rochestersubway.com – May 9,2013 – History of building