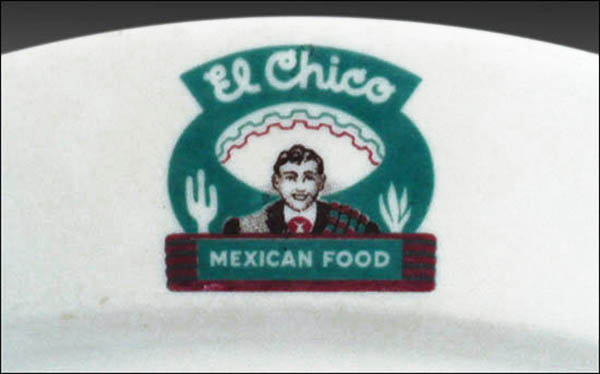 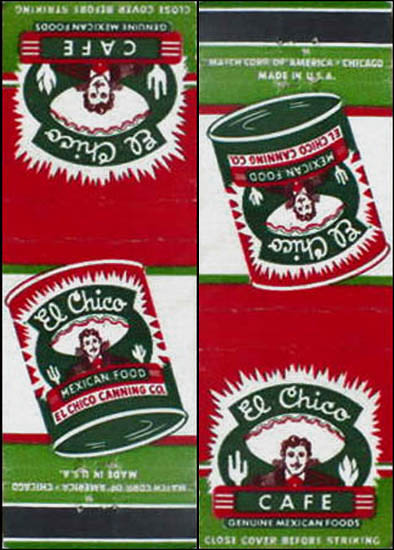 Notes: Website. D Magazine ran a story in its November 2013 issue about El Chico, the Cuellar family's restaurant that was credited with introducing Mexican food to Americans. The family opened the first El Chico in 1940 in Dallas that eventually grew into a chain, including one location at Six Flags over Texas amusement park.

By 1963, El Chico introduced restaurants beyond Texas, and it sold public shares of the company in 1968. As of 2014, the company is owned by Consolidated Restaurant Operations.

As shown on the matchbook below, the Cuellars also operated El Chico Commissary – now inactive – that produced a line of canned and frozen products.

The El Chico logo has the word El Chico (above) and Mexican Food (below) in teal green with the bust of a man in the center wearing a sombrero and flanked by a cactus on each side.