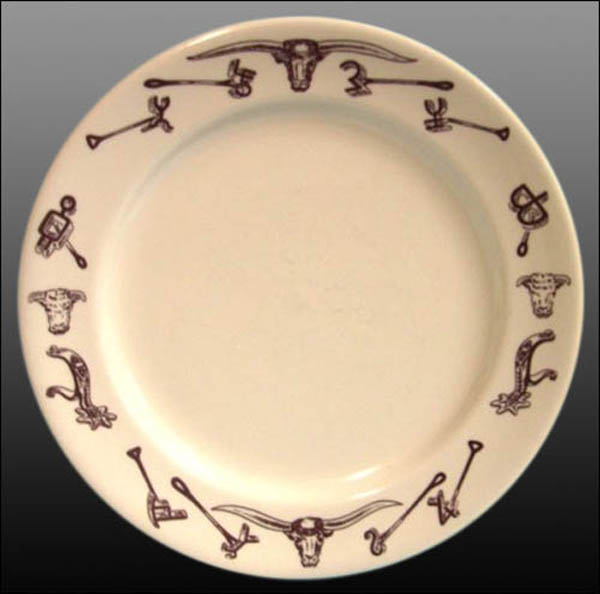 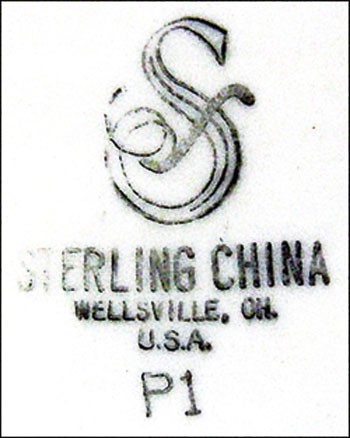 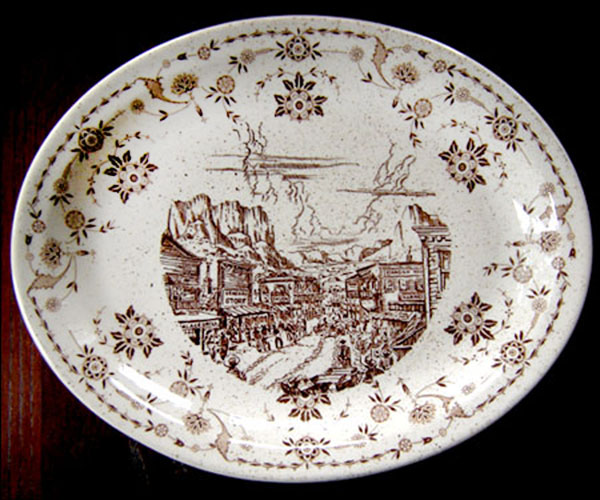 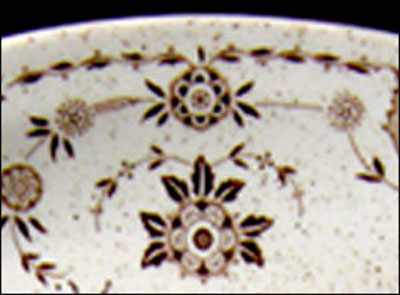 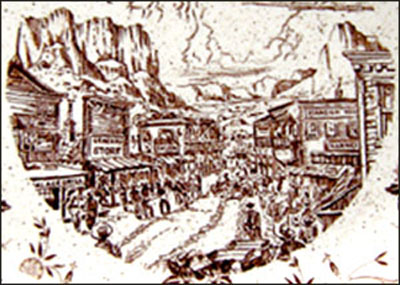 Notes: These are two interesting variations of the El Rancho pattern popularized by Wallace China (and also Shenango). The first, a plate, has only the border of brown branding irons, longhorns, shorthorns and spurs with no central motif.

And the center-of-the-well brown transfer design on the second piece, a platter, shows an old Western town scene with wooden buildings, a dirt road and town folks, but its unknown floral chintz border is not part of the El Rancho pattern. This border was produced by Sterling Lamberton for other users, including the Whitehall Hotel.

The book "Restaurant China Volume 1" shows its El Rancho pattern with the border of our plate and the central design of our platter, with the note that the pattern (as of the book's publication in 1998, when Sterling was still in business) was originally produced on "a tan body, it is now produced in an ivory body."