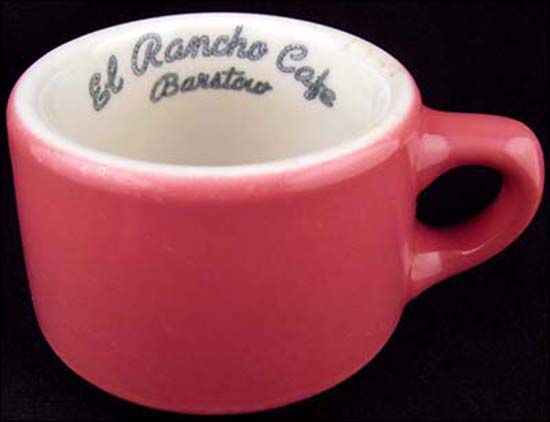 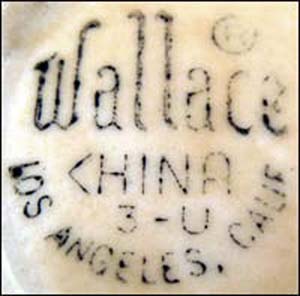 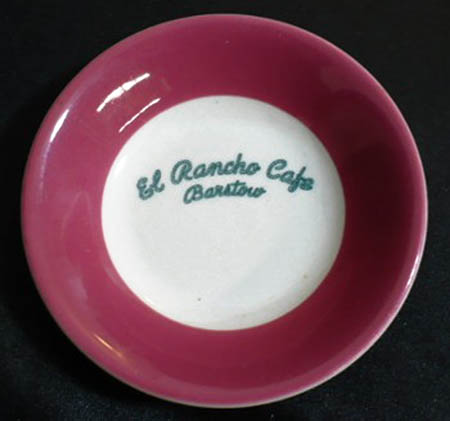 Notes: Known as a "Mother Road landmark" on Route 66 in Barstow, CA. Several buildings, including the El Rancho, are being preserved as part of the original Route 66.

White body with maroon exterior on the cup or maroon band around the rim of the butterpat. El Rancho Cafe, Barstow written in script with a rope.