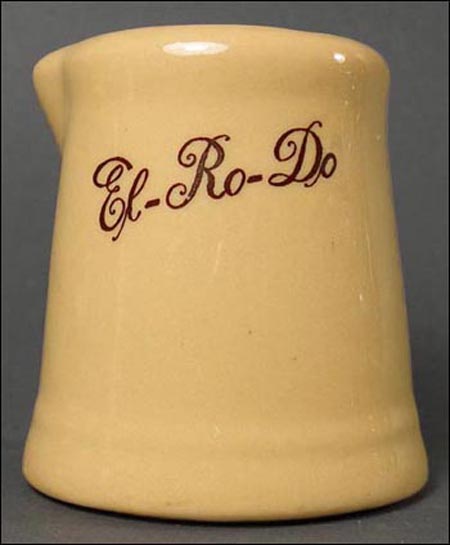 Notes: The El-Ro-Do Restaurant was located on River Street in Hudson Falls, N.Y., and was owned by Ernest LaBarge and his wife Eva.

According to their granddaughter, Leslie LaBarge, "They named the restaurant after their three surviving children: "El" for Eleanor, "Ro" for Robert and "Do" for Donald, my father. They lived above the restaurant and all three children worked there with their parents. "It was a huge meeting place in Hudson Falls."

On the creamer, the name El-Ro-Do is in a script font set at an angle in a deep maroon red. The body of the creamer is Buffalo's Colorido yellow clay body, which was introduced around 1929.