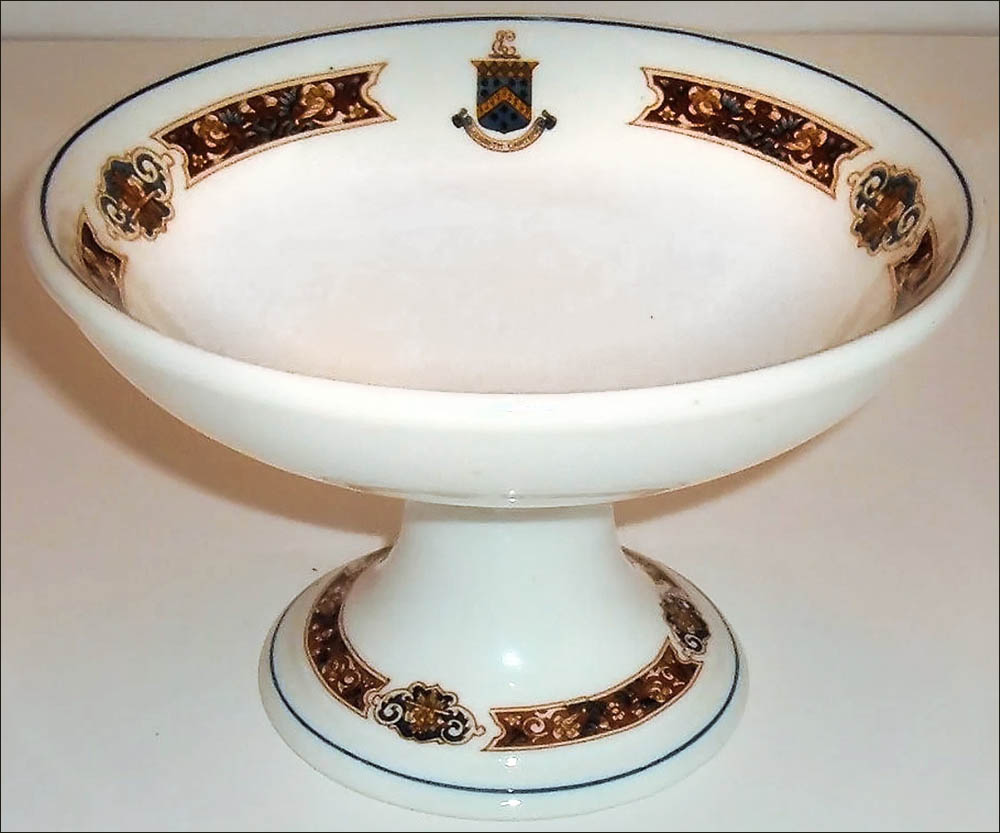 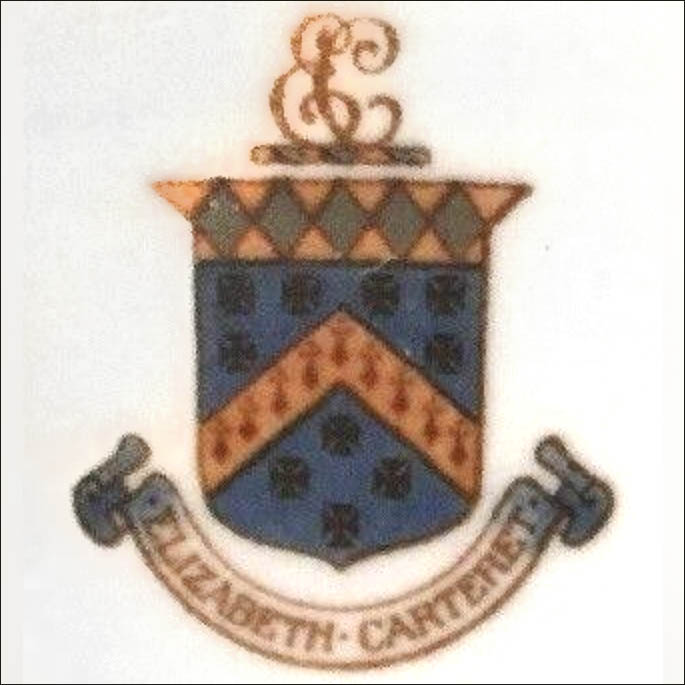 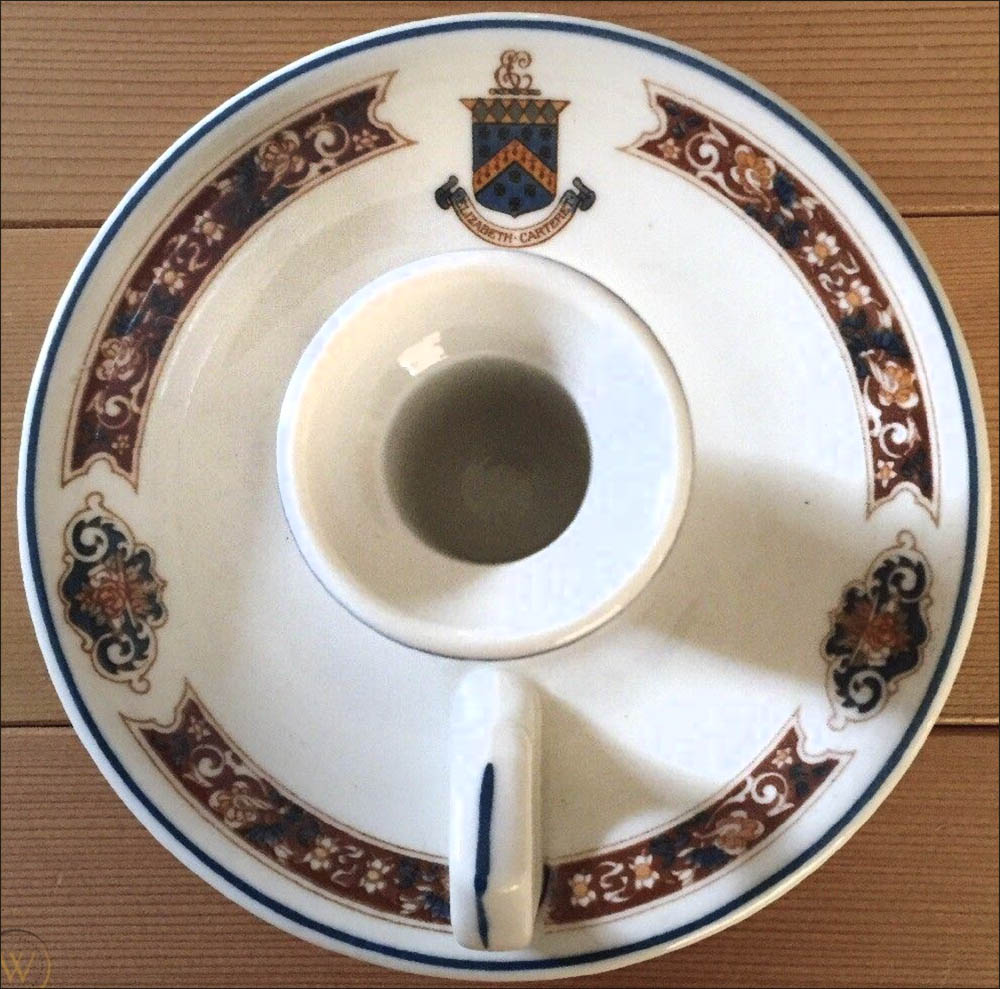 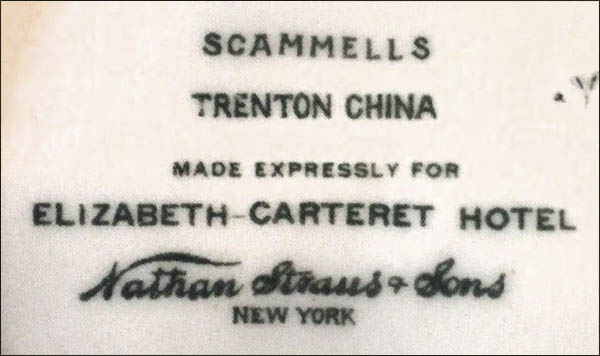 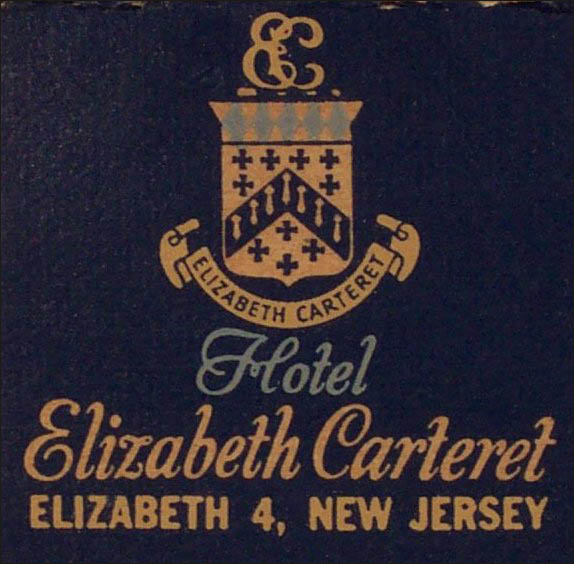 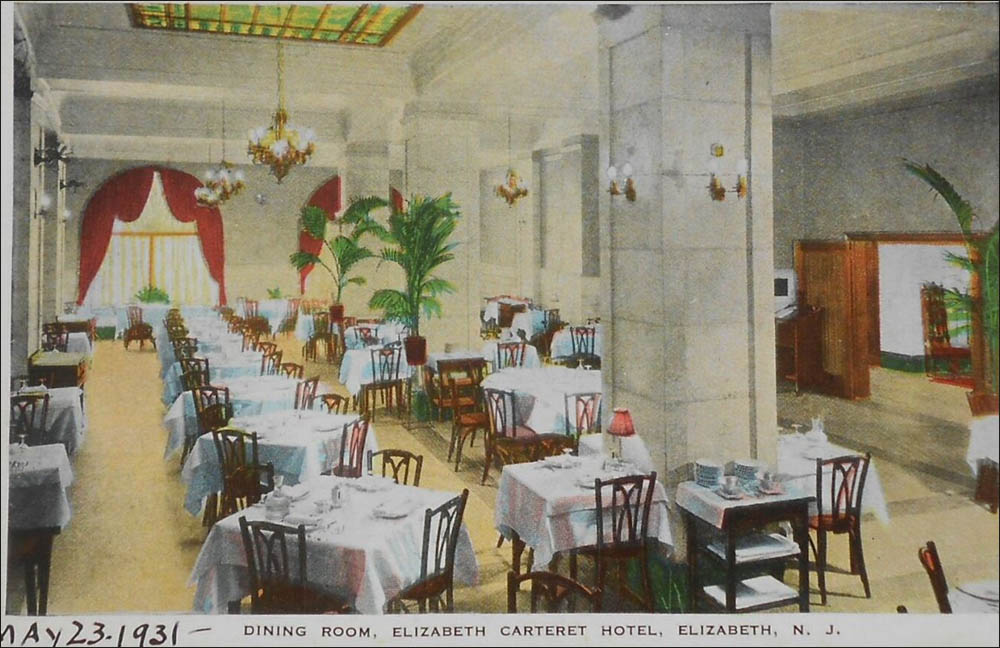 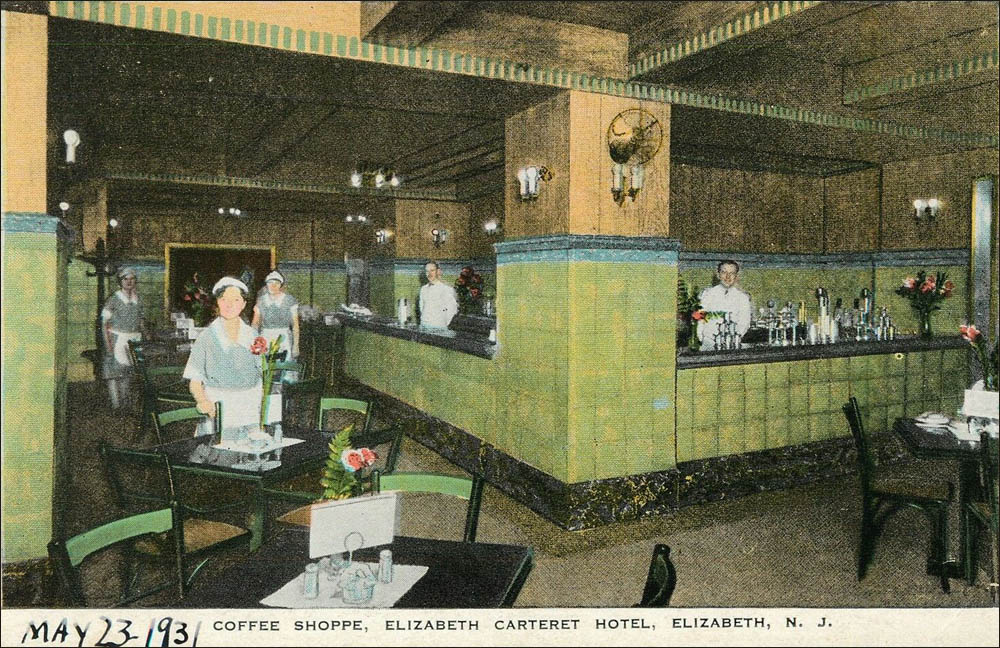 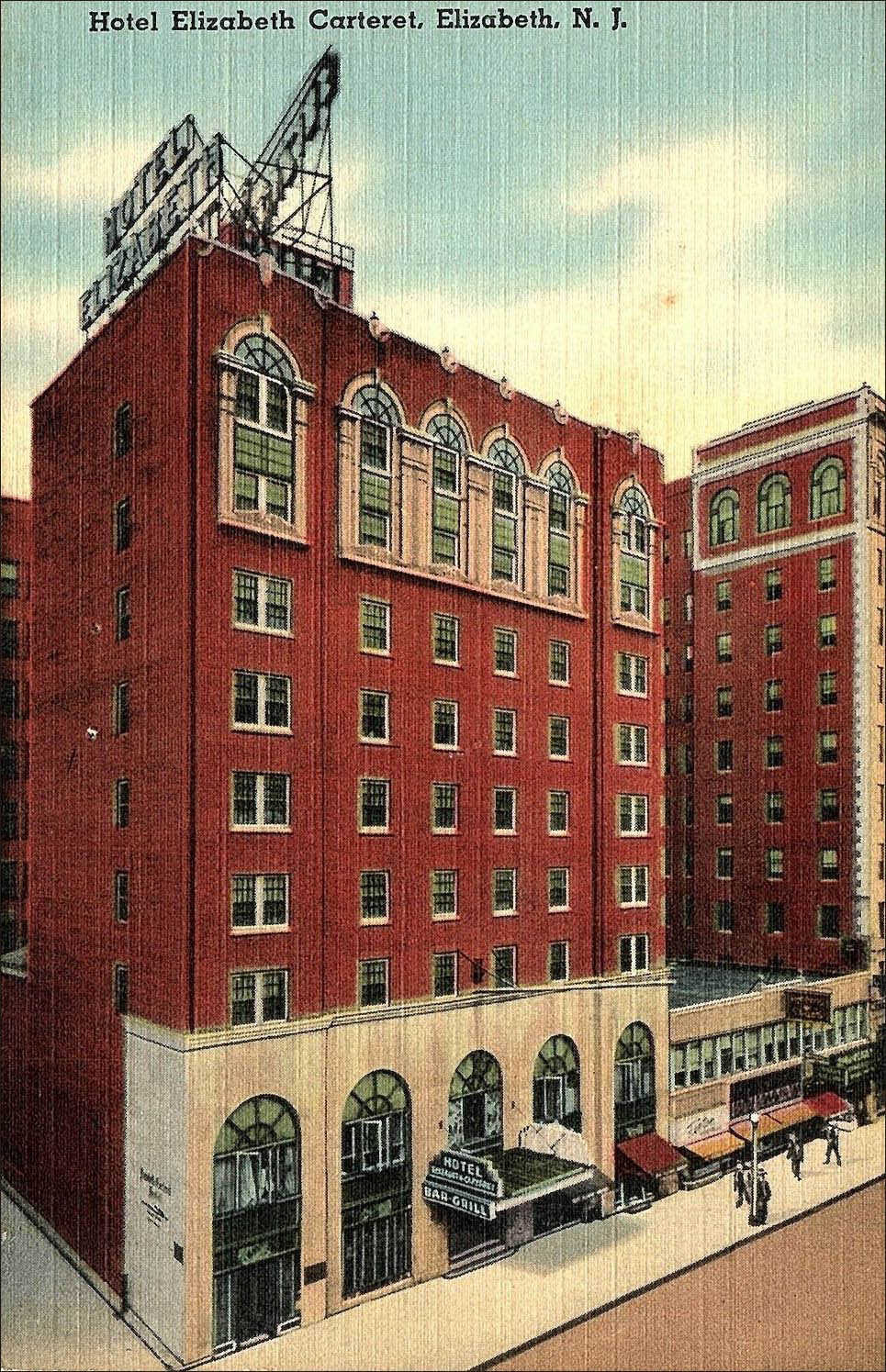 The Elizabeth Carteret Hotel is listed in the 1972 Hotel Red Book but is not listed in 1973. The former hotel was transformed into an assisted living residence in 2004. In 2008 it became Amber Court of Elizabeth, New Jersey.

Scammell made a china service on Trenton China base that is crested with the hotel shield. A brown background panel and floral basket border flanks the crest. This decal border was introduced around 1922 and was used by several other customers.  Nathan Straus & Sons was the distributor. Postcard views of the dining room show above, have match holder/ashtrays on the tables.