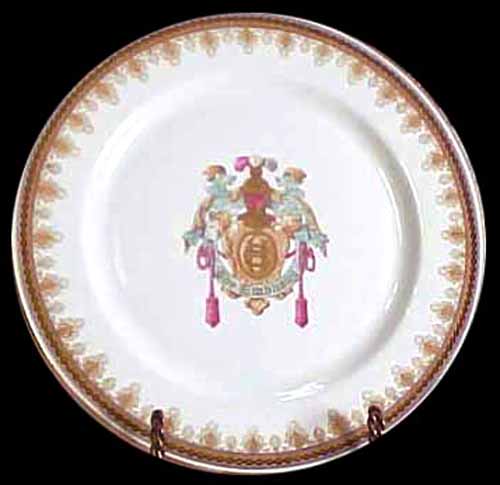 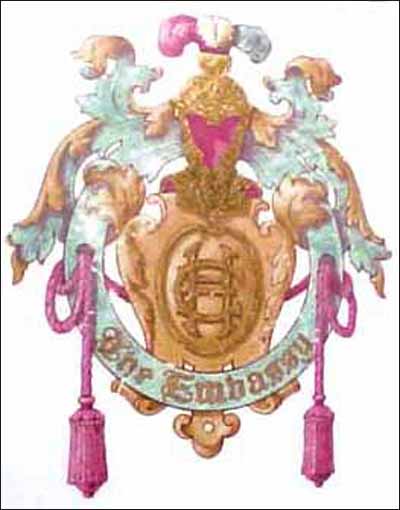 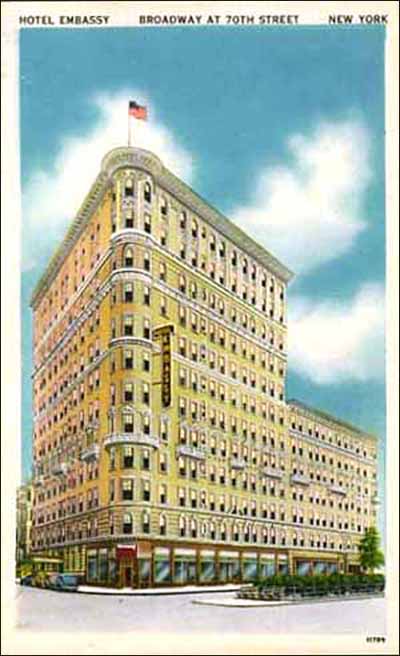 Notes: The 12-story, 350-room Embassy Hotel was built as the Ormonde Hotel on Broadway at 70th Street, New York City and then became the Embassy in the mid-1920s. At some point in the middle of the 20th century it fell into disrepair and was converted into apartments around 1976.