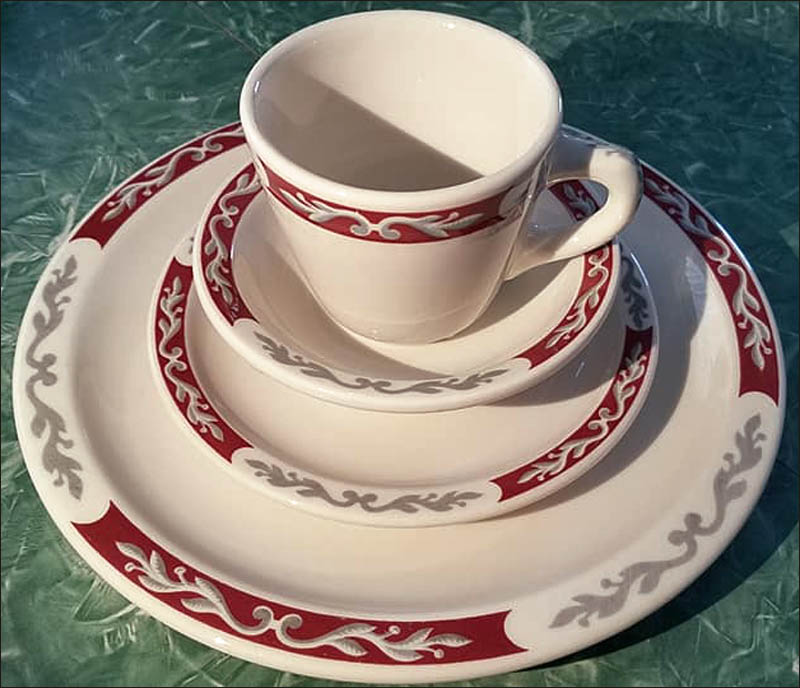 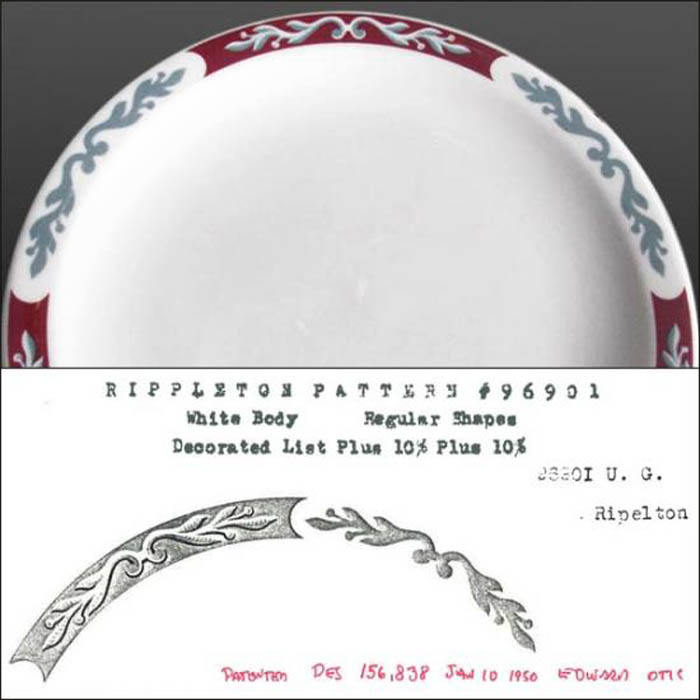 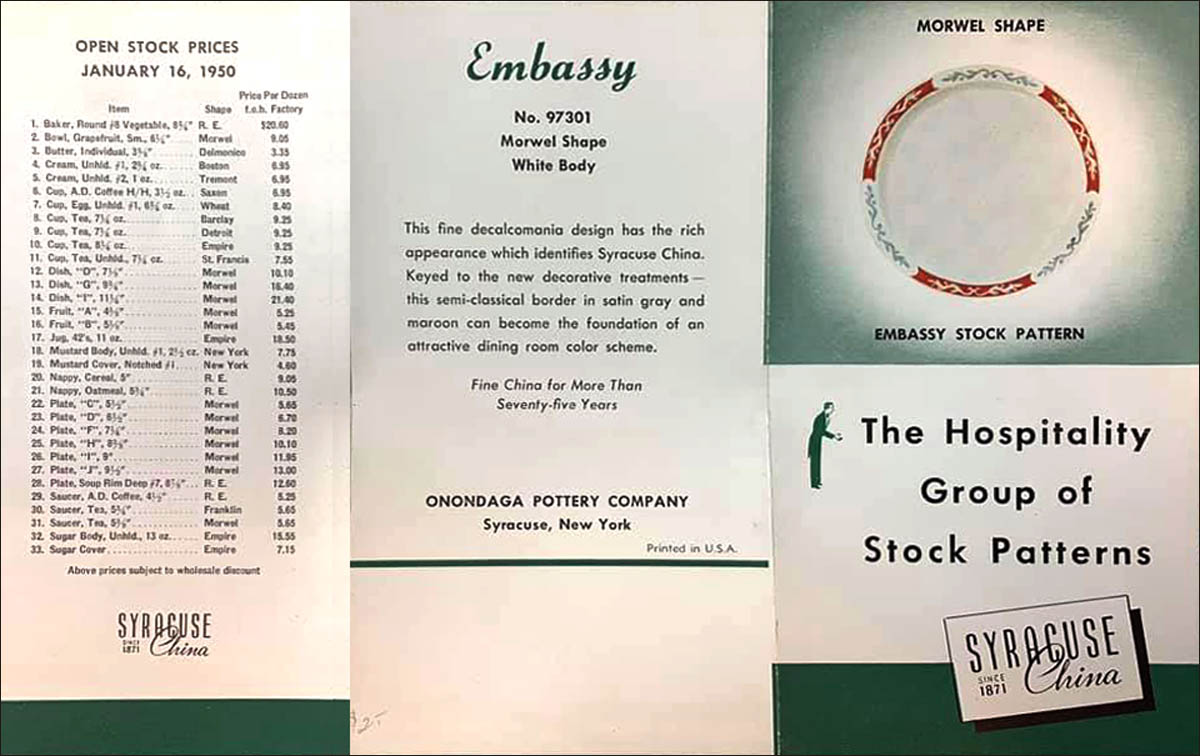 Notes: The Embassy pattern was made for many years by Syracuse in the scrolling leaf pattern in gray and burgundy red. It is shown in a 1970 catalog under that name, and as you can see from the excerpt from a Syracuse catalog shown below, the design was patented on Jan. 10, 1950, as Underglaze Pattern #96901, with the name Rippleton (or per the drawing, possibly Ripelton). The designer was Edward Otis. There is a tiny, hard-to-see difference between the two versions, and it could reflect the difference between the original drawing and its execution or a tweak that accounts for the name change.