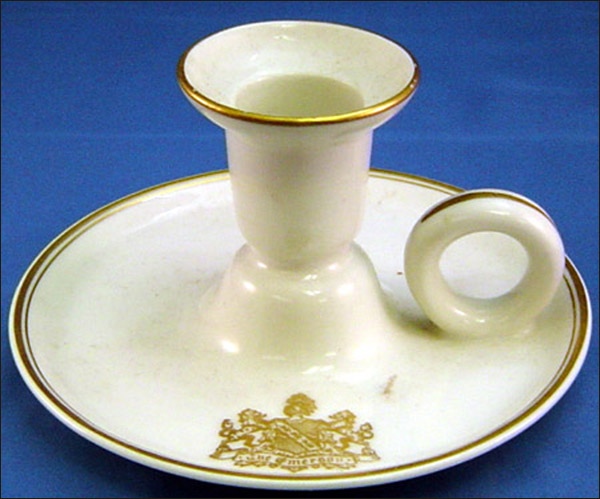 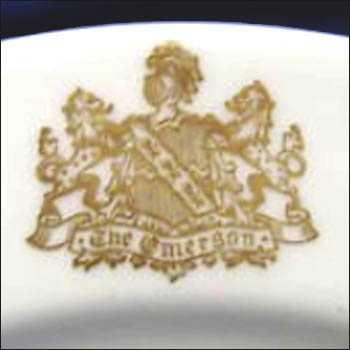 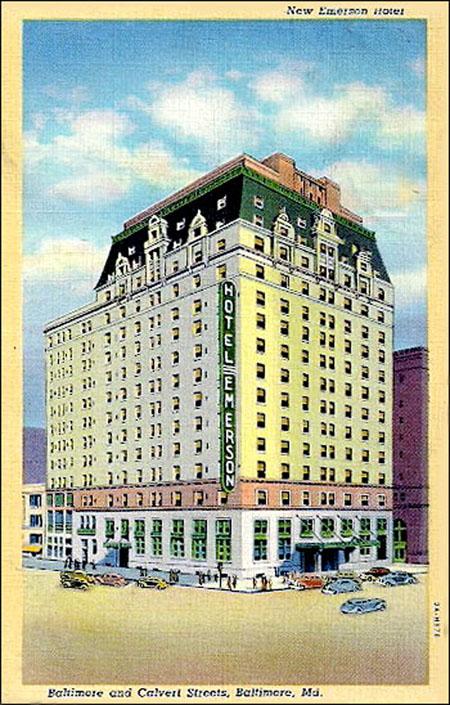 Notes: The (new) 18-story Emerson Hotel of Baltimore, Maryland was built in 1911 by Isaac Emerson — the Baltimore manufacturer of Bromo-Seltzer. The hotel was demolished in 1971. The site, at the corner of Baltimore and Calvert Streets, is now occupied by the Baltimore headquarters building for SunTrust Bank. Prior to the building of the Emerson, the lot had been the site of the Baltimore & Ohio Railroad Building, which burnt to the ground in the Great Fire of 1904.