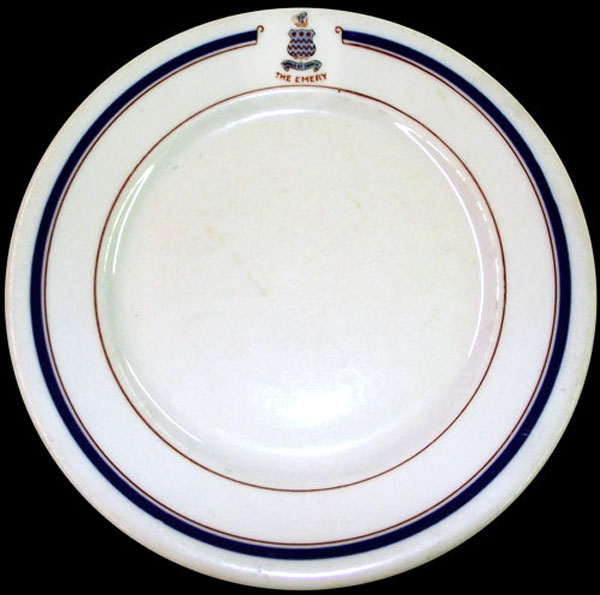 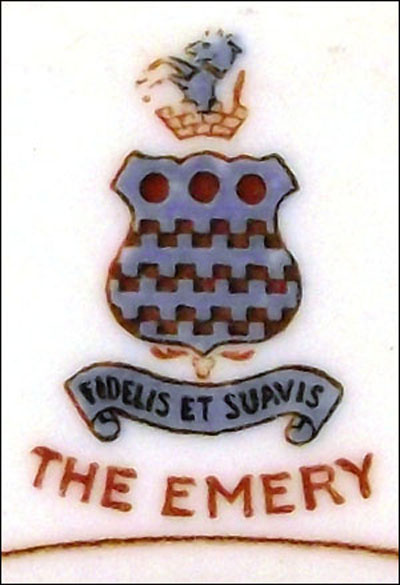 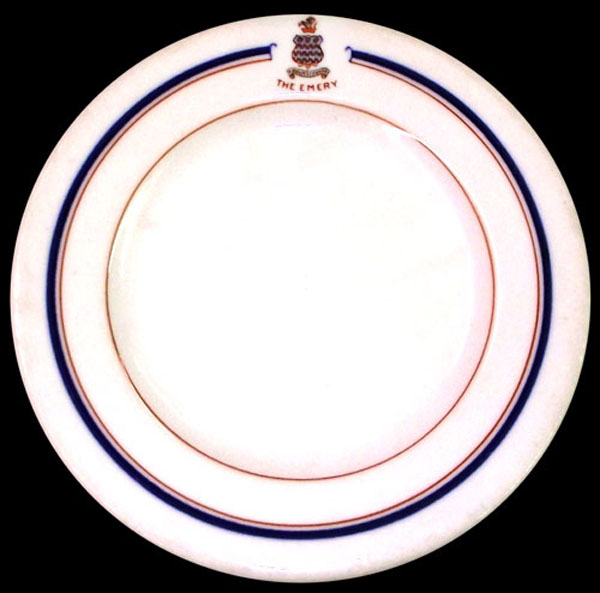 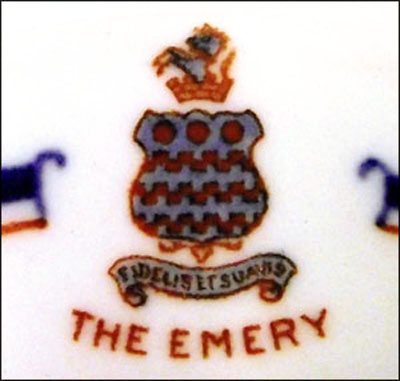 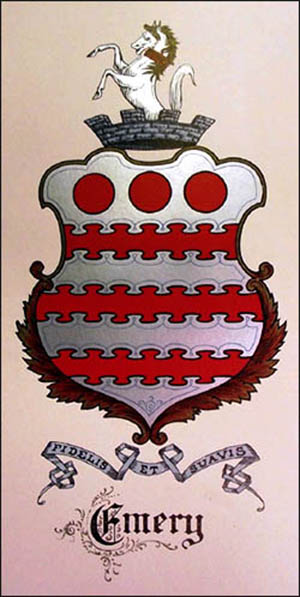 Notes: The seven-story, 150-room Emery Hotel was located at 2 South Avenue and Main Street in Bradford, Pa. It opened Feb. 22, 1929 and was built by Miss Grace E. Emery and named in honor of her father, Pennsylvania State Sen. Lewis Emery, who died in 1924. The hotel closed in 1964 and was purchased by the University of Pittsburgh at Bradford, and converted into a student dormitory. In 1983 it was converted into a 101-unit apartment for seniors, and renamed Emery Towers.

Photographs and information come from the collection of the Bradford Landmark Society, 45 E. Corydon St. Bradford, PA 16701. Included in their collection are pieces by both Scammell and Shenango.