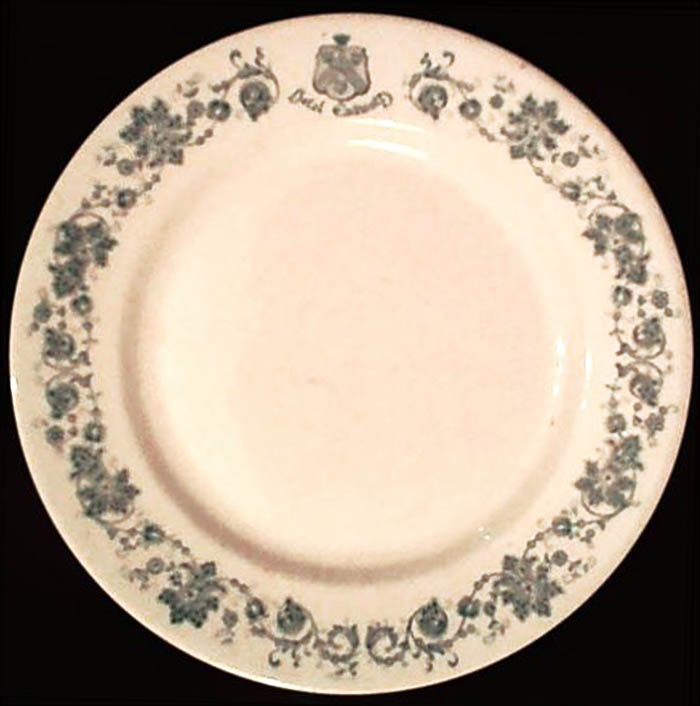 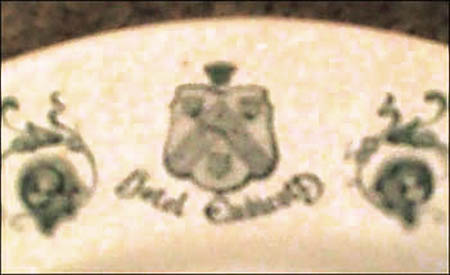 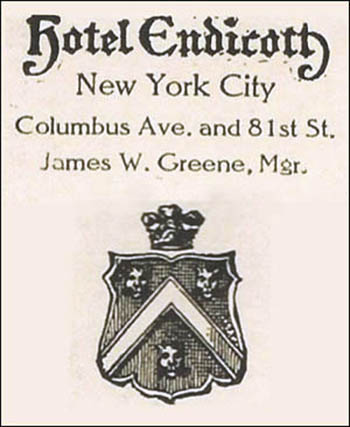 The plate is crested with a concave/convex-sided shield with chevron in center; two animal heads above the chevron and one below; a three-feather crown above. "Hotel Endicott "is curved below. The #146 Breslin border design is in a blue green transfer print.