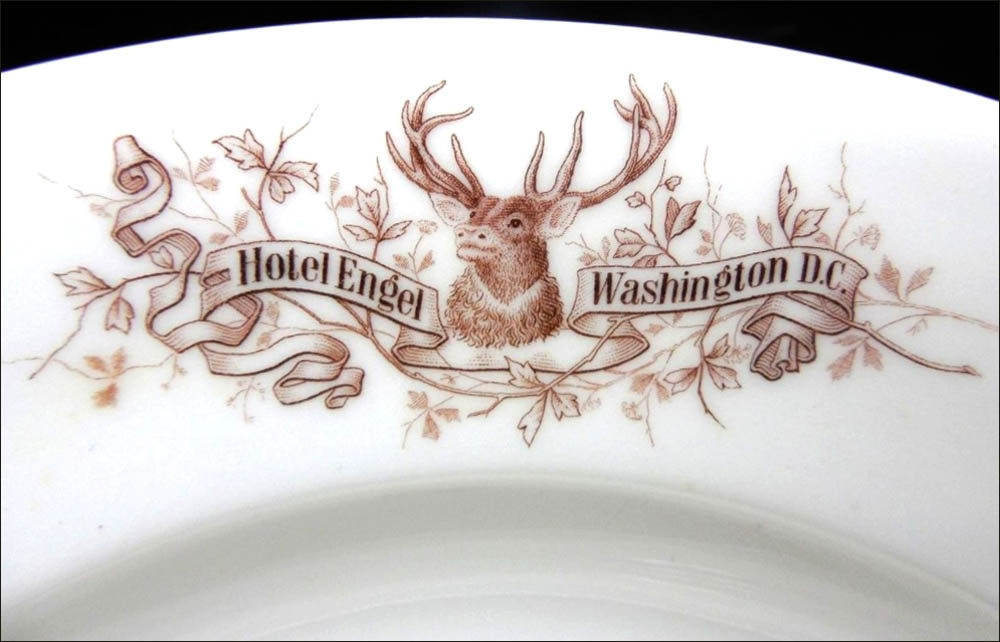 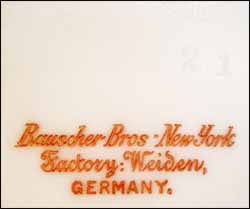 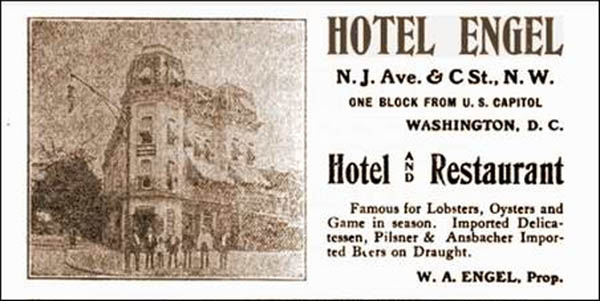 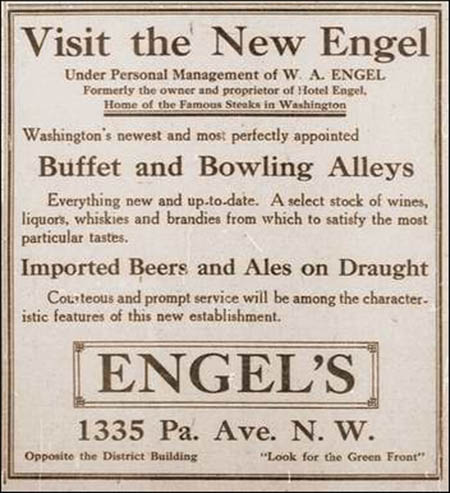 Notes: German immigrant William A. Engel was the original owner and proprietor of the Hotel Engel, located on New Jersey Ave at C St. in Washington, DC — one block away from the United States Capitol.

The earliest reference to the Hotel Engel is a private mail card/advertisement dating to 1898 and additional references were found in The Washington Post up through October 1913. The hotel was not listed in Hotel Red Book in either 1915 or 1928, according to Larry Paul's 20th Century Hotel Research Database.

W. A. Engel also owned several businesses in the District of Columbia, including the New Engels Buffet and Bowling Alleys featured in the December 1910 advertisement shown below.

White body with a brown topmark, featuring a stag surrounded by foliage atop a ribbon banner with Hotel Engel Washington D.C.