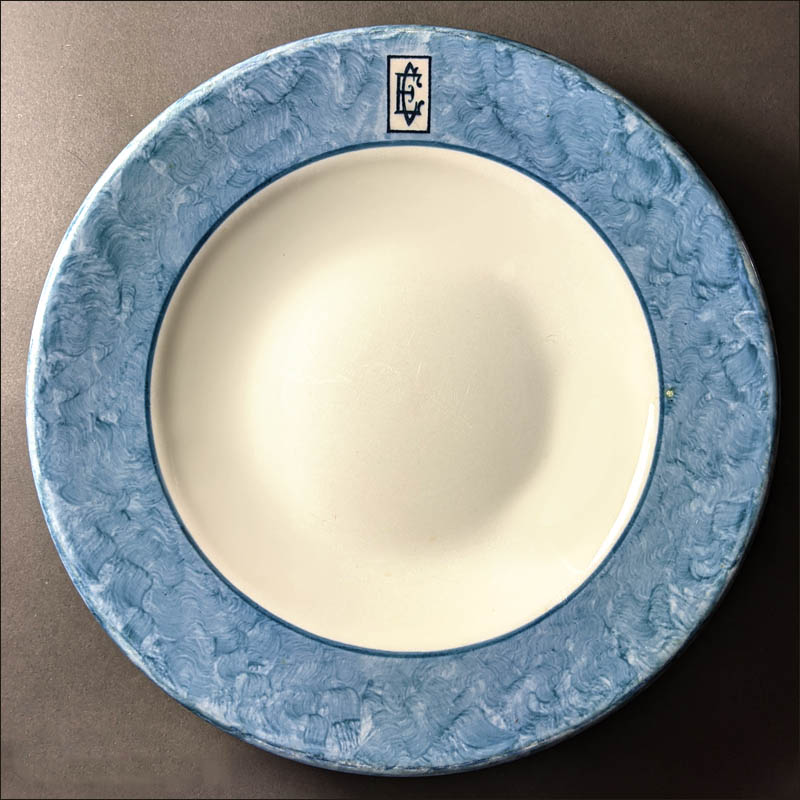 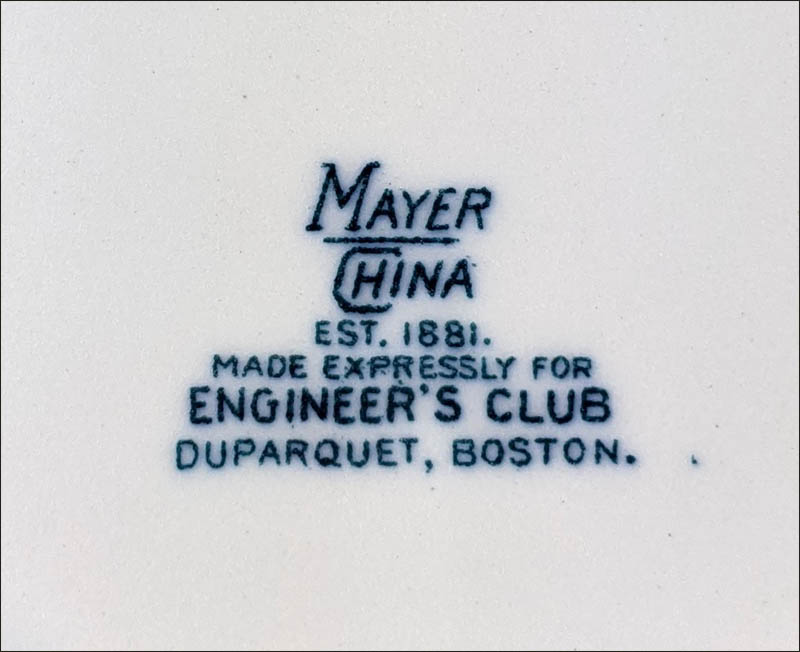 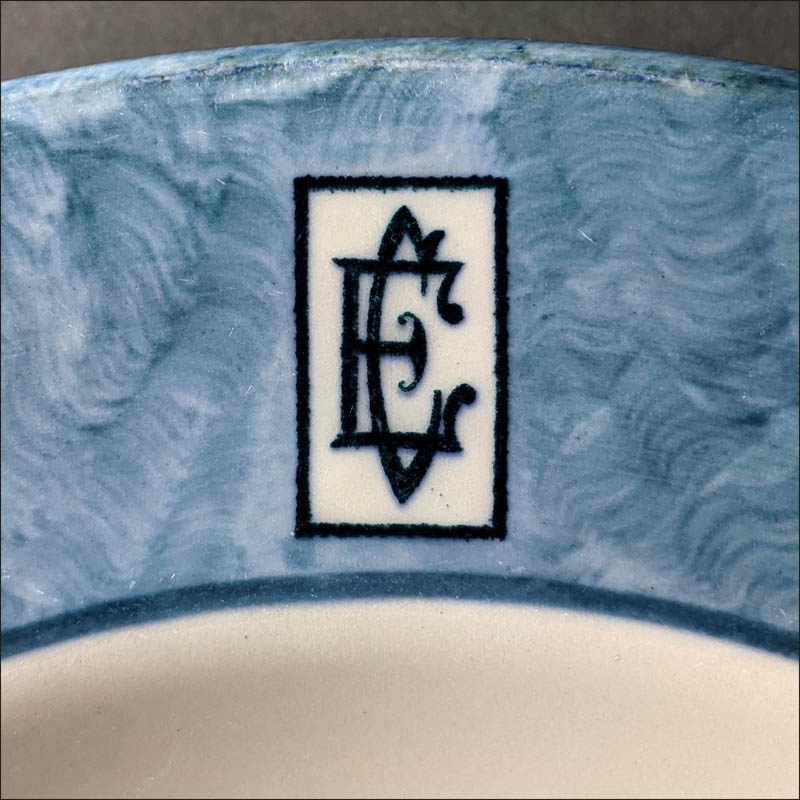 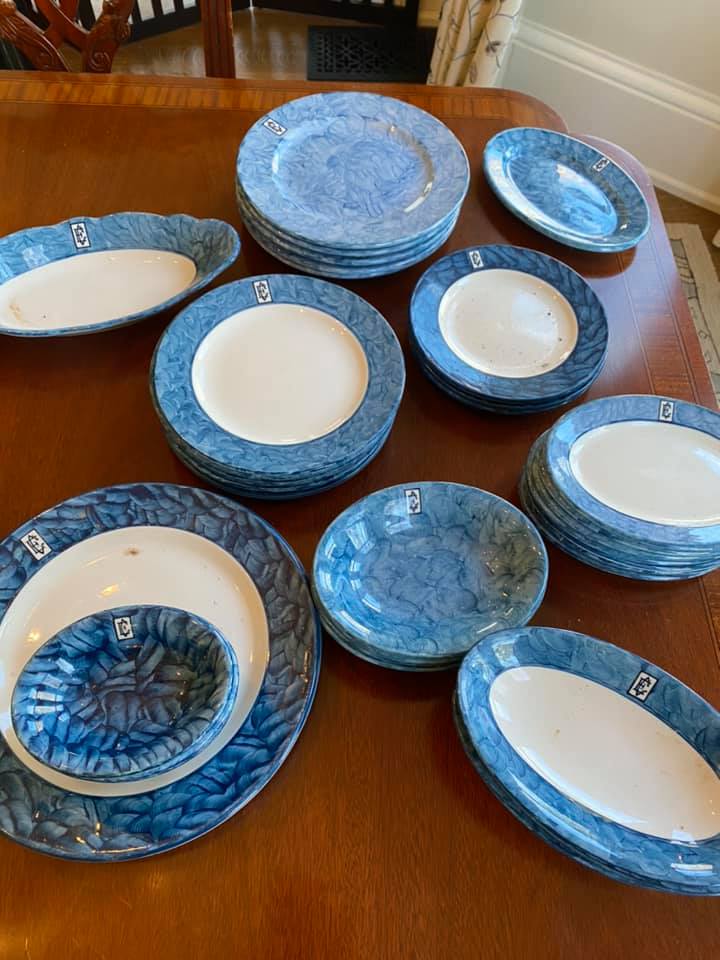 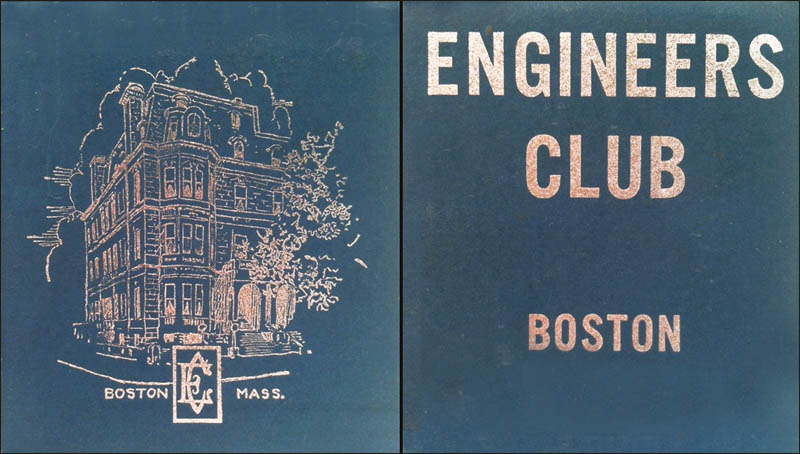 Notes: The Engineers Club, located in Boston as identified by the backstamp, was located at 96 Beacon Street in Boston, according to a matchbook shown above. Little has been found about the group, including its founding. A group photo from the archives of the Smithsonian National Air and Space Museum shows distinguished members and/or guests at a dinner in honor of Orville Wright on June 12, 1916, as part of the ceremonies of dedicating "the new building of the Massachusetts Institute of Technology, Cambridge, Mass." However, the name of MIT's new building is not shown and it is not known if there was a connection between MIT and the club. However, the organization's building at 96 Beacon Street is now (2021) an acquisition of Emerson College.

The soup plate's design is striking with the heavily sponged, deep blue border standing out against the white well. The initials EC in navy blue are added to a white rectangle in the border bounded by a navy blue line. An additional pattern has been seen also made by Mayer as well as a different pattern made by Lamberton, all backstamped for the club. Keyword: rwcnEC