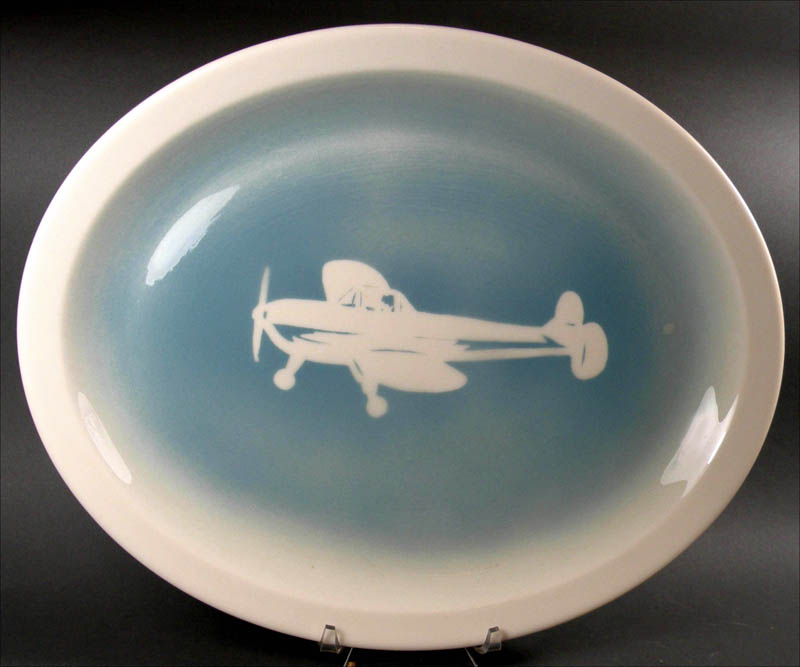 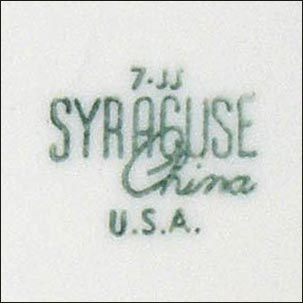 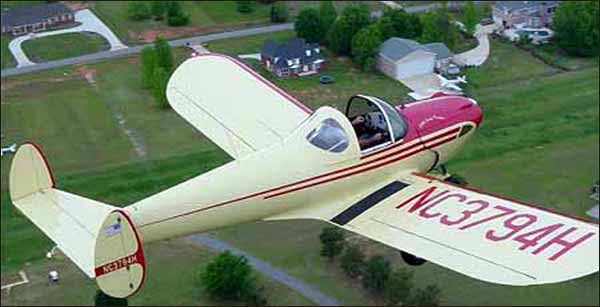 Notes: Stencil airbrushed design of Ercoupe, a single engine low wing monoplane which was designed after WWII. It had a twin tail rudder assembly featuring no rudder pedals. This plane was supposed to fly as easily as driving a car, just a throttle and steering wheel, but never really caught on; however Ercoupe clubs sprang up all over the United States.

White stenciled airplane with airbrushed blue background. Pattern name is descriptive and not a name assigned by Syracuse China.