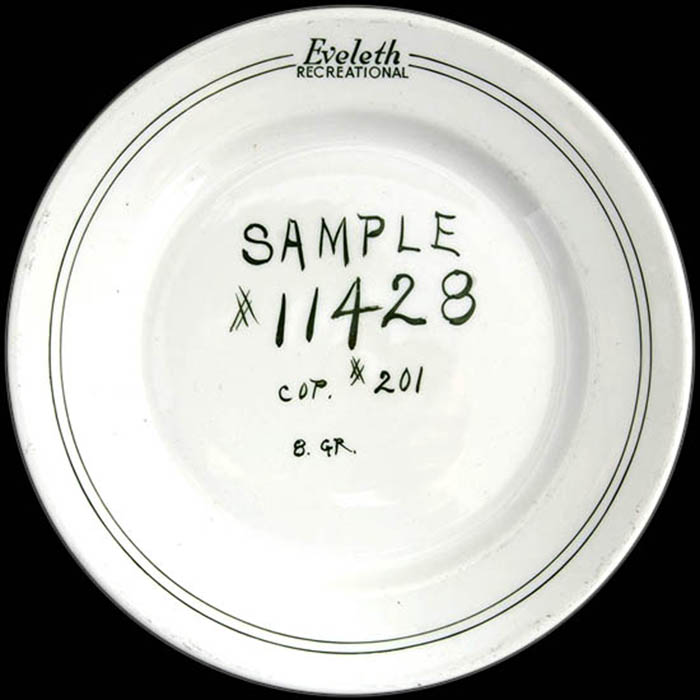 Notes: The Eveleth Recreational center was located at Garfield and Adams streets in Eveleth, Minnesota. Originally built as a facility for indoor curling and ice skating, the three-story building cost $125,000 and opened on January 17, 1919. It contained a curling rink on the first floor and a skating rink on the second. During the summer it was used as a roller rink and for public dances. Following WWII it was converted into a manufacturing plant for Arrow shirts. Although it is usually referred to as the Eveleth Recreation Building, an early postcard view is titled Recreational Building.

White body plate with flanking, mid-rim pin lines in dark green (#8). Topmarked "Eveleth" in dark green italic letters above "RECREATIONAL" in smaller upper case letters. This is a Syracuse China production sample plate from the collection of Fishs Eddy in New York City. The plate is handmarked on the front: Sample #11428.