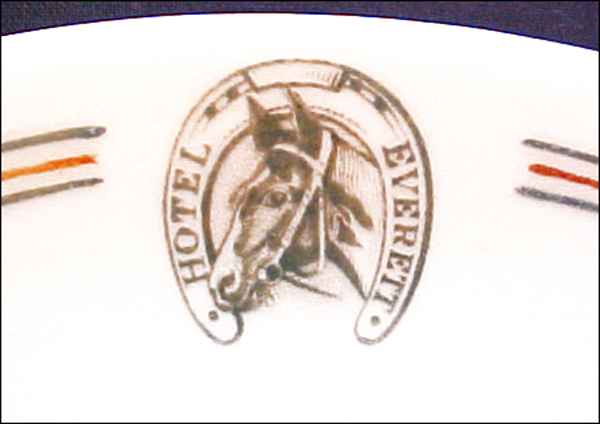 Notes: Located in Old Orchard Beach, Maine, the Everett was built for Mrs. Marie Libby in 1884. The 200-room guest establishment had the longest life span of any of the pre-1900 local hotels, surviving until Oct. 17, 1976, when it burned. Using the name of Orchard House after 1946, the H-shaped hotel was marked by its stick-style veranda and dominant roof dormers, each topped by a prominent finial.

Trenton China white body, green and red lines on rim, broken by a gray logo with the head of a horse inside a horse-shoe.