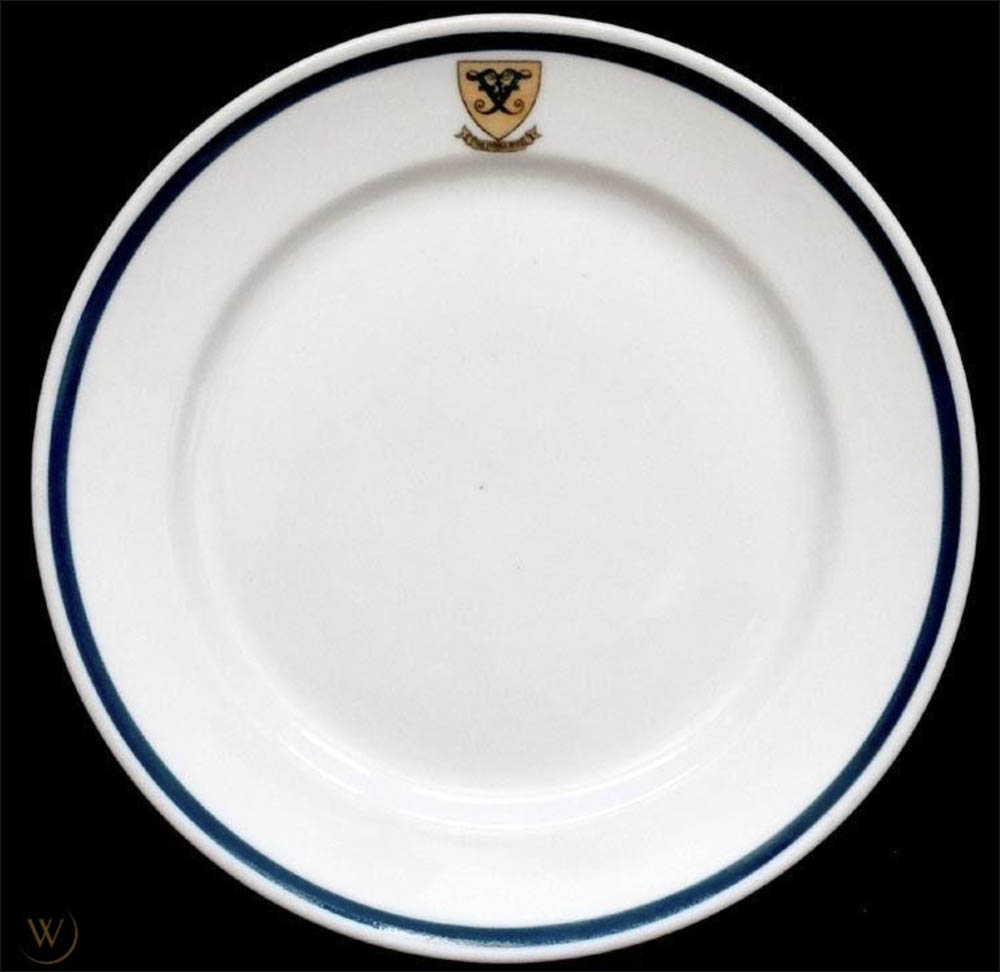 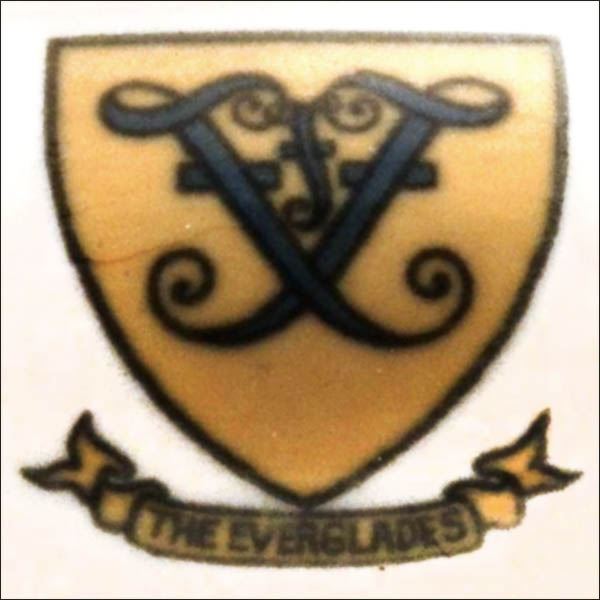 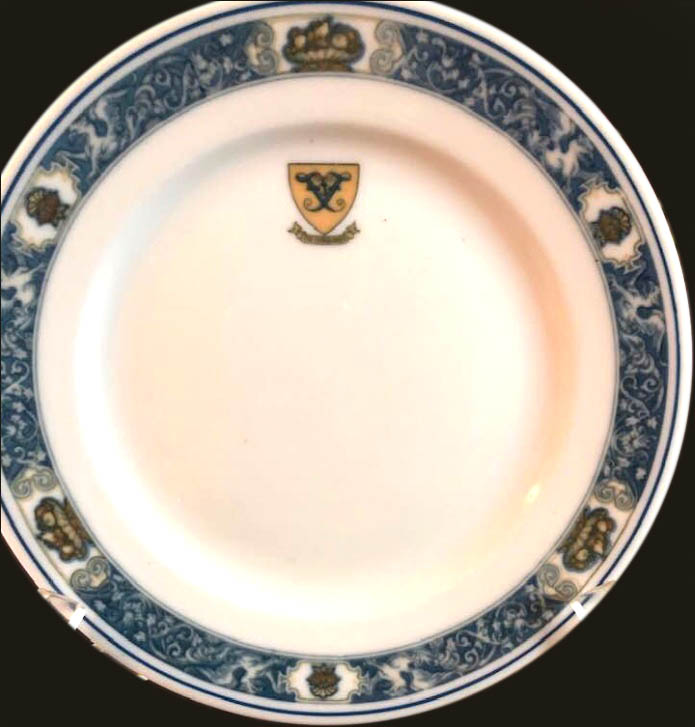 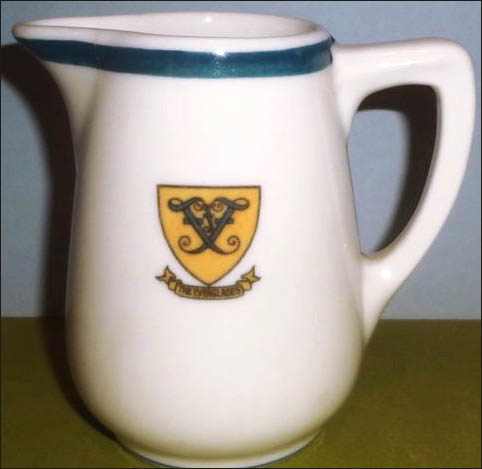 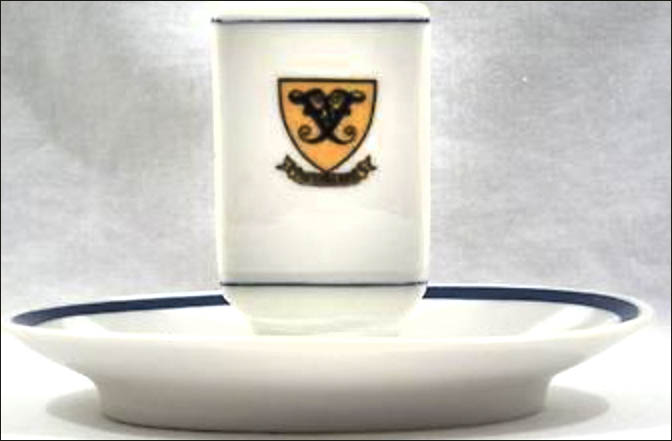 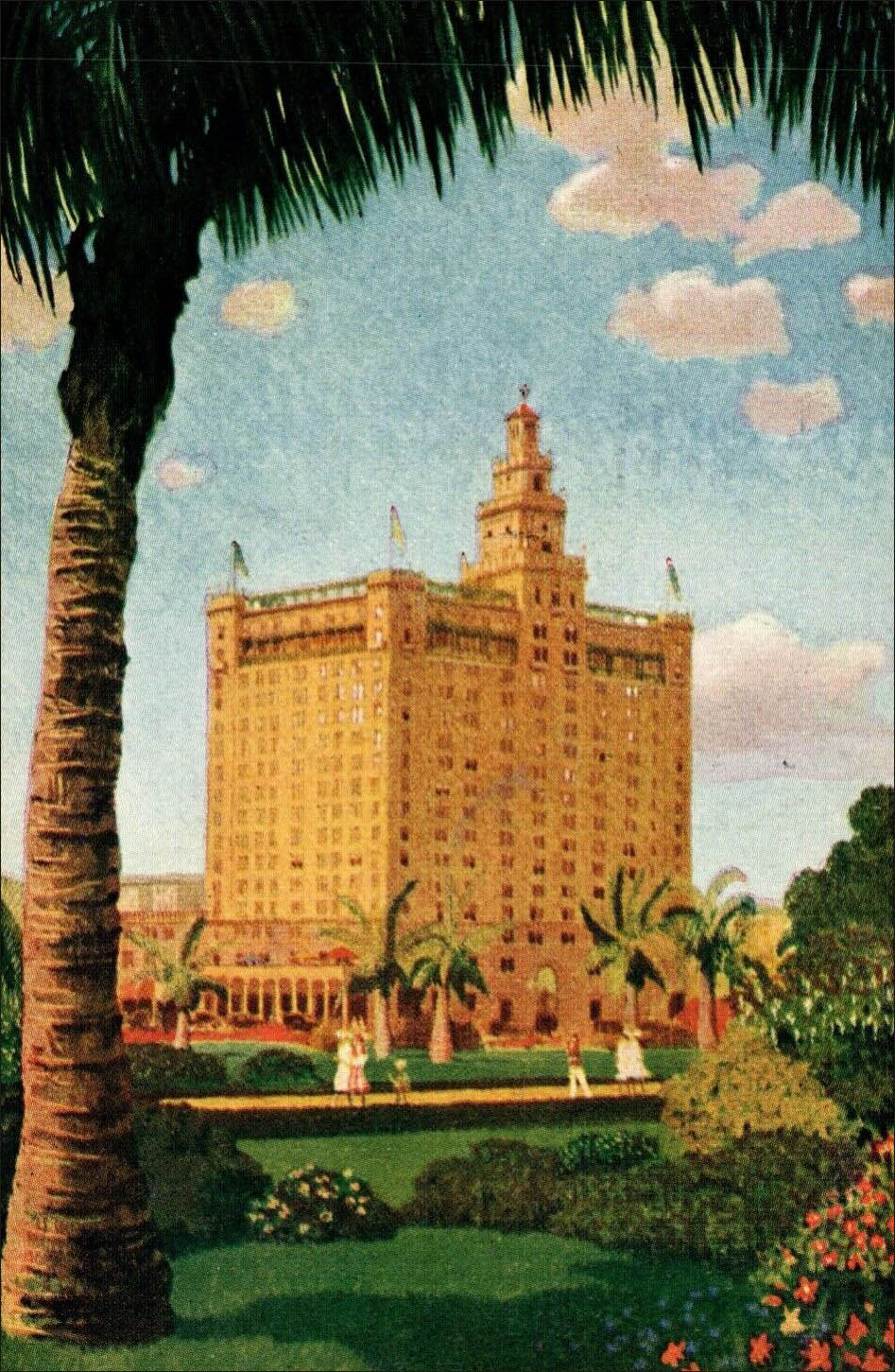 During World War II, The Everglades was taken over by the US Navy. Officers were housed on floors one to ten while the upper floors served as a military hospital.  In 1946, it was released by the Navy and purchased by The Keys Company. From 1959 to 1978 it was owned by the Teamsters Union. It closed in 2003 and was imploded January 23, 2005.

Scammell produced Lamberton china crested for the Everglades with a yellow shield that at first glance may appear to contain a V or X. They are really three "F"s., two back-to-back, with a small one in the center. They stand for Fred F. French Company, a real estate company that designed, built and owned the hotel.  One of the hotel patterns contains only the decal shield crest with a blue line around the rim. The other known pattern contains a blue panel border with griffins and fruit baskets. The crest on these plates is in the well.