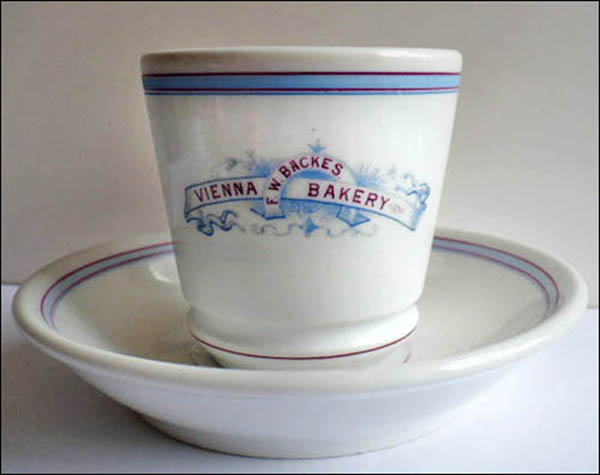 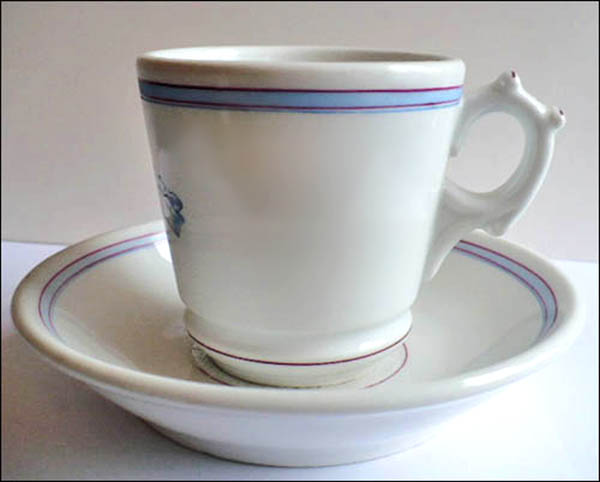 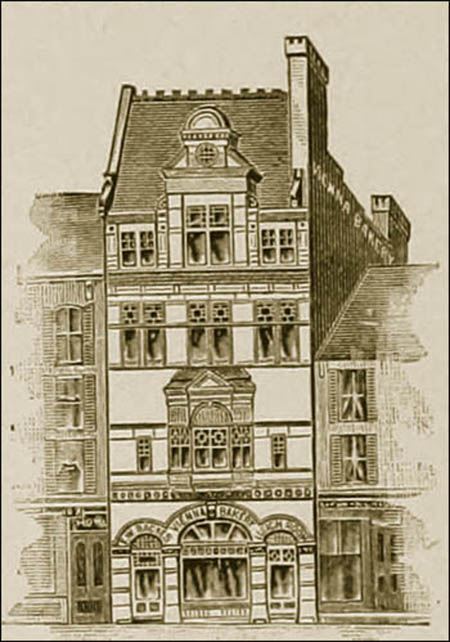 Notes: From the 1895 "Hartford and its Points of Interest," "The Vienna bakery conducted by Mr. F. W. Backes at Nos. 167 and 169 Asylum Street (in the fine block owned by Mr. Backes), … is both wholesale and retail, and an extensive and first-class trade is catered to. Mr. Backes is a thorough master of everything pertaining to the business, and has built up a trade upon a sound and permanent basis. He occupies commodious premises, part of which are fitted up as a dining-room and ice-cream parlor. A specialty is made of serving dinners, where none better can be had in the city. The location is central and near the depot. …"

From PM&M Porcelain Marks & More, "Porzellanmanufaktur M. Sterner (1892 until 1899): The small factory founded by M. Sterner was named 'porcelain manufactory' but actually produced both porcelain and fine stoneware items, mostly standard household goods but also a small range of decorational and promotional items. Business was not very good and so Sterner gladly took on an offer to sell his factory in 1899."

The cup has lines of medium blue and deep red decoration at the rim and foot. Opposite the handle is a decoration of two ribbons. One stretching horizontally says Vienna Bakery; the other arches over the first in a rainbow shape and says F. W. Backes. Of note on the cup handle are two bumps of clay decorated with red dots that provide a secure thumb hold for the user.