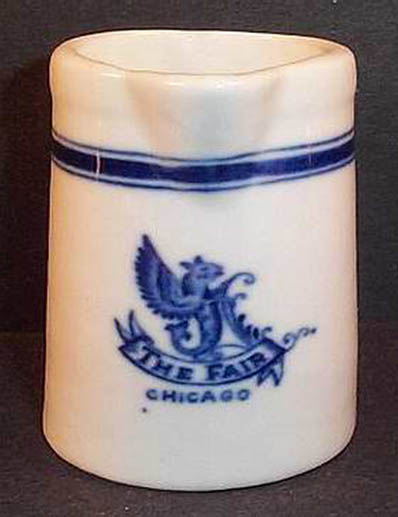 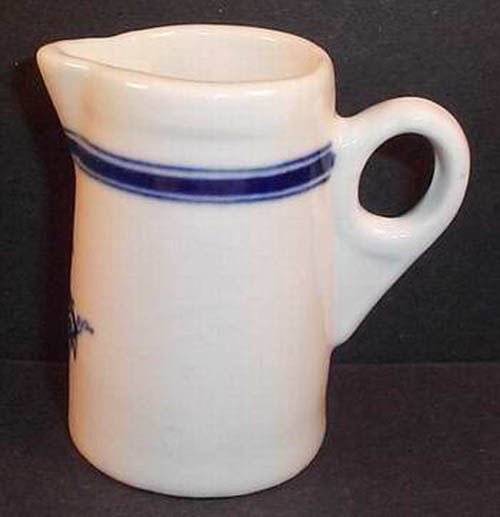 Notes: This creamer is marked with the very fancy department store's logo showing a mythical type creature and the wording "THE FAIR" – "CHICAGO" underneath the cobalt blue logo. The creamer was made for service at the upscale restaurant located in the department store at State, Adams, and Dearborn Streets in the Downtown Loop area of Chicago. It would have been used in conjunction with the store's china for table settings.

In 1875, E.J. Lehmann opened the store, which originally was a dry-goods retail establishment that offered discounted prices. The store advertised as "Everything for Everybody under one roof' at a cheap price." By 1891, the old store that Lehmann had opened was too small and a new 11-story large store was built, which also included a dining room / lunch counter / restaurant for its patrons. It is likely that the creamer was used at this location. In 1929, The Fair opened a branch in Oak Park and in 1957, Montgomery Wards purchased The Fair.