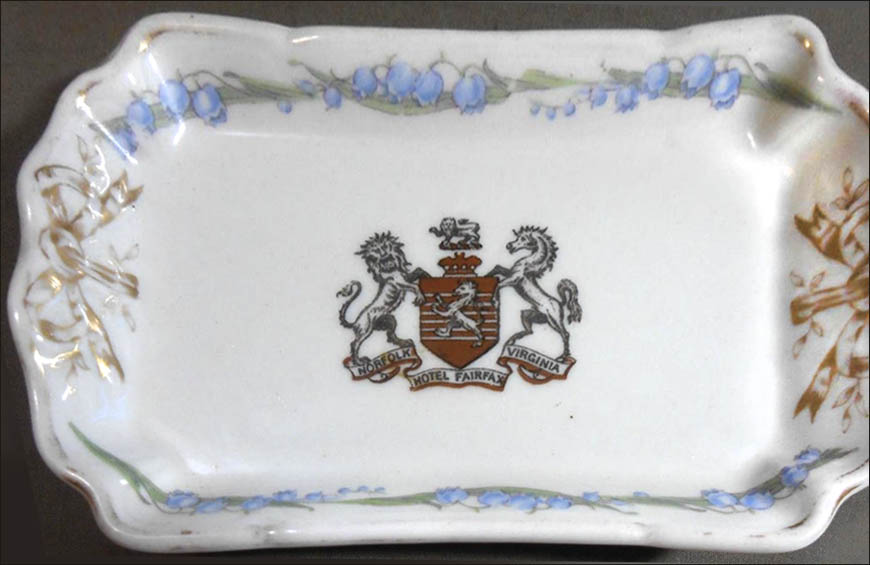 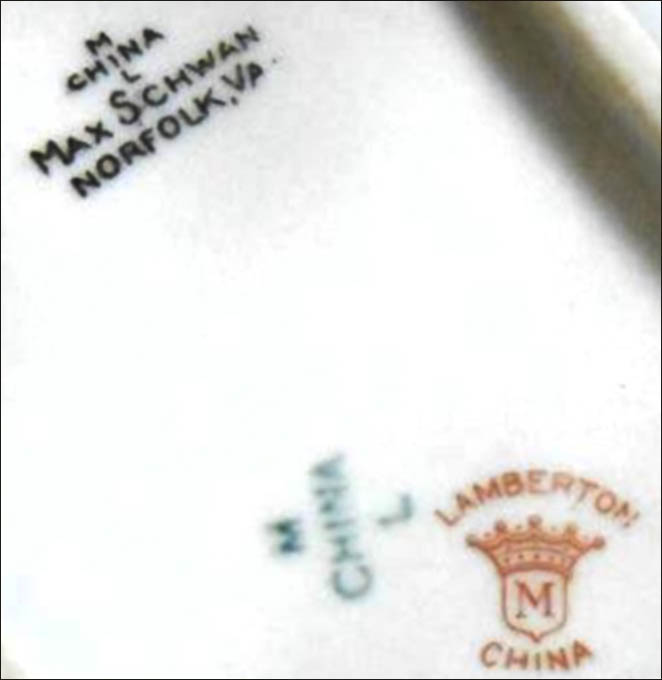 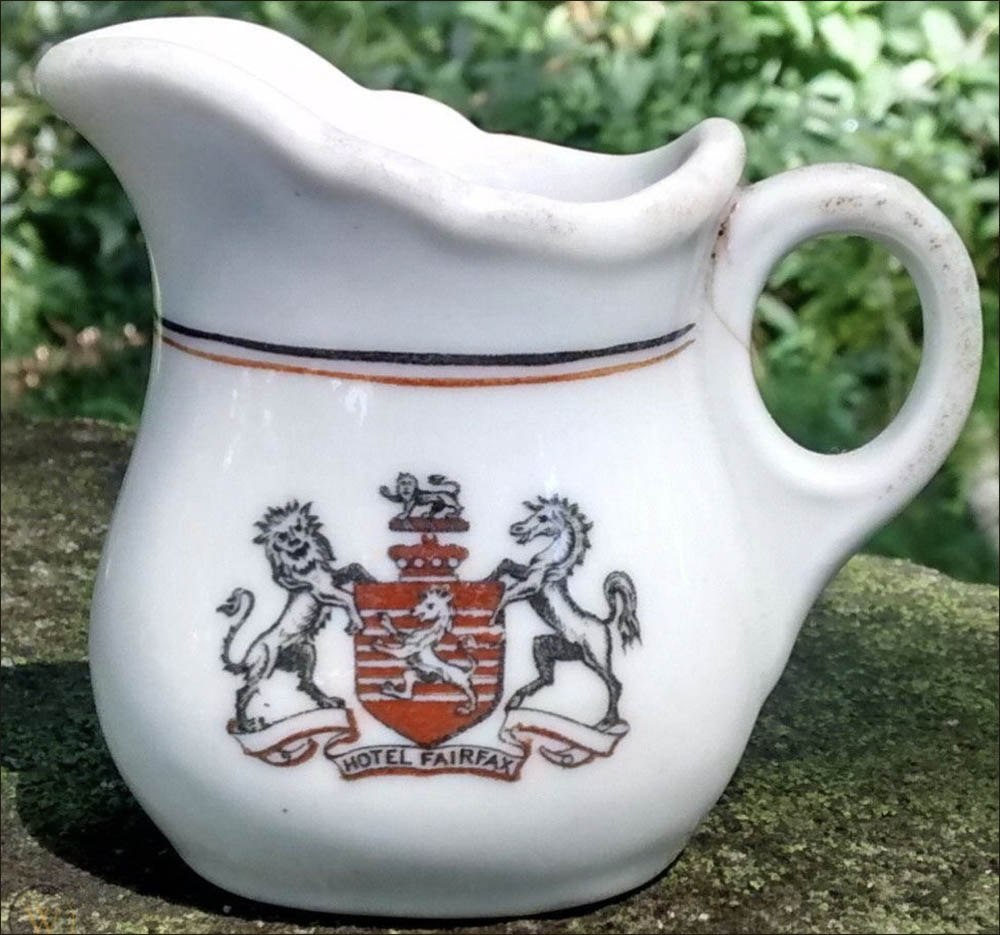 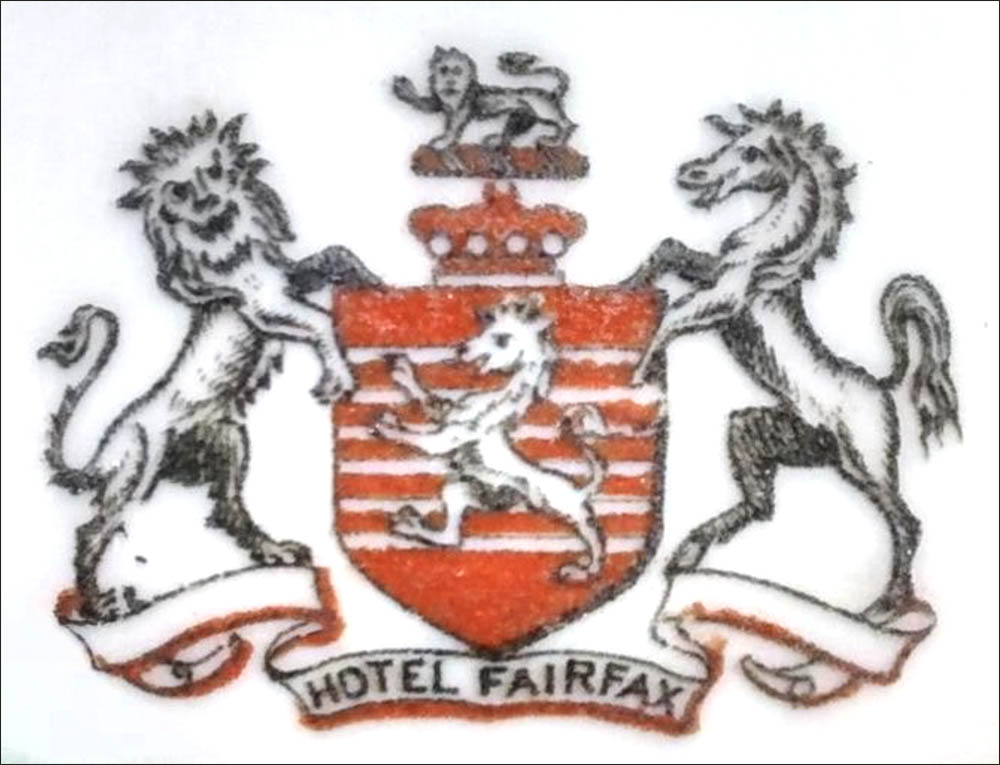 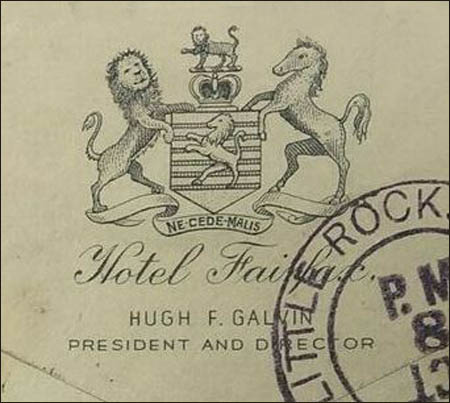 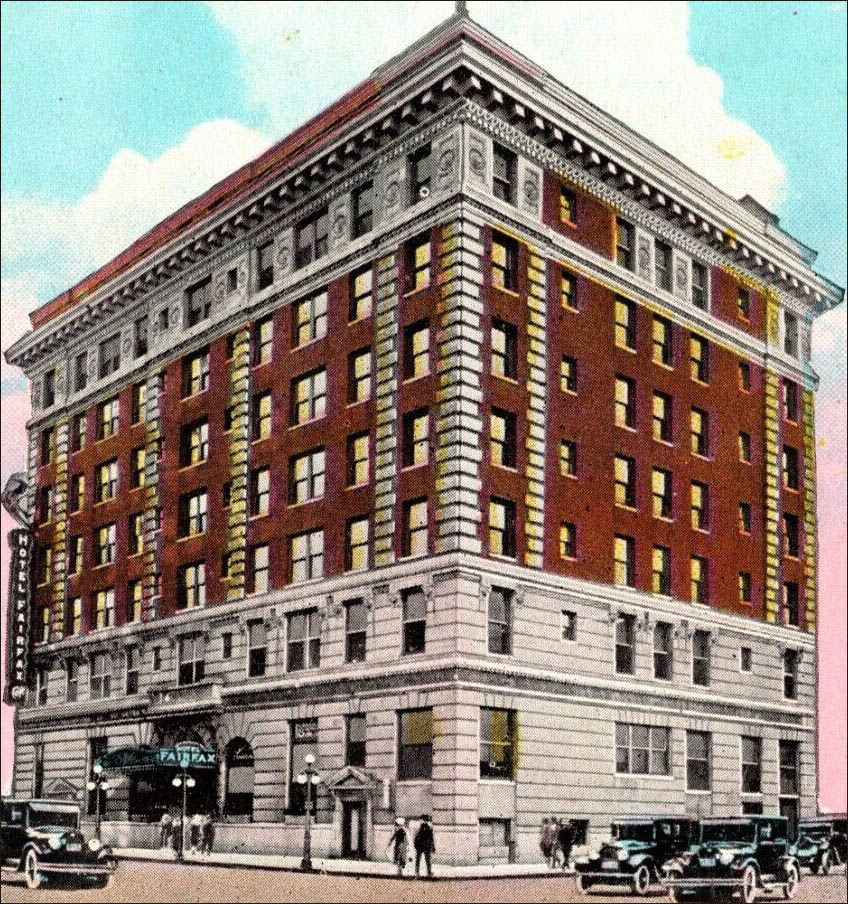 Notes: The Fairfax Hotel opened in time to house the many guests that were expected to attend the Jamestown Exposition that ran from April 26, 1907, to November 30, 1907. This eight-story hotel at the corner of City Hall Avenue and Randolph Street, in Norfolk, Virginia, had about 148 rooms.

After a fire in 1976, the Fairfax was converted into apartments, which in 2022 operates as The Fairfax Apartments, at 117 West City Hall Avenue.

Maddock Pottery made Lamberton China services that are crested with the hotel's shield logo in red and black. One pattern has red and black pin lines at the rim. The pattern used on pin trays for the bedrooms has a decal border of Lily of the Valley flowers in blue and green.  Max Schwan, of Norfolk, was the distributor. Note: There were several Fairfax hotels, including one in Washington, D.C., which had similar shield crests.  The crown on top of the shield, below the torse bar with the standing lion, is the identifying feature of the Norfolk Hotel Fairfax, as shown on the back this hotel's envelopes shown above.