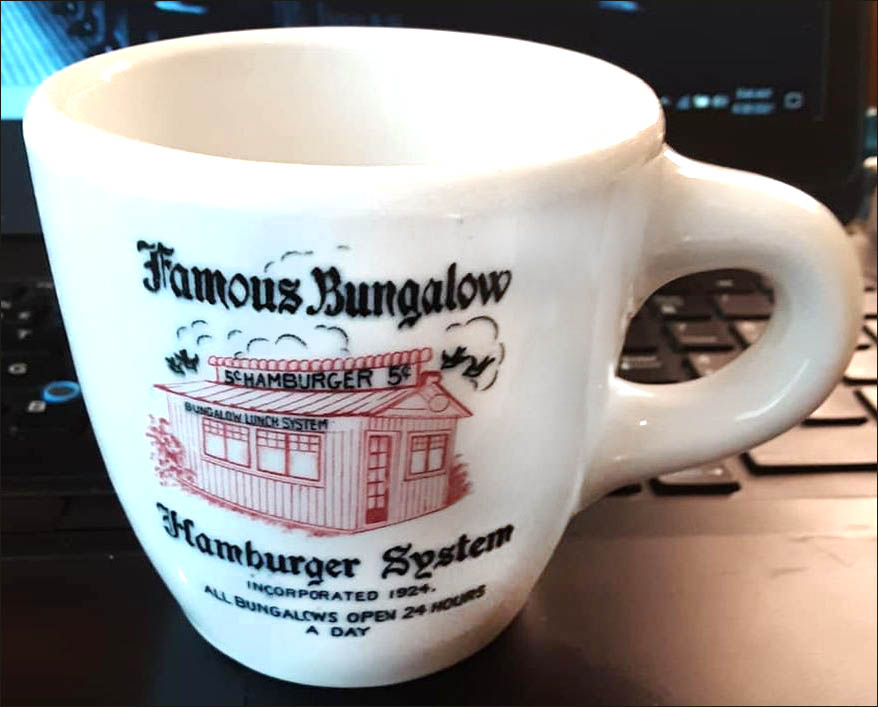 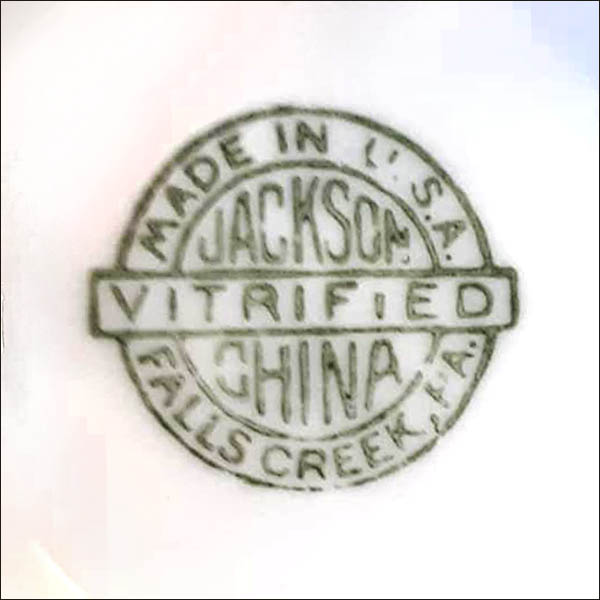 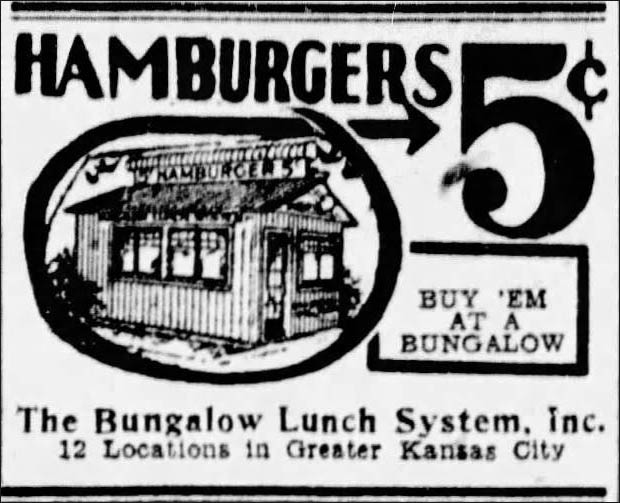 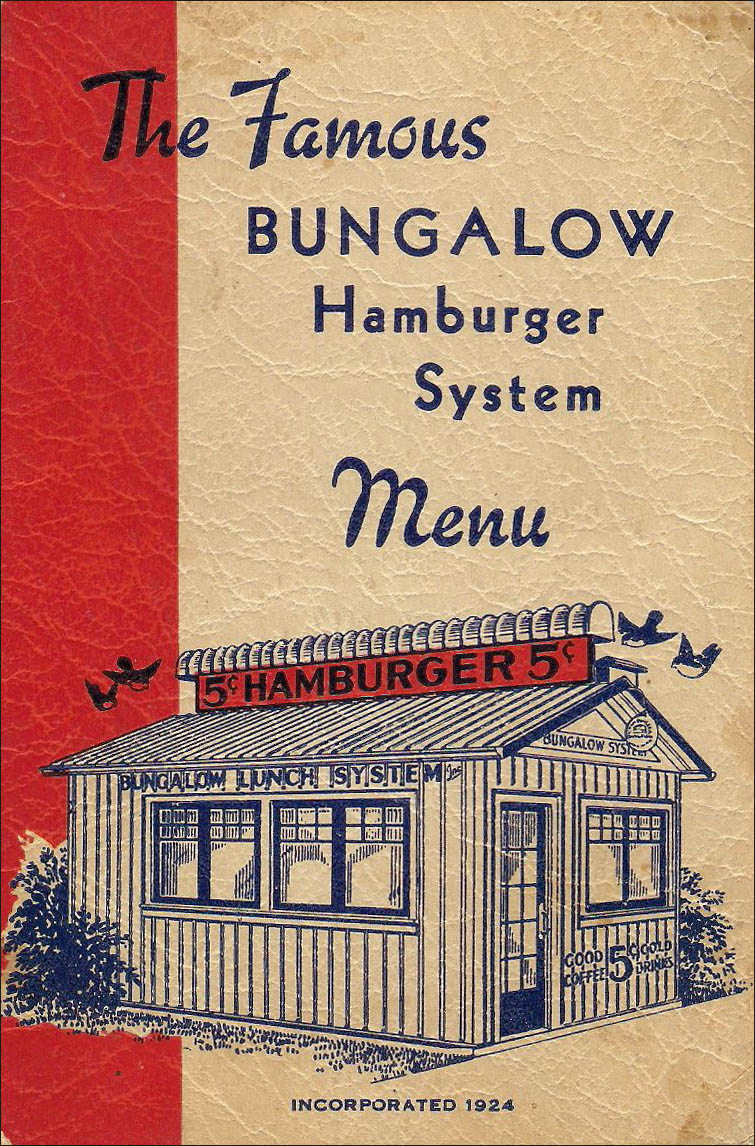 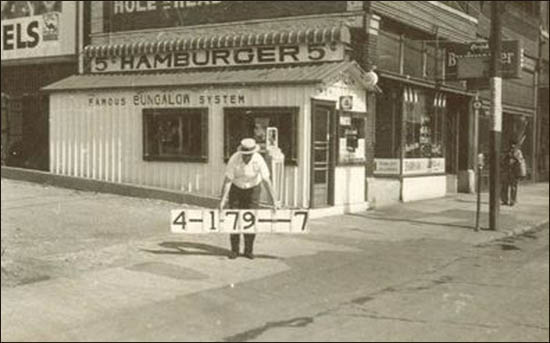 Notes: The Famous Bungalow Hamburger System was incorporated in 1924, in Kansas City, Missouri. During its existence the company had at least 12 locations in Kansas City that were open 24 hours a day serving up five cent hamburgers.

A story in the Kansas City Times on July 12,1937, says the the owner shut the business down due to an labor strike by the United Restaurant Workers.  It is not known how long the restaurant chain continued after this strike, but  the photo above is from a 1940 tax assessment.