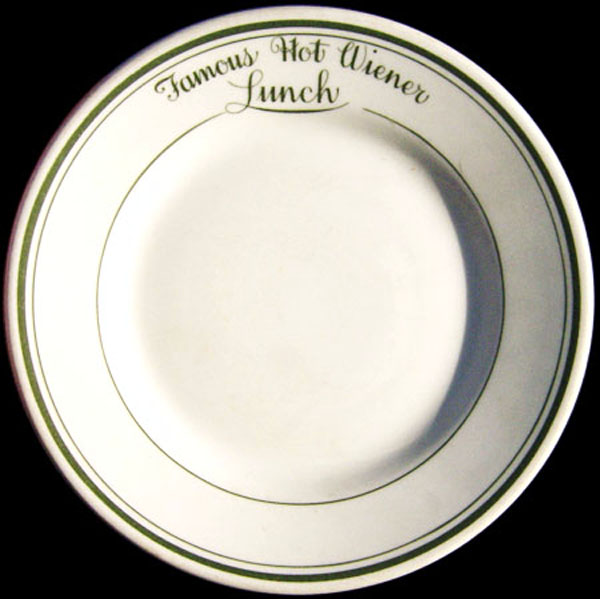 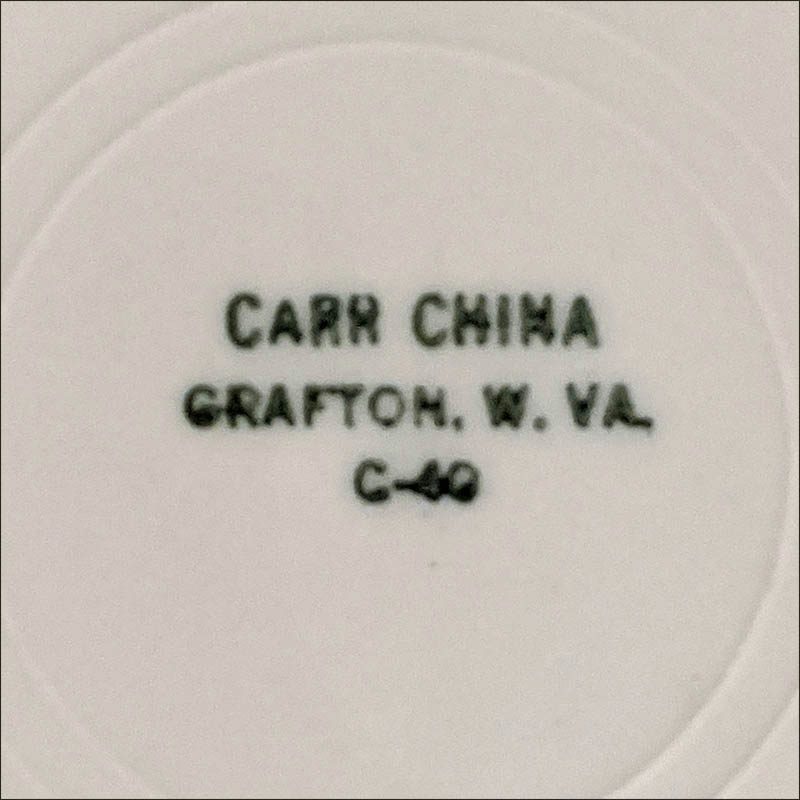 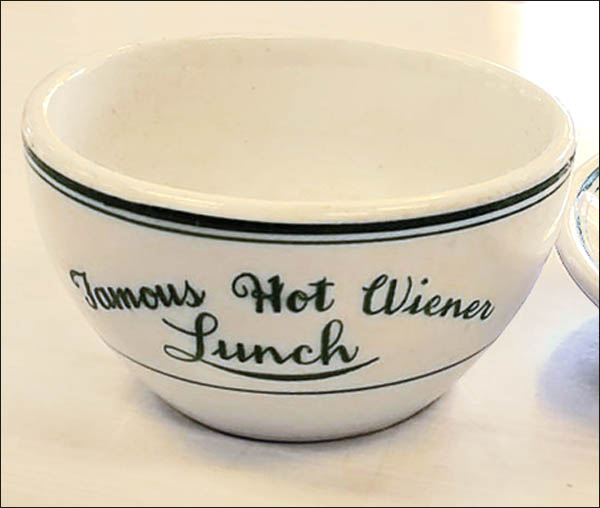 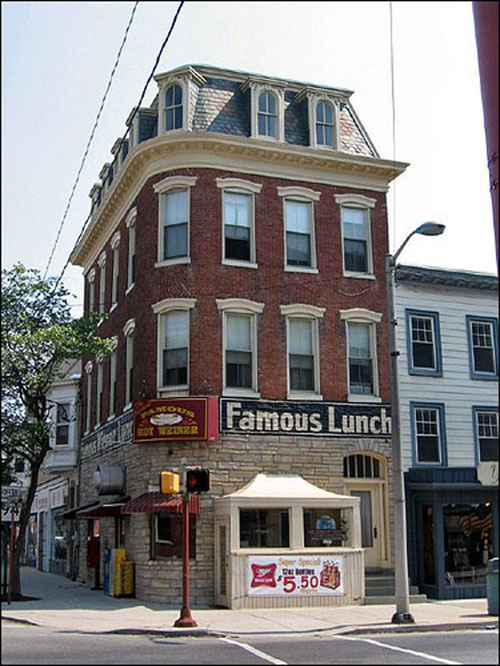 Notes: Located at the corner of York Street and Broadway, in Hanover, Pennsylvania, and opened in 1923, Famous Hot Wiener Lunch is housed in the Sprenkle Building and is still open as of 2020, and there are two additional locations (another in Hanover and one in York), all now operated by the fourth generation of owners. It should be noted that the restaurant goes by the name Famous Hot Weiner Lunch, but we use the spelling that corresponds to the china: Famous Hot Wiener Lunch. This ID was confirmed in 2020 when an RWCN member visited the restaurant and photographed its remaining pieces of china.