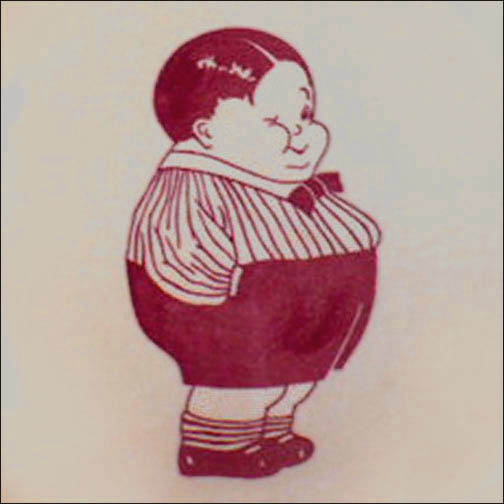 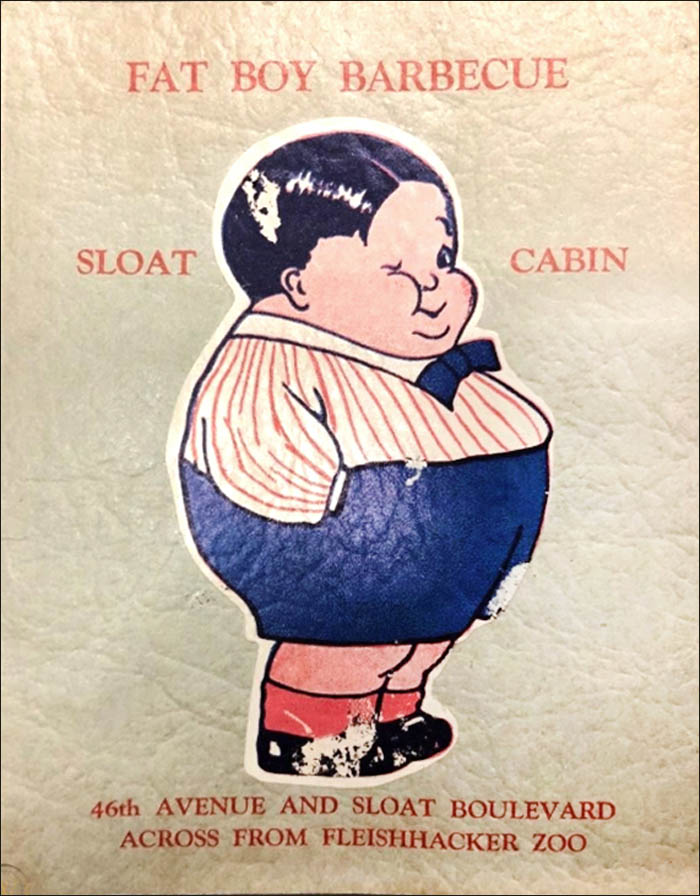 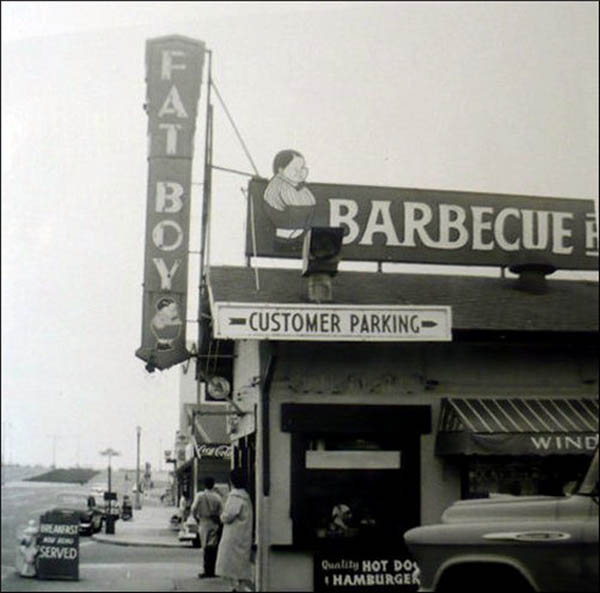 Notes: In the early 1920s, a Fat Boy Barbecue joint was opened on the corner of 46th Avenue and Sloat Boulevard in San Francisco, California. To add some authentic southern flair, it was referred to as a Cabin (even though that was not in the official company name). Fat Boy's "big hot sandwiches" were so successful that two other Cabins opened in San Francisco and later along the coast in San Jose, Colma, Milpitas, Palo Alto, Redwood City and San Mateo.

There is no record of which Fat Boy Cabin was the last to close, but the original San Francisco location was sold and reopened as a Doggie Diner in 1972.

Interesting side bar: Buns Restaurant located in Delaware, Ohio, which opened in 1864 and celebrated its 150th year in 2014, used a very similar Fat Boy logo in the 1970s.