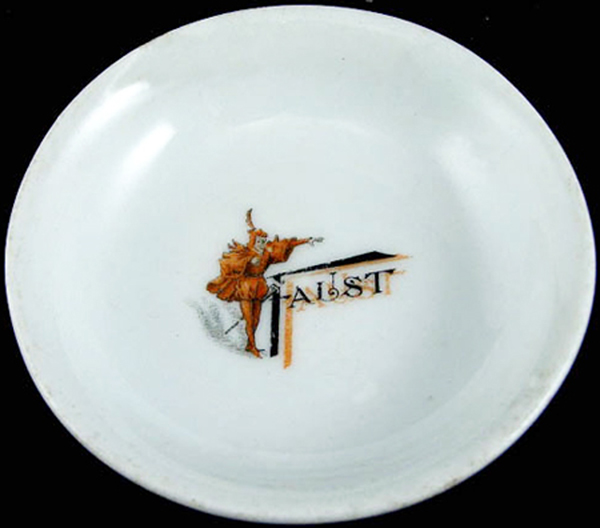 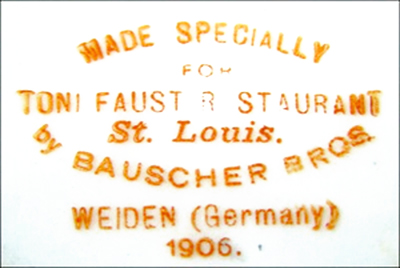 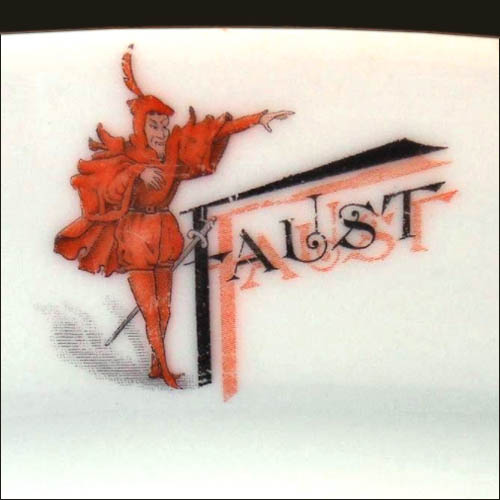 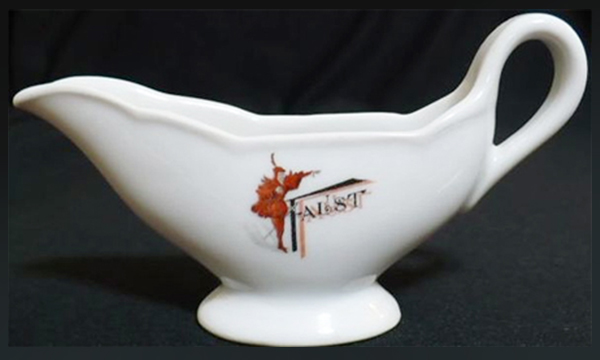 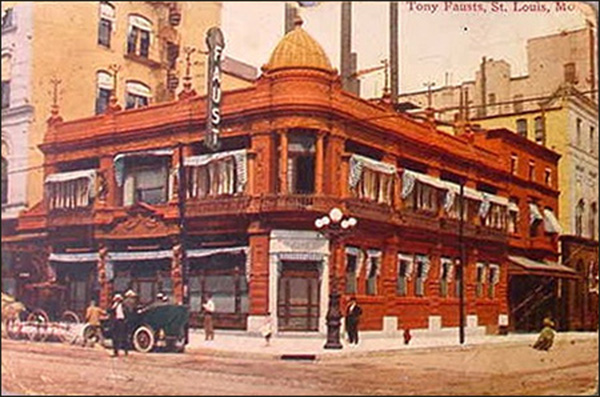 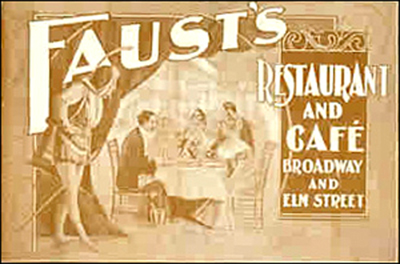 Notes: Located in St. Louis at the corner of Broadway and Elm, Tony Faust's Restaurant was once one of the most famous eating places west of New York. It was established in 1871 and was the center of St. Louis' nightlife, located just across the street from the Olympic Theatre. It was quite well known for the beer served in the bar.

Many actors patronized the restaurant, including Edwin Booth, Lawrence Barrett and Maude Adams.

A specialty of the house was quail on sauerkraut which came about when Joseph Jefferson (1829-1905), a famous actor and comedian of the time, became dissatisfied with the menu offerings and threw the menu down and ordered "quail on sauerkraut."

Anthony Faust died in 1906 and his son Tony Jr. operated the restaurant for a time. He was found of unsound mind by the courts in 1911 and died in 1914.

The restaurant closed its doors in 1916 after the theater district moved away from the area. It was demolished in 1933, along with the Southern Hotel next door, and became a parking lot.