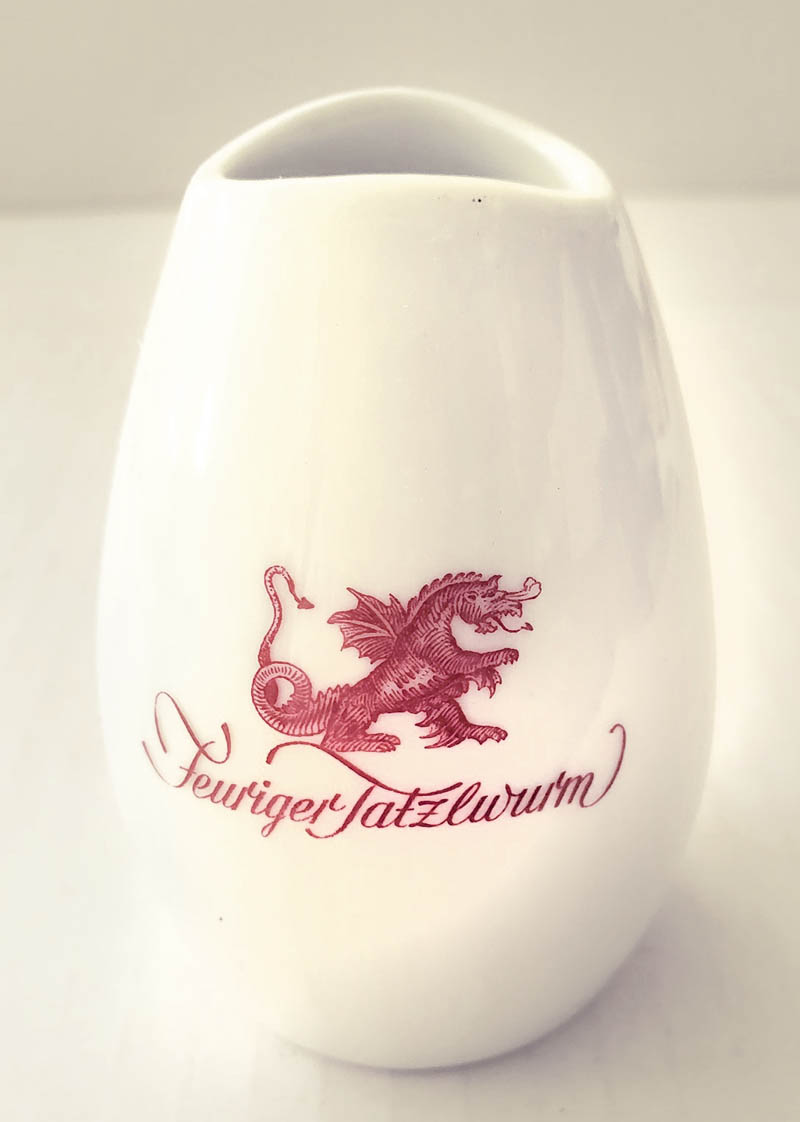 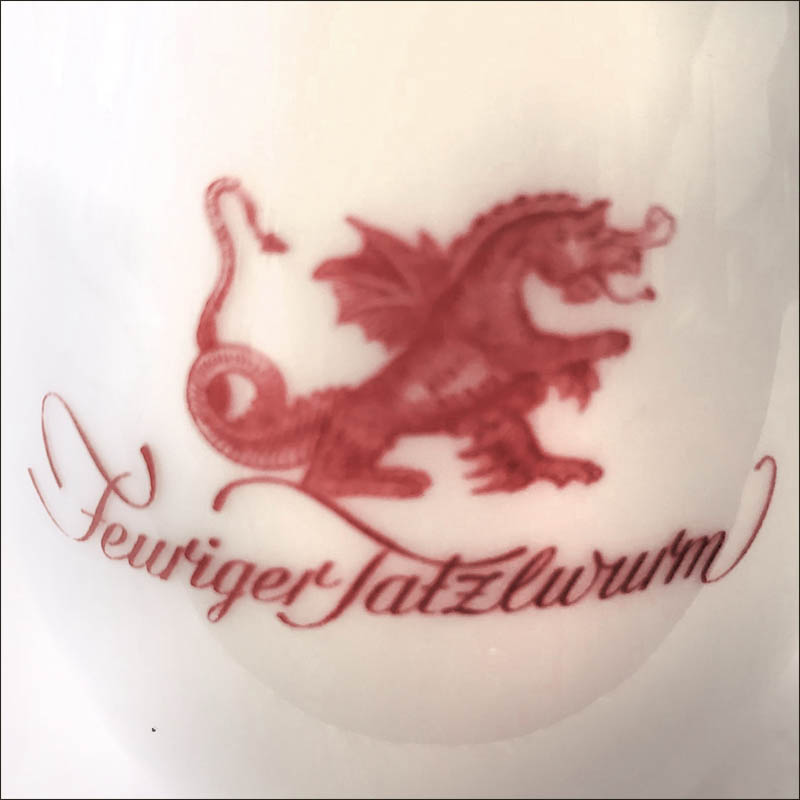 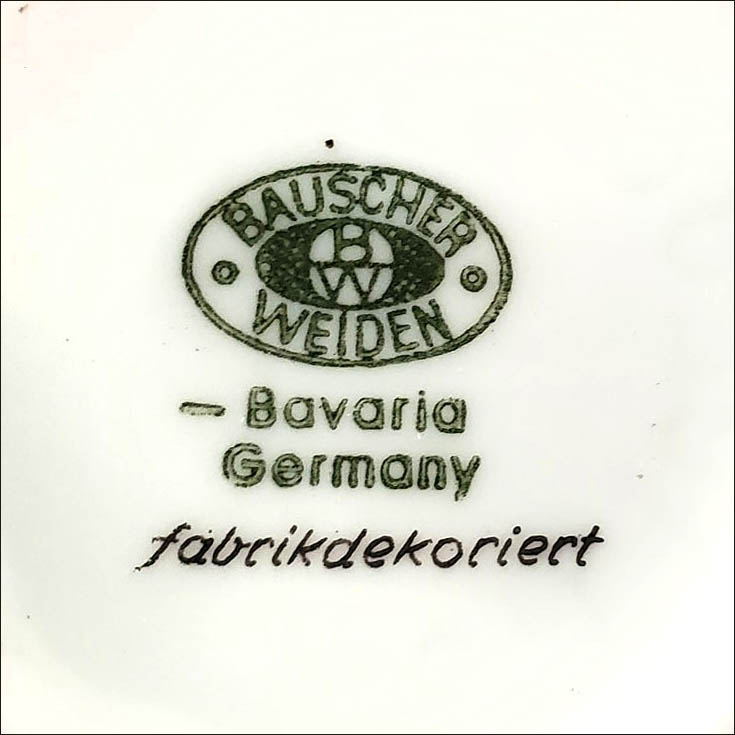 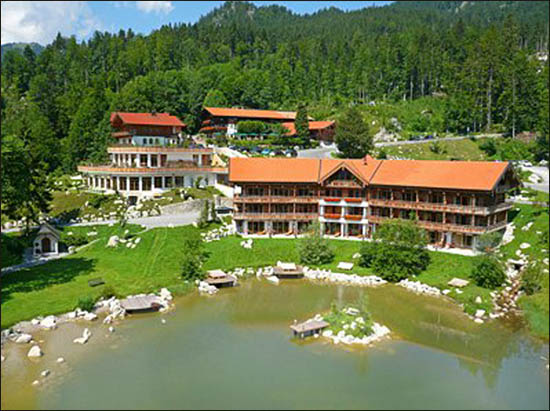 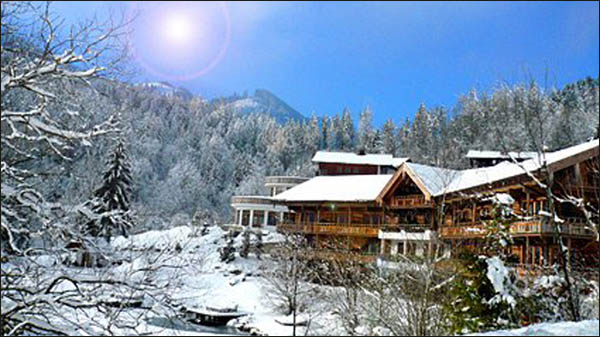 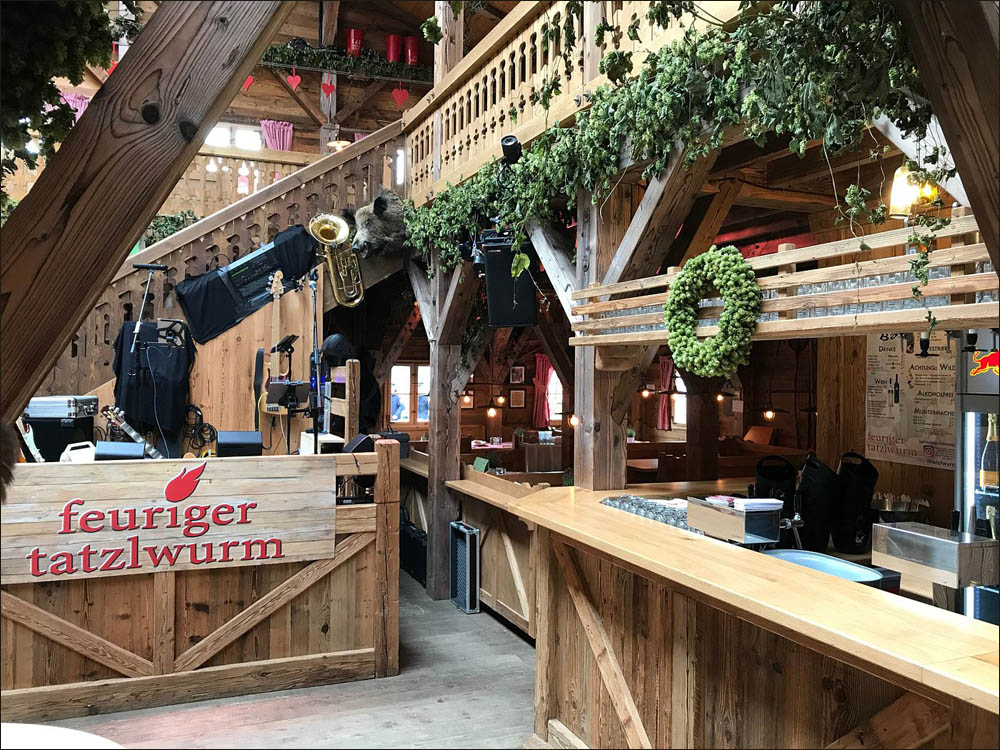 Notes: Feuriger Tatzlwurm Hotel & Spa is located in  Oberaudorf, Germany, and is a four-star hotel situated on a sunny mountain plateau in the Bavarian Alps, The hotel is a short walk from the Tatzlwurm waterfalls on the Auerbach River.  It is a 19th-century alpine chalet-style hillside hotel and is seven km from both Sudefeld Ski Resort and Wendelstein Rack Railway (a cog railway).

Ranging from homey to rustic-chic, the individually decorated rooms come with free Wi-Fi and TVs (some flat-screens). Upgraded rooms add balconies, while suites include sitting areas with sofas. Air-conditioning is not available.

A breakfast buffet and parking are complimentary. There are two restaurants, one in a converted stable with exposed beams. Amenities include a spa with an indoor pool, a hot tub and a sauna. There's also a sundeck with lounge chairs.

White body creamer with a drawing of a red dragon on the side. Underneath the dragon in a matching red fancy script are the words ": Feuriger Tatzlwurm."