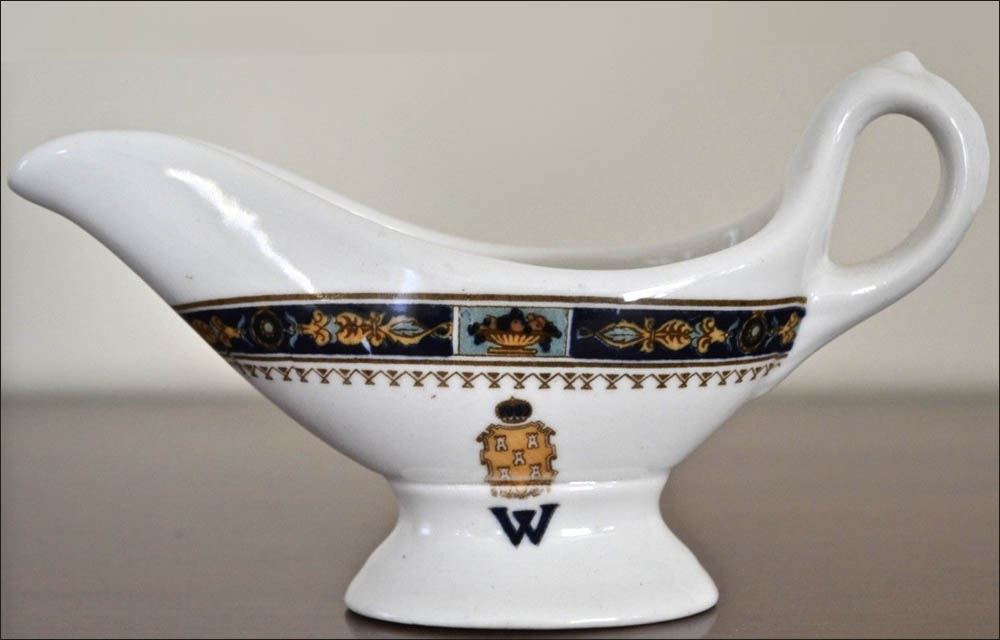 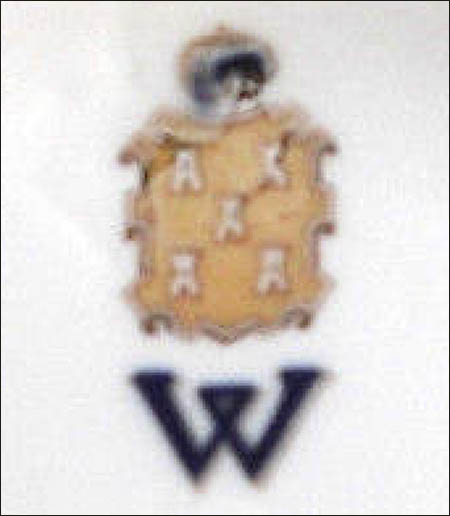 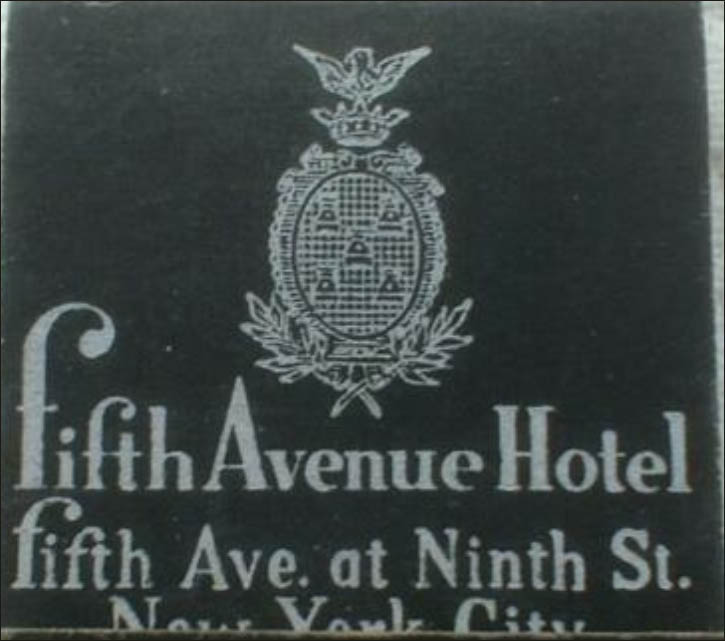 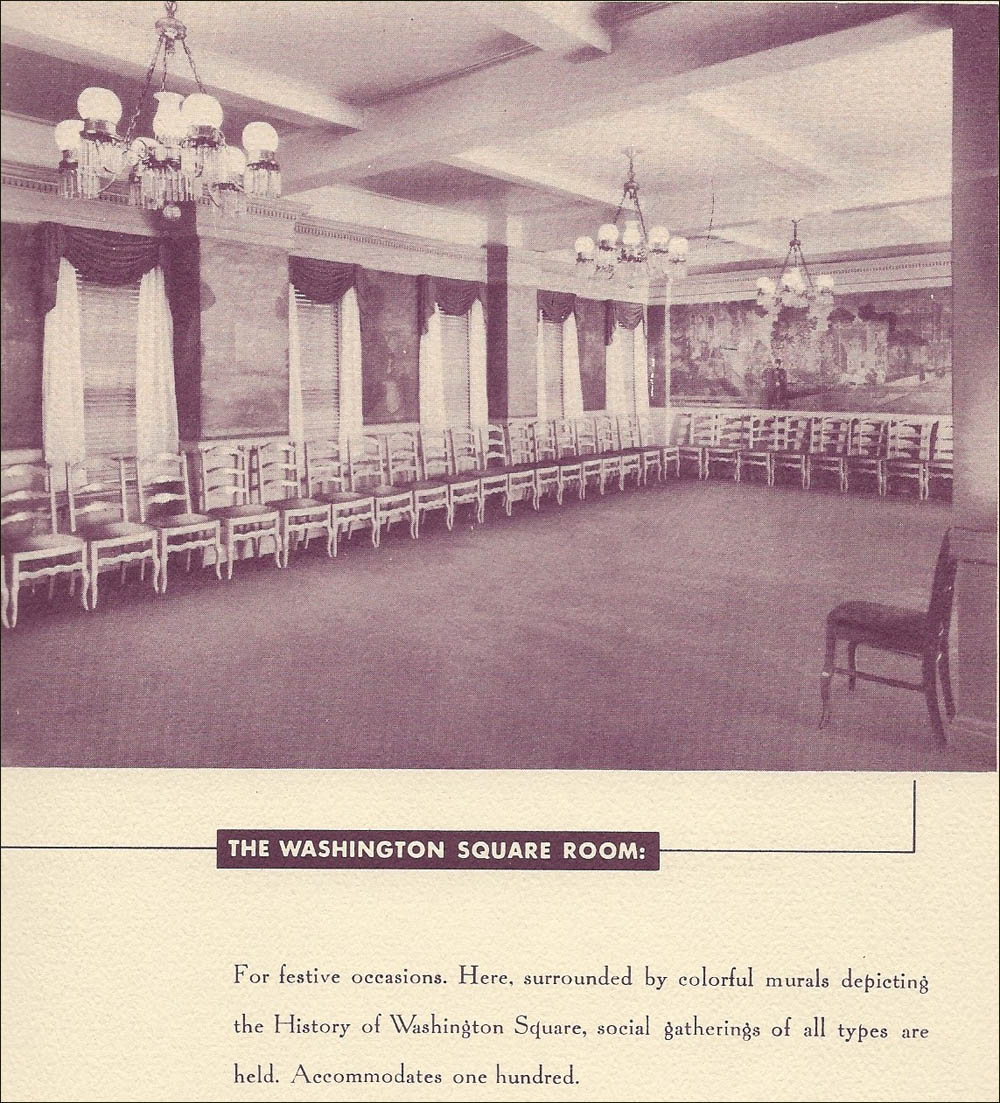 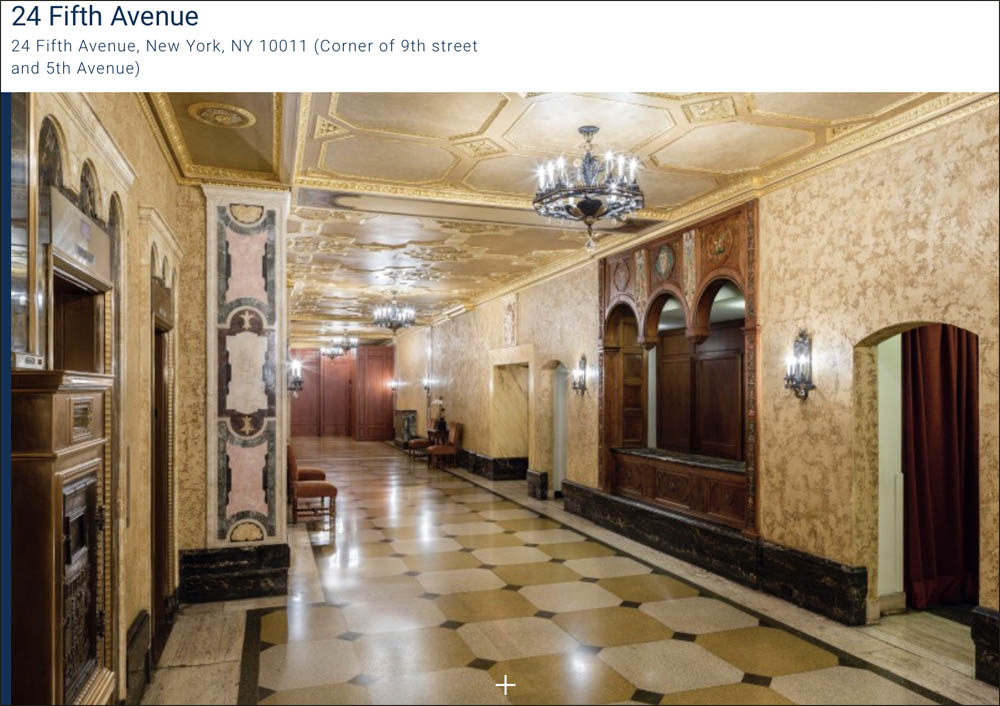 Lobby of the Fifth Avenue Hotel 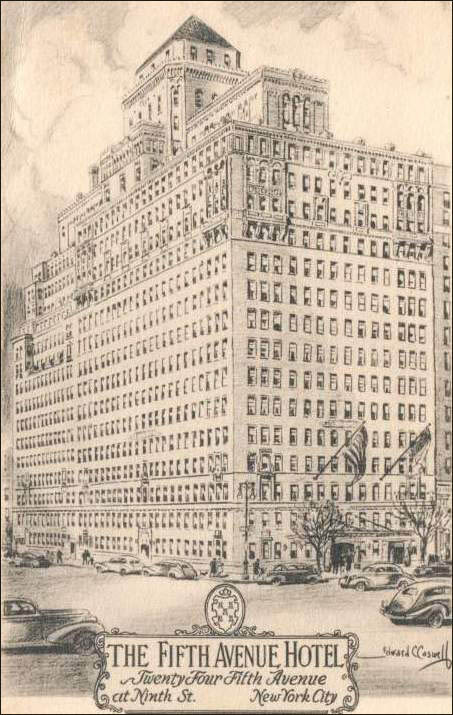 Notes: The 18-story, 640-room Fifth Avenue Hotel opened in 1926. It contained several restaurants, including one on the sidewalk, and a ballroom.

In 1987, the Fifth Avenue Hotel was converted into 419 apartments, which now operates as a cooperative named 24 Fifth Avenue. The lobby has been restored to its original elegance.

Scammell was one of several companies that produced china for the Fifth Avenue.  The known Scammell pattern is crested with the hotel's shield logo that contains five "A" s that have tops that make them appear to be castle towers. Above the shield is a blue crown, and below is a blue "W." The hotel is located on Washington Square and had a 100-seat ballroom named the Washington Square Room. This pattern may have been used for banquet service in the ballroom. The blue background decal border, with fruit bowls, was used by a number of other Scammell customers. Barth Equipment Co. was the distributor.