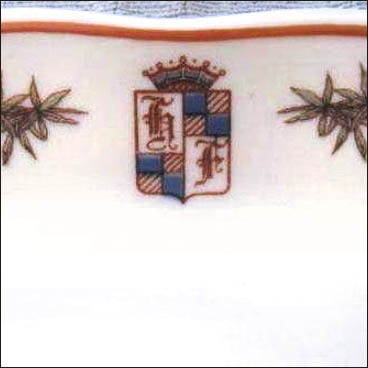 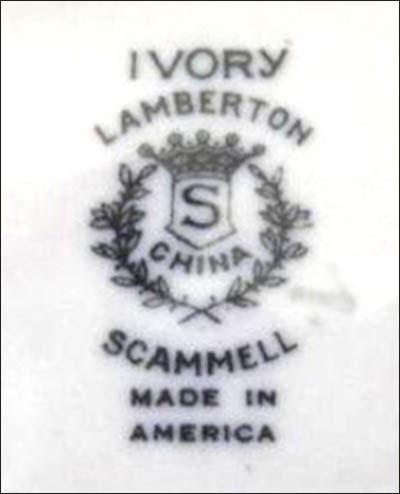 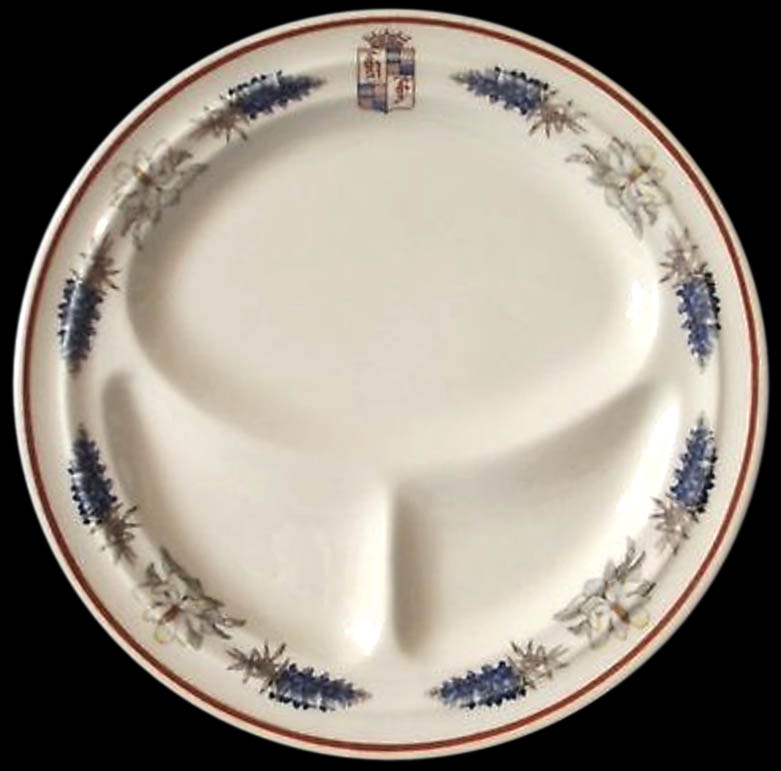 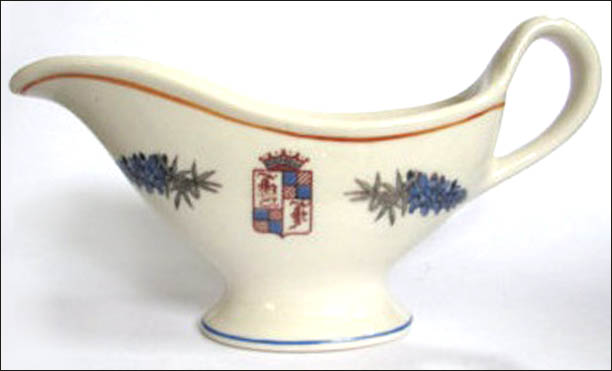 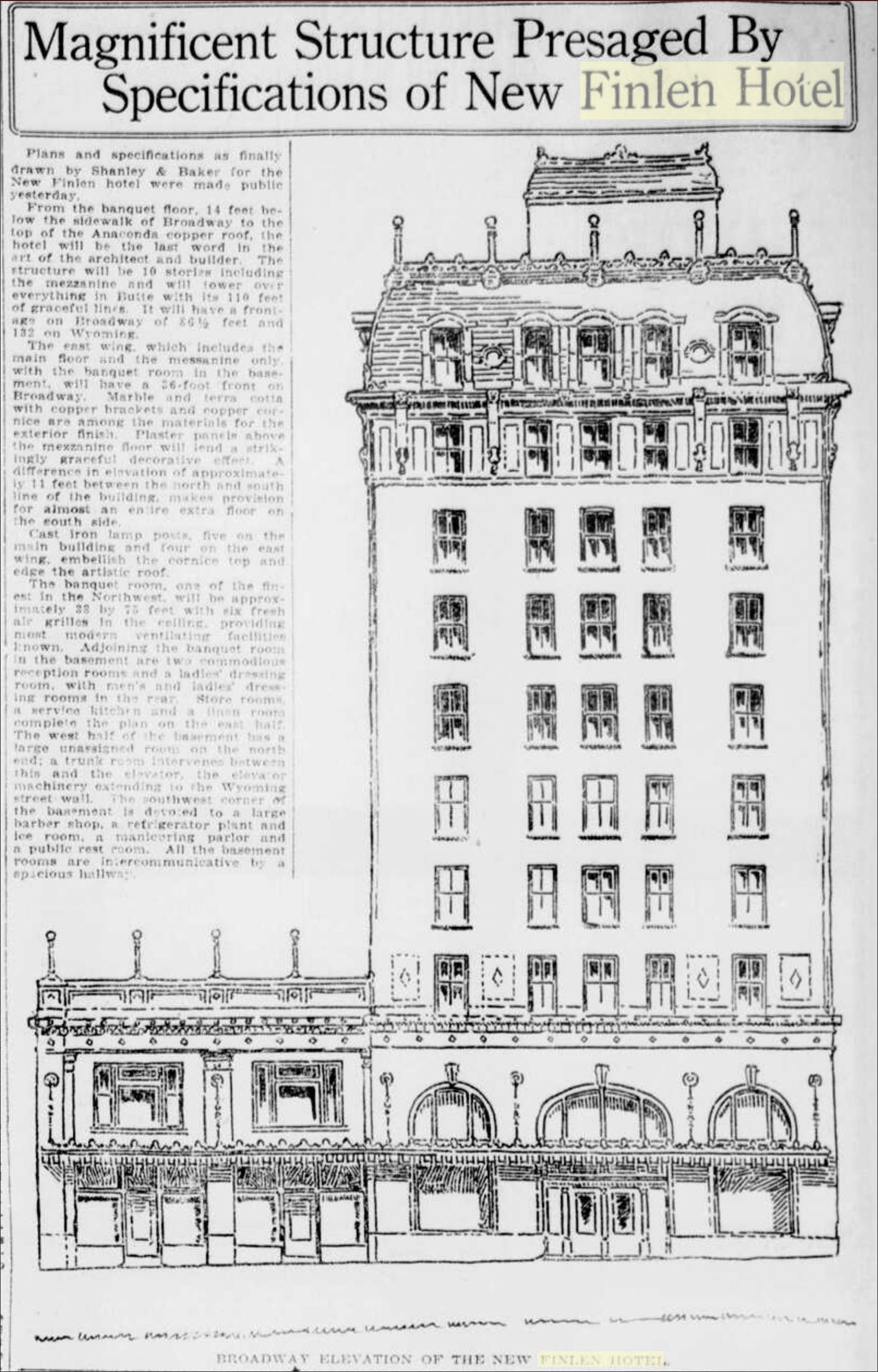 Advertisement about the Finlen Hotel 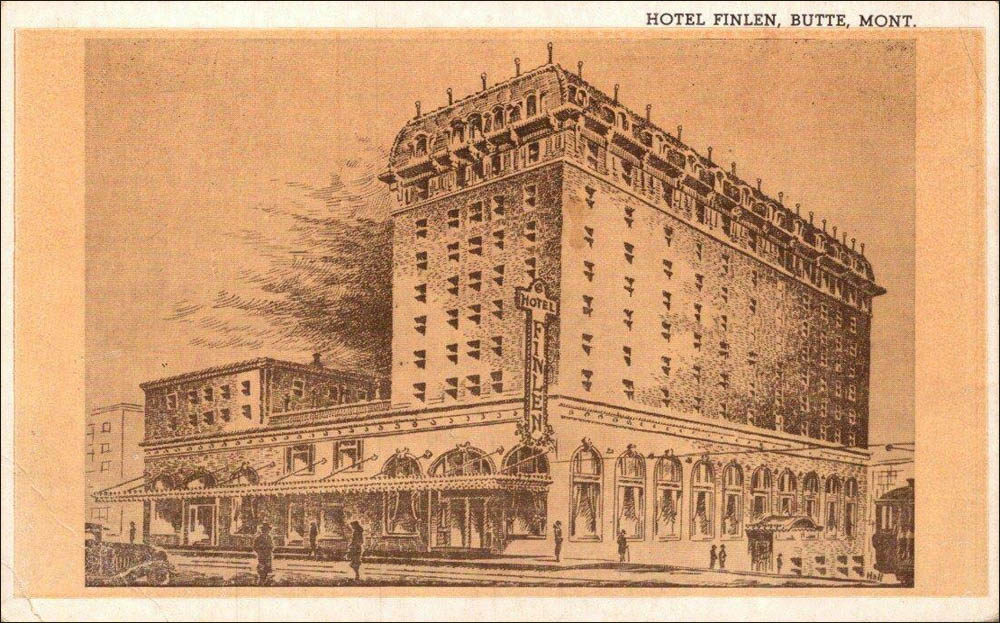 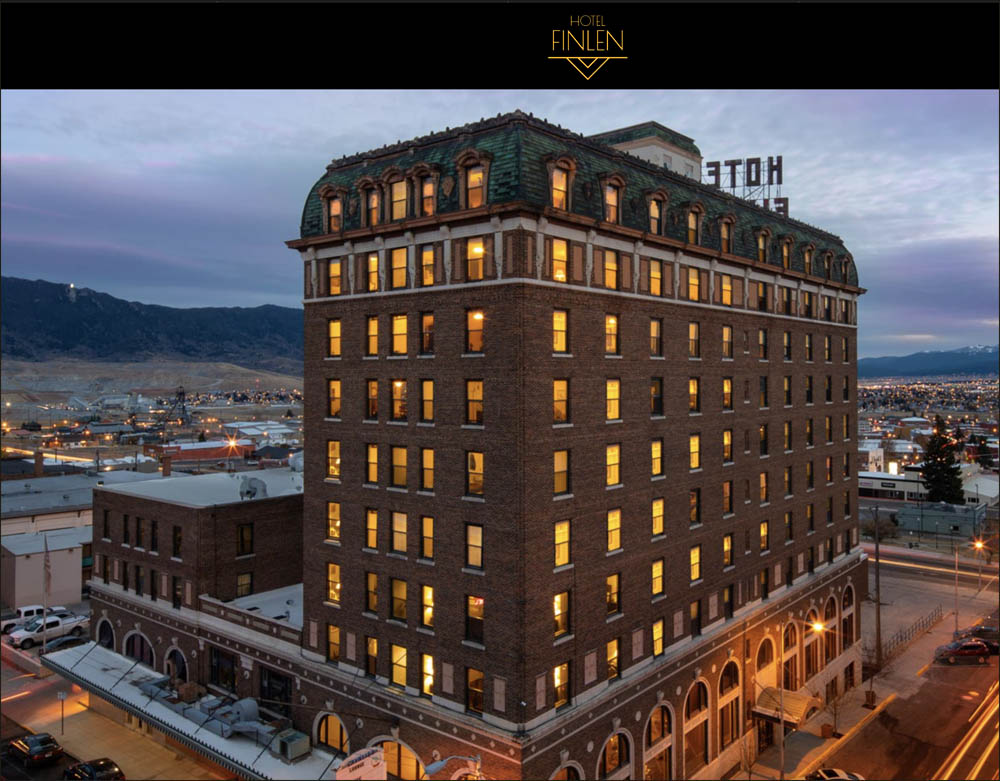 Notes: The 10-story, 160-room Hotel Finlen at Broadway and Wyoming Streets in Butte, Montana, opened February 2, 1924. It was the second Finlen Hotel, built on the site of the original that was torn down in 1923. It contained a 125-seat dining room, a coffee shop, several private dining rooms, and two ballrooms. The Finlen Hotel continues in operation as of 2022.

Scammell produced Ivory Lamberton china crested for the hotel with a four-part shield in blue and brick red.  This shield contains "H" and "F" in Old English-style – or Blackletter – upper case letters. Flanking the crest is a border of magnolia and bluebonnet flower decal ornaments. There is a brick red line at the rim. This Magnolia and Bluebonnet border was used by other customers. The several known pieces of this pattern are on Ivory body china which was introduced in 1928, so unless there are other pieces on the white Lamberton body, this pattern was introduced after the hotel opened.