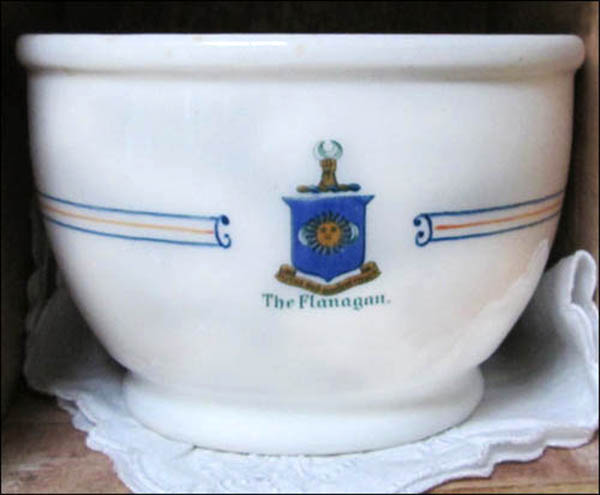 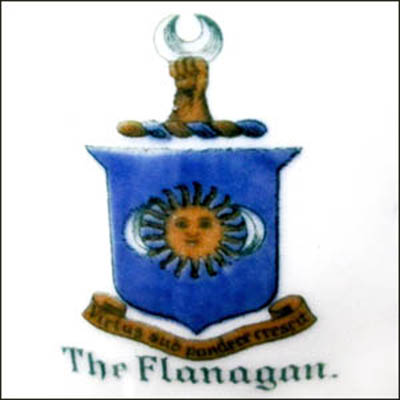 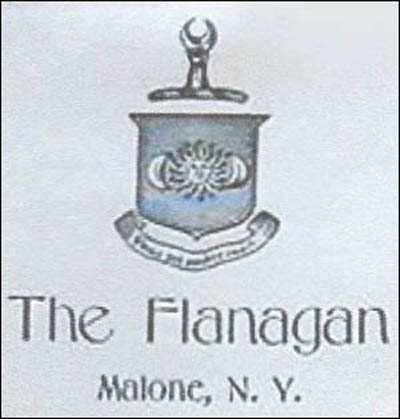 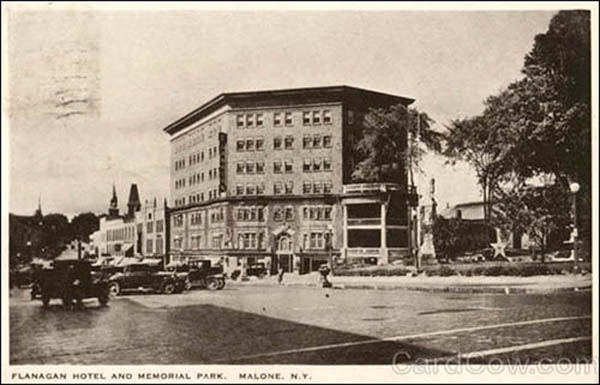 Notes: The Flanagan Hotel at Main and 1 Elm Streets in Malone, N.Y., was built by brothers Samuel, John and Joseph Flanagan. It opened in July 1914 as a seven-story brick structure with an overhanging cornice and with around 110 rooms, operating on both the American and European meal plans.

At some point after the 1950s, the cornice and top floor were removed, and by 2012 it was only six stories.

The dining room, coffee shop and cocktail lounge were, over the years, named Arabian Room, Bombshelter, Jade Room, Gay Nineties Room, Parakeet Grill, Ship's Grill, and South of the Border Restaurant. By 1986, the hotel bedroom count was down to only 25 rooms, with the rest of the rooms converted into apartments. A fire in 1997 caused considerable damage and closure. As of 2016, the building remained vacant while redevelopment plans were at a standstill. (See paragraph below.)

According to an article by the editor of RiverCityMalone.com, as of 2009 the hotel had been foreclosed upon after a partial renovation and was due for sale at public auction after June 15, 2009. The owner, however, has attempted for some time to buy back the building and its status at this time (2016) is not known.

The shield logo with name and location (shown below) appears on a 1933 envelope.