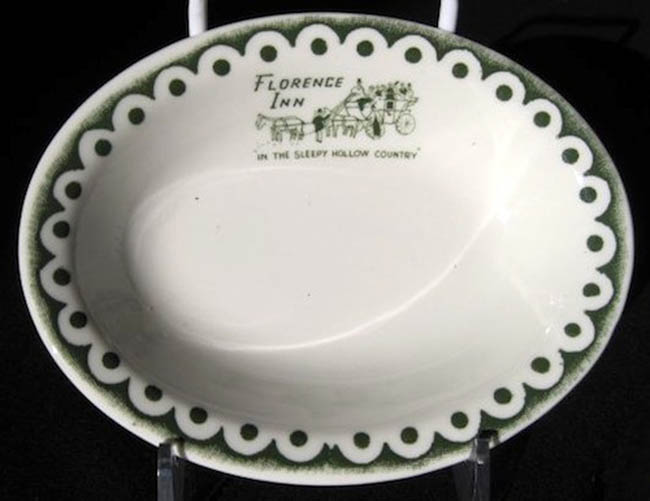 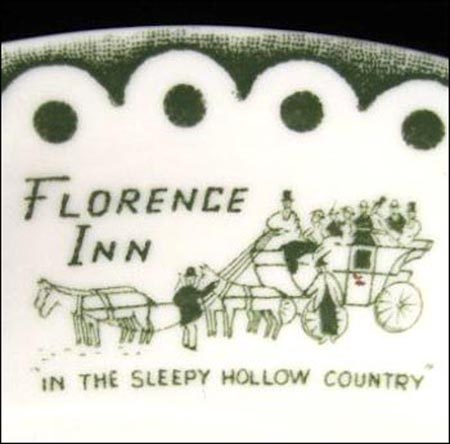 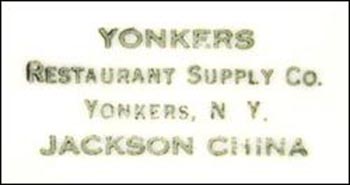 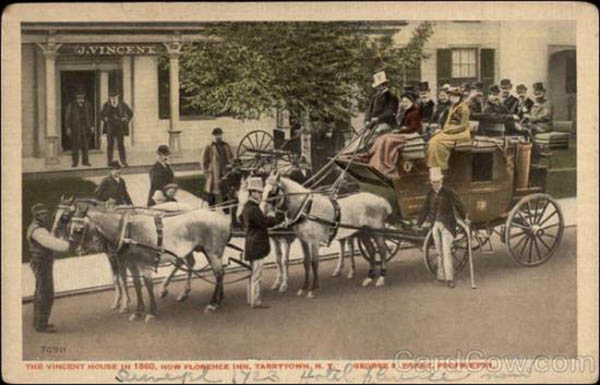 Notes: The Florence Inn was located at the corner of Route 1 and Franklin Street in Tarrytown, New York. Originally called Franklin House when it was established in 1821, by 1860 it was Vincent House and later became Florence House / Inn. Among its distinguished guests were Presidents Martin Van Buren, Theodore Roosevelt and Rutherford B. Hayes, and General William T. Sherman.

The 30-room inn was known for its cuisine and spirits through the 1920s. By 1955, the hotel was forced to close its doors and would sit vacant for years until being demolished in the 1960's, to be replaced by a rather vanilla looking brick structure that would be used for office space.

After falling into disrepair, the hotel closed its doors and sat vacant until its demolition in the 1960s. A brick office building currently occupies the space.

White body, dark green band of circles and dots on rim. Line drawing of coach and four with Florence Inn to the left and "In the Sleepy Hollow Country" below.