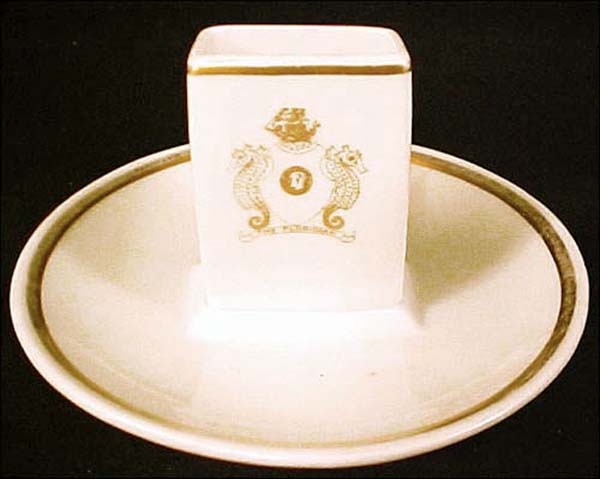 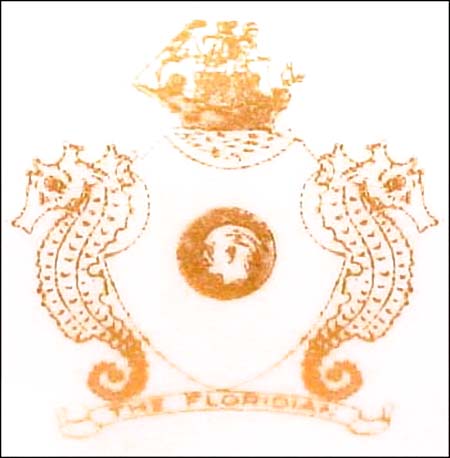 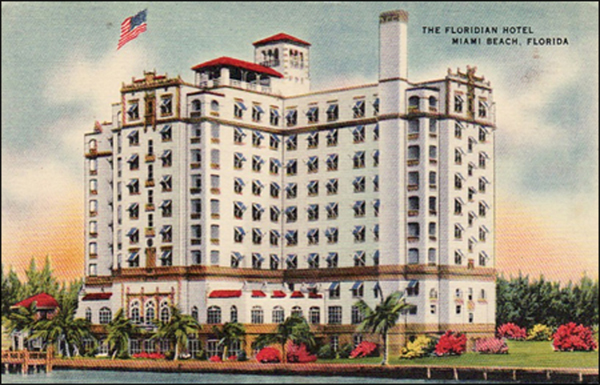 Notes: Located at 540 West Avenue (the eastern entrance to Miami Beach, FL), the 9-story, 252-room Floridian Hotel, built by Carl Fisher, opened its doors in February 1926. It soon became a popular hot-spot for the famous, the not so famous, some gamblers; as well as a playground for Al Capone.

The hotel closed during the war and never regained its popularity. Around 1959, the hotel closed and reopened as The Biscaya Hotel, and then became the Biscaya Retirement Hotel. In 1978, the hotel was declared unfit for human habitation by the City of Miami Beach and was surrounded by a chain link fence. The building became an empty gutted wreck and was demolished in March 1987.

White body with gold rim border. Topmarked with The Floridian Hotel logo of a flagship atop a center shield, flanked by two sea horses.