IDwiki » All Contents » Manufacturers » SYRACUSE / O.P.Co. » Flowers of the Southland

Flowers of the Southland 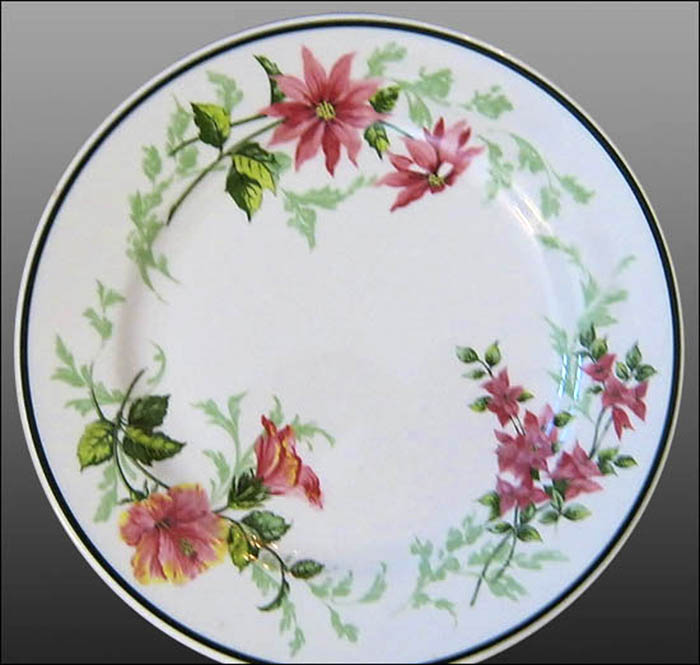 Notes: Flowers of the Southland is an old, popular stock pattern made by Syracuse China with its floral sprays of hibiscus, jessamine and poinsettia and black line on the rim. The version here shows the design on a white body.

Now it gets a little confusing. The Atlantic Coast Line Railroad ordered this pattern from Syracuse on Oct. 17, 1931, according to "Dining on Rails," and without a doubt, the custom railroad version had a light green line in place of the black. This pattern was also made for the ACL by Buffalo China, but its version was called Flora of the South.

"Dining on Rails" and "The Official Guide to Railroad Dining Car China" both refer to this pattern when made by both manufacturers for the railroad as Flora of the South. However, "Dining on Rails" also shows the backstamp of a Syracuse version (which is harder to find with a backstamp) clearly marked for the railroad, and with the light green line, but marked Flowers of the Southland.

Regardless of manufacturer, the railroad versions were made on ivory bodies. It is not known if the Syracuse stock pattern was also made on an ivory body at times, in addition to white. And always remember that the black line indicates a stock pattern; the light green line, even if not backstamped for ACL, indicates the railroad version. (This pattern is also occasionally seen without a rim line at all and would still be considered to be stock.) In addition, the jessamine flowers on the ACL version were yellow, here they are a pink red.

The excerpt from an old Syracuse catalog page (below) shows just the hibiscus flower without the bud, "as made for the Atlantic Coast Line Railway." Note that the catalog number is 86301.

For more info:
Flora of the South by Buffalo China and Syracuse China