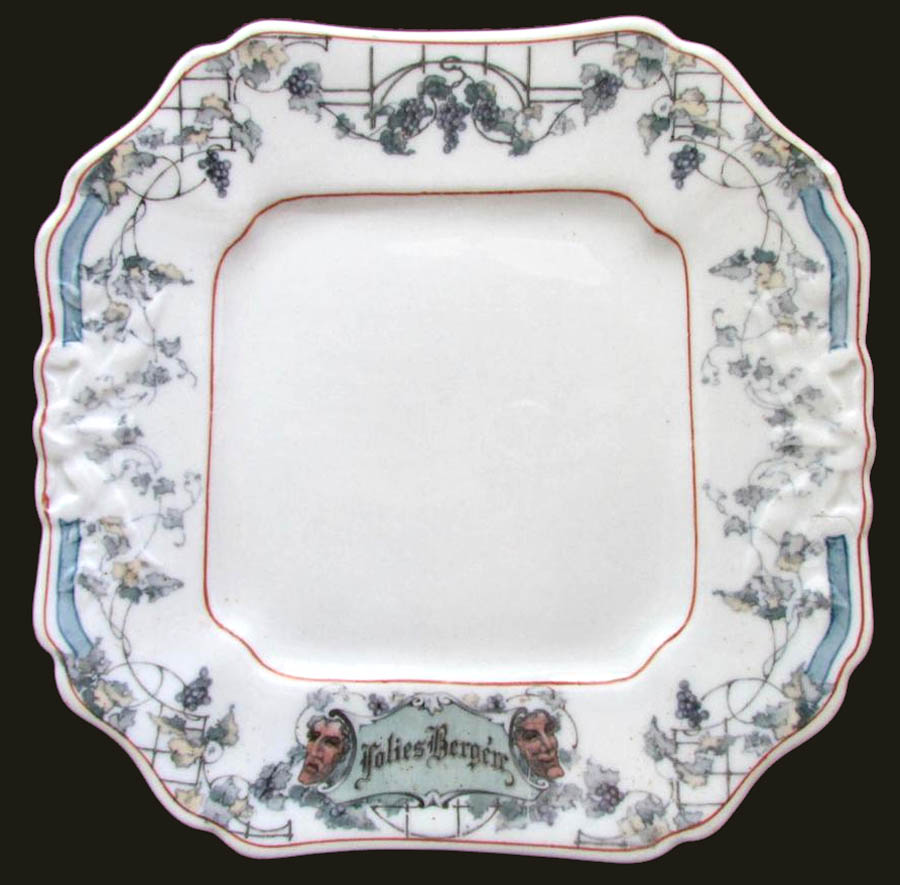 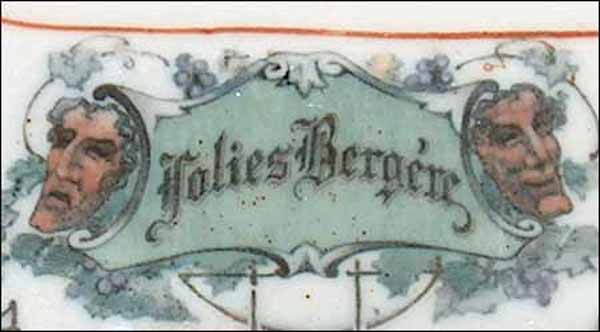 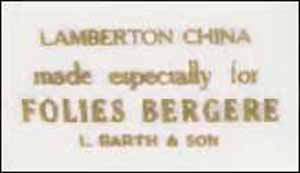 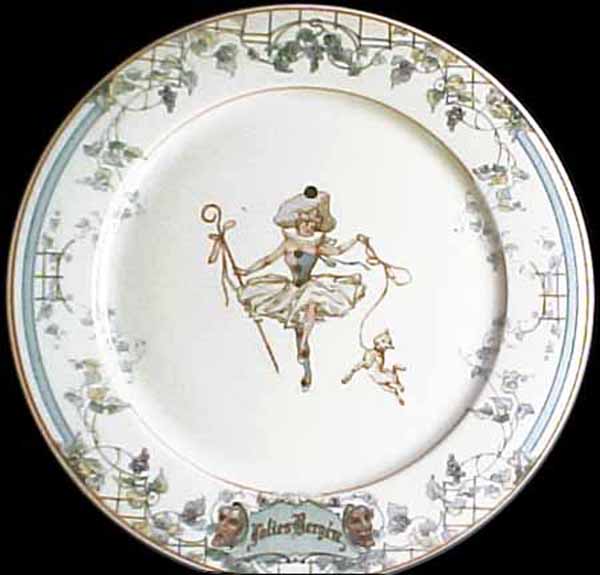 Service plate with fanciful detail of Harlequin "Bo-Peep" and sheep 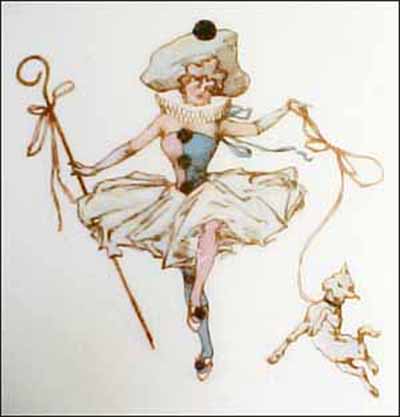 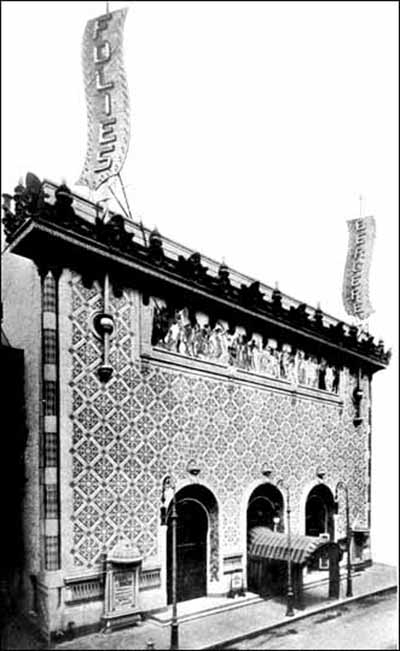 Notes: On April 27, 1911, popular vaudeville entrepreneurs Henry B. Harris and Jesse Lasky premiered a new concept in New York: a dinner cabaret with entertainment patterned after its Paris namesake, the Folies Bergere.

Declared "more Parisian than Paris" by The New York Times, newspapers of the day devoted precious column inches to describing the lavish appointments of the building, located in the heart of the theater district at 210 W 46th Street and designed by architects Herts & Tallant.

For example, the following is from the Times' April 27 article: "Passing through the lobby and into the restaurant-theatre proper, one is struck at first by the softness of the decorations, which, in spite of having a peculiar shade of pink as the predominating color, are most agreeable to the eye. The pink is softened by the use of French gray and touches of Roman gold, which effect is carried out in both the scene curtain and the asbestos drop. The chairs and the tables are done in French gray and the table tops have pink silk inlaid, covered with Cluny lace and protected by French bevel glass. The thick carpet of the orchestra is in ash color with small pink rosebuds. … The table lights have pink shades, of the same hue as the wall decorations."

Mae West appeared there, and Irving Berlin was commissioned to write songs for the burlesque "Gaby."

Ultimately, the owners' genius proved to be the Folies' demise. The restaurant turned a profit but because of the limited capacity of the house and too few seats to fill, the whole business lost money, and it closed just five months after it opened, on September 27, 1911.

When the theater opened, its vibrant terra cotta facade of gold, turquoise and old ivory instantly made it "the brightest, most eye-catching theater along the Rialto," Nicholas van Hoogstraten wrote in his 1991 book, "Lost Broadway Theaters." After the Folies went dark, the building reopened in a month as the Fulton Theatre and it became in 1955 what would be known as the first Helen Hayes Theatre, demolished in 1982 along with five neighboring theaters to make way for the Marriott Marquis Hotel.

And one last note: Henry Harris and his wife were on board the Titanic's voyage, April 15, 1912. She was saved and he was lost.

Pattern in predominantly gray blue has clusters of grapes, grape vines, mask – like caricatures of two men, broad blue line or band or the border accented by thin red lines, and service plate has Harlequin dancer with staff dancing with sheep on a Lamberton China body.

And last, a song published on April 24, 1911, to celebrate the venue's opening, with words and music by Vincent Bryan, Irving Berlin and Ted Snyder:

"Down To The Folies Bergere"

Why do they rave about beautiful France
Where the wine flows and the maidens entrance
Why go to Berlin, Vienna or Rome
We can enjoy all their joys here at home
In old New York up at Long Acre Square
Turn 'round the corner, you'll find yourself there
Millions of miles from all trouble and care
Two doors from Heaven the Folies Bergere

Why do they sing of the Rathskeller's joys
Who go to places just meant for the boys
We'll get the girls and we'll bring them along
Down to the folies, they'll see nothing wrong
Bring down your sweetheart and give her a seat
If your wife's there get a gallery seat
Then if your wife and your sweetheart should meet
Thirty-two exits lead out to the street