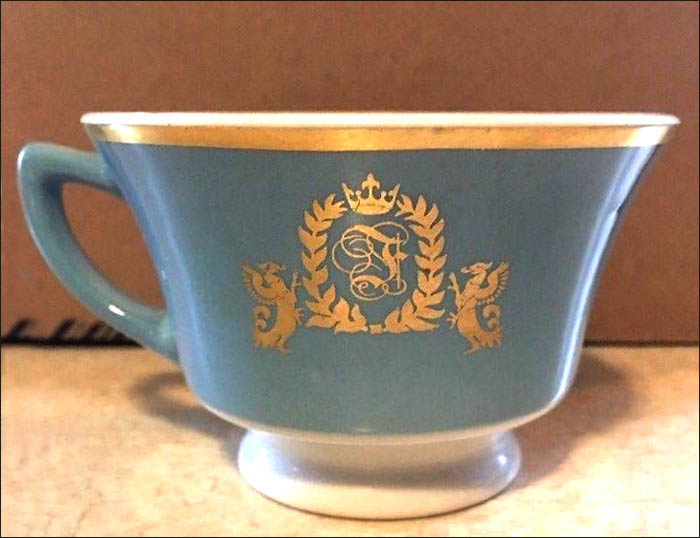 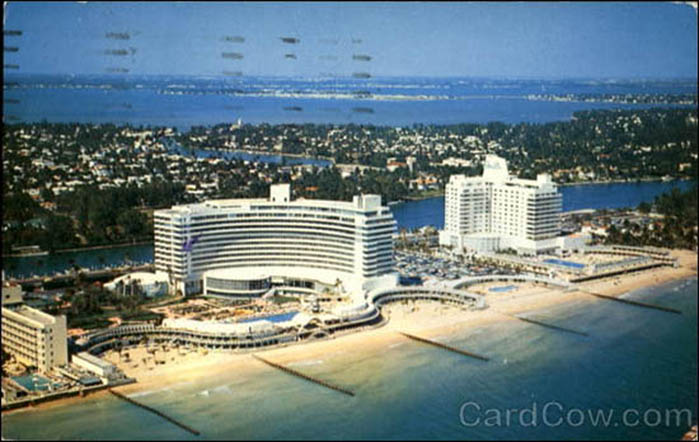 Notes: From the hotel's website (and with apologies for its grandiose descriptions): "Hotelier Ben Novack purchased the Firestone Mansion, home of auto tire magnate Harvey Firestone, in 1952 for $2.3 million. He tapped Morris Lapidus, who was known for his modernist sensibilities and flair for theatrical spaces, to be the hotel's project architect. When it opened in 1954, Fontainebleau Miami Beach was the largest and most luxurious hotel in South Florida. Located on the oceanfront in the heart of Millionaire's Row, Fontainebleau Miami Beach is one of the most historically and architecturally significant hotels on Miami Beach. Its signature features included a 17,000-square-foot lobby with the now-legendary 'Stairway to Nowhere,' six acres of formal gardens designed to replicate Versailles and thousands of dollars in antique furnishings to authentically convey the hotel's French period theme."

"For nearly 25 years, the Miami Beach hotel was so well-known that no sign was necessary to identify it. Celebrities and entertainers, ranging from Elvis Presley and Bob Hope to Lucille Ball and Judy Garland, made the hotel so popular that Novack was once forced to post armed guards to bar non-guests from entering.

"Over the years, the Miami Beach oceanfront hotel has costarred in numerous major Hollywood productions including 'Goldfinger,' 'The Bellboy,' 'Scarface,' 'The Specialist' and 'The Bodyguard.'"

The cup has a background of soft blue and is trimmed at the lip with a coin gold line. The hotel's logo, also in coin gold, is a central ornate F placed in the middle of a wreath of acanthus leaves, flanked on either side by rampant and facing gryphons or griffins. A crown is placed over the F and at the upper intersection of the sprays of acanthus. The ID is based on the exact match of a matchbook cover.