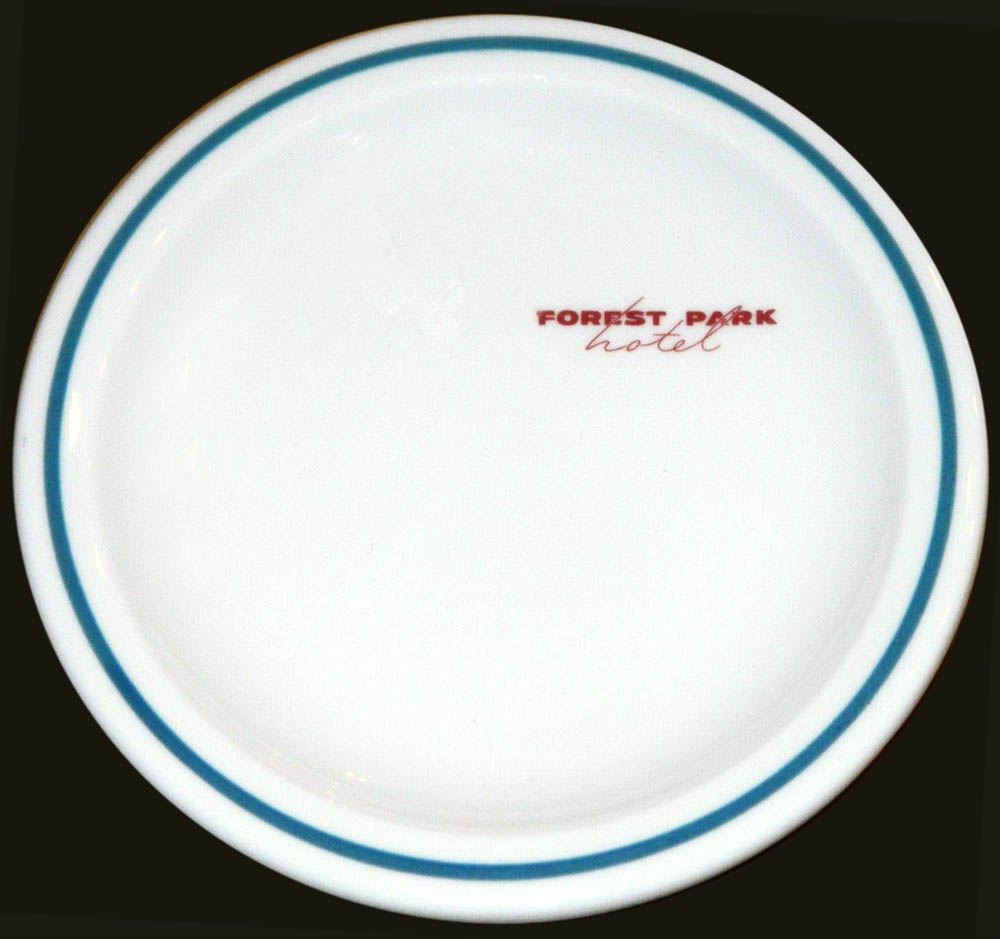 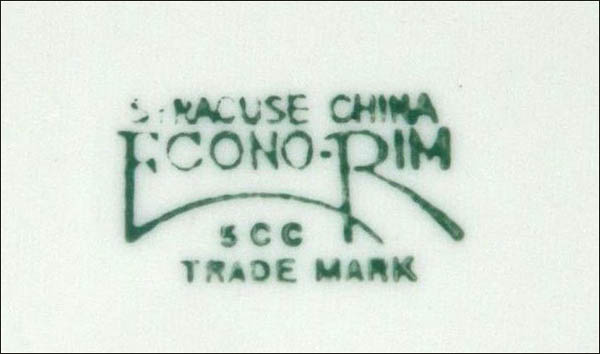 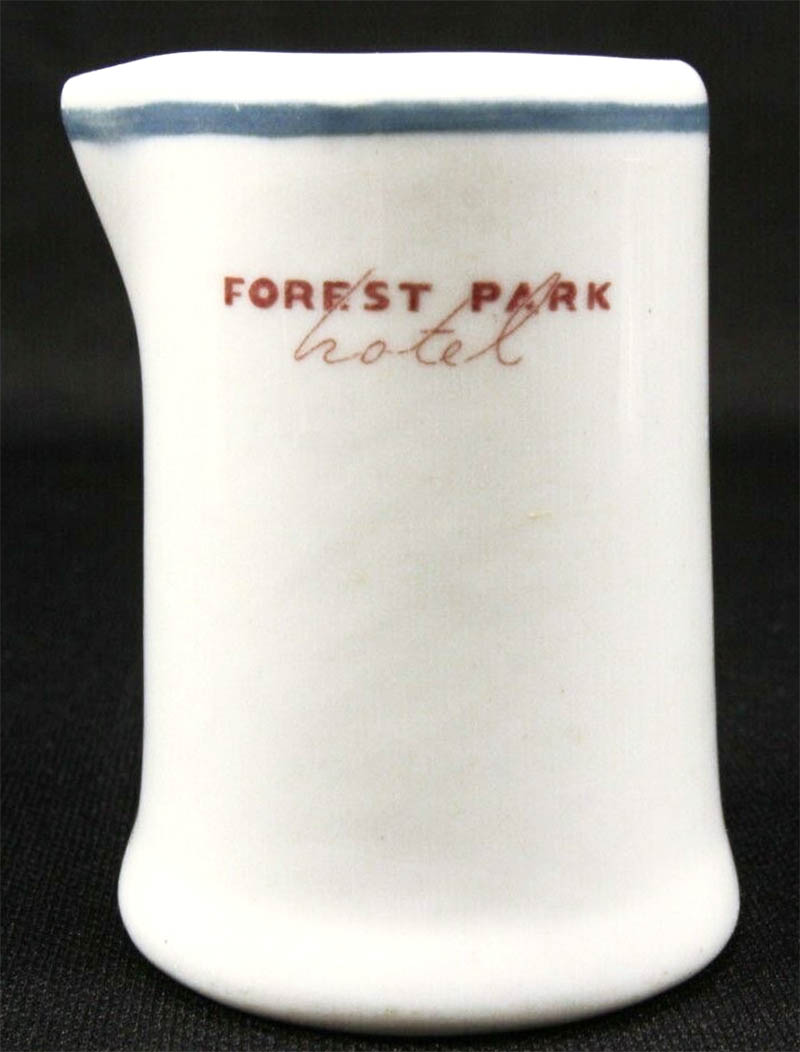 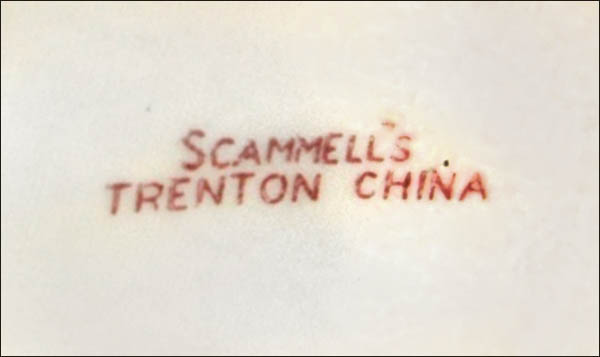 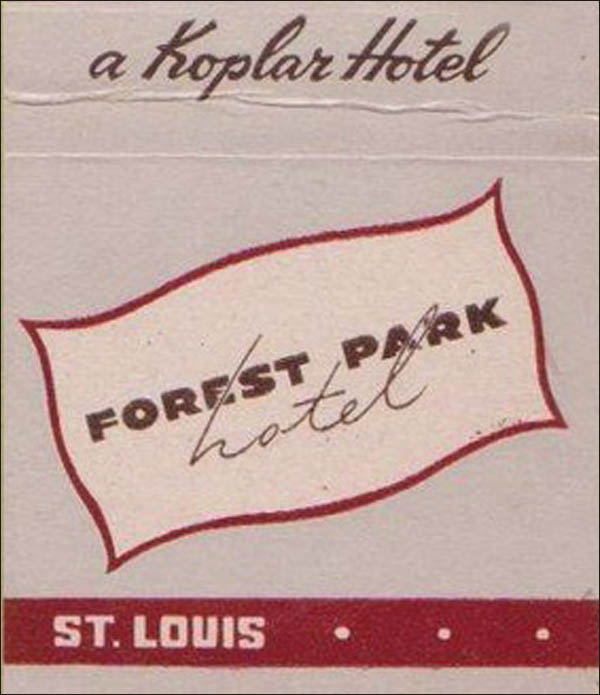 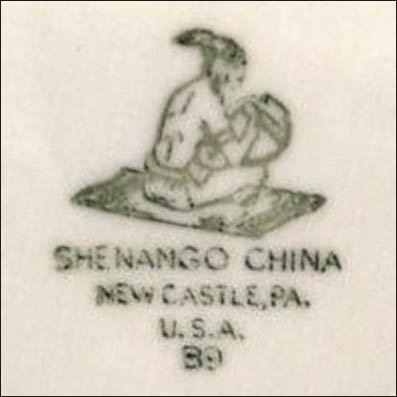 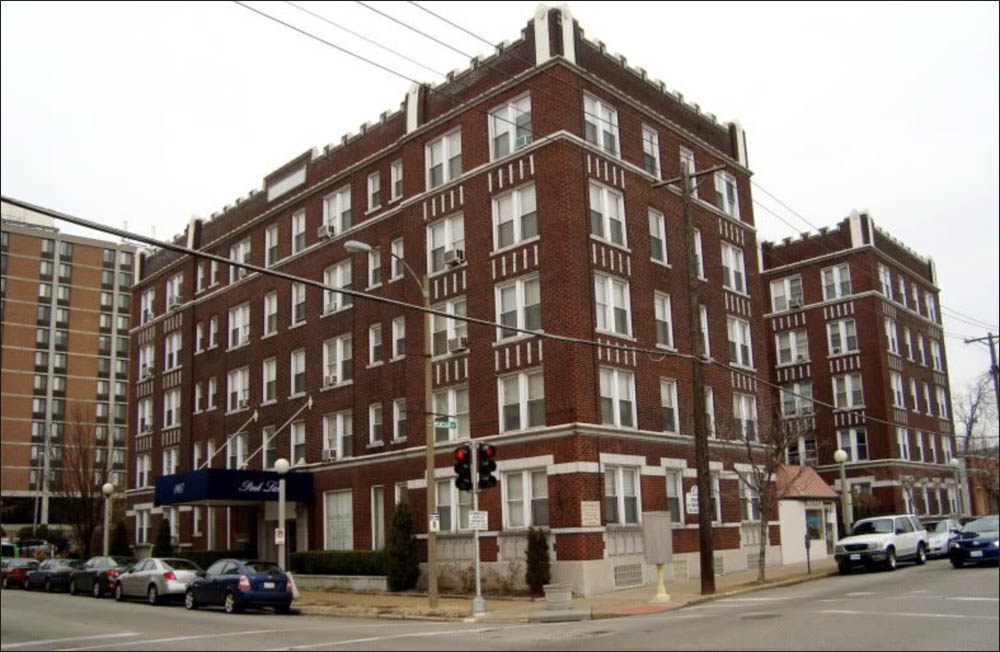 Notes: The Forest Park Hotel, on the corner of West Pine Blvd. and Euclid Street in St. Louis, Missouri, opened in 1923.  It is a six-story brick and terra cotta-faced concrete building. In 1926, a seven-story addition was built that contained Spanish- and Italian-themed dining rooms.

In 1983, Harold Butler, founder of the Denny's restaurant chain, bought the Forest Park. He then spent $7 million on renovations. Financial problems lead to the hotel's sudden closure in December 1990. In 2003, the former Forest Park Hotel was renovated and converted into a 115-unit apartment building.

Scammell, Shenango, and Syracuse produced a pattern crested with "FOREST PARK" in upper case, sans serf, red letters, and with "hotel" in script on the line below. A blue green rim line completes the pattern. On plates and platters, the crest is placed at the 2 o-clock position. This logo was used on matchbooks when it was a Koplar Hotel. Known Syracuse pieces contain 1948 and 1951 date codes. A surviving Shenango plate has a July-December 1951 (B9) date code. Scammell pieces were produced on a Trenton China base.

Sources:
Wikipedia – History of hotel
Meet Me in the Lobby – The story of Sam Koplar and the Chase and Park Plaza Hotels