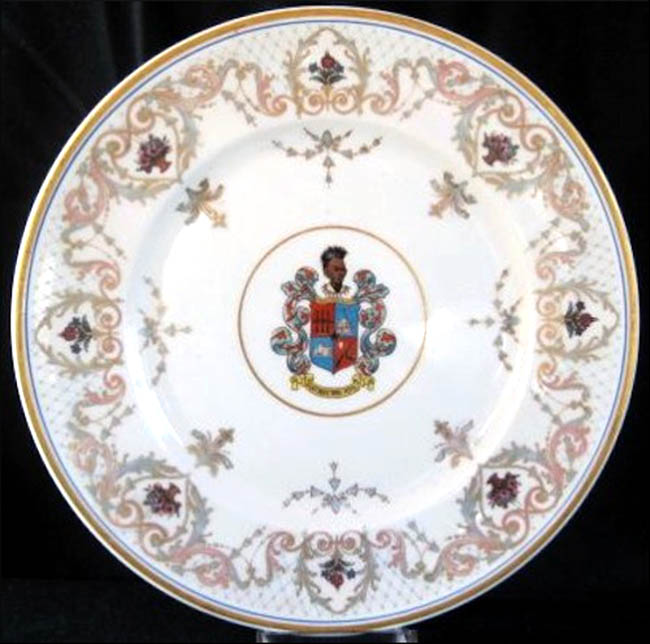 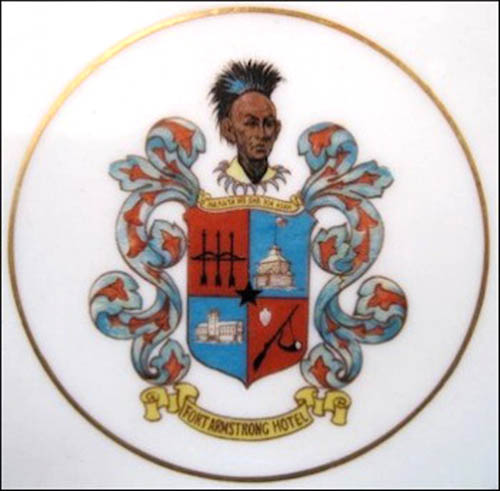 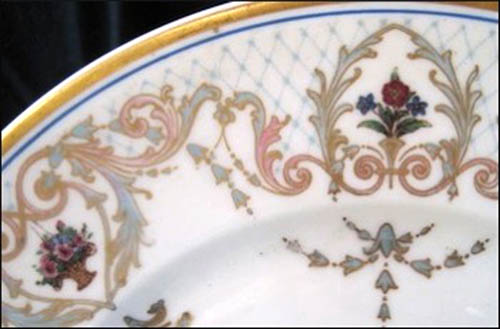 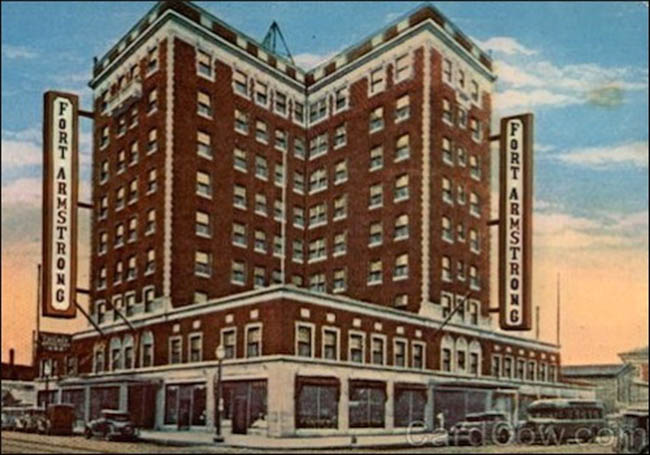 Though named after the original Indian outpost on Rock Island in the Mississippi River, this hotel's architecture has nothing to do with logs. This Italian Renaissance Revival building has nine stories with deep corner setbacks above the second floor. The setbacks keep the building from dominating the street and allow plenty of light into the rooms. The upper stories are trimmed in white terra cotta, while cast concrete is used for ornament on the lower two stories. The public spaces of the hotel were restored in the 1980s and the hotel rooms were converted to apartments for senior citizens. The adjacent commercial buildings were demolished to provide green space for the residents.

This hotel was named for Fort Armstrong (1816-1836), located at the foot of Rock Island, Illinois, in the Mississippi River, five miles from the principal Sac and Fox village on Rock River in Illinois. The construction of the 300-square-foot stone and timber fort began in May 1816, and was completed the following year. In 1832, it was the military headquarters for the army during the Black Hawk War. It was garrisoned until 1836, usually by two companies of United States regulars.

The hotel was listed on the National Register of Historic Places in 1984. In 2012, it is a small boutique hotel known as the Armstrong Hotel.

Click here for more information about Fort Armstrong, the Black Hawk War and Chief Black Hawk. The topmark of this piece bears the image of Black Hawk, the man whom many of the local banks, businesses and schools are named after.

Lamberton China white body service plate. Band of gold with inner blue line on rim. Wide band of red and blue flowers in baskets and scones connected by swirls and acanthus leaves. Elaborate logo in well with Native American above, four-part shield in blue and red, swirls on either side and a banner with Fort Armstrong Hotel below.