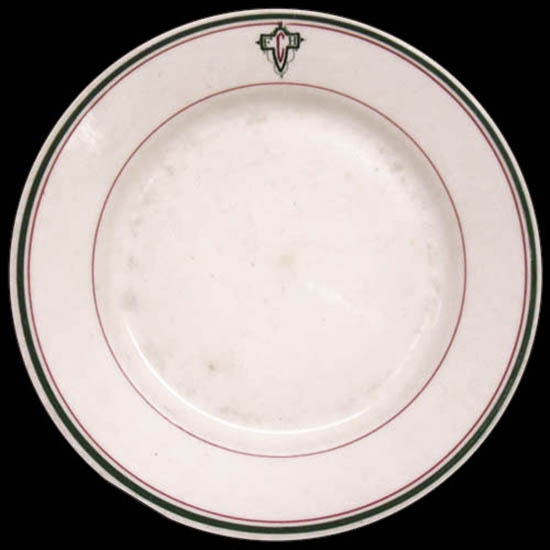 Notes: Located at 1324 Chapline and 14th streets in Wheeling, West Virginia, the Fort Henry Club was named for the 1774 stockade fort on the nearby Ohio River and founded circa 1890. In 1890, the club spent $19,500 to purchase the former home of James Fitzsimmons, which had originally been built in 1856 for the Howell family. The three-story, former mansion has an impressive two-story Ionic columned entrance portico. The side porch connected to a two-story rear ell. Originally the porch was open, but later it was enclosed with windows.

The Fort Henry Club was open every day from 7 a.m. to midnight. Women were only allowed to use the club from noon to 3 p. m., and they were only allowed in the main reception room, dining room, library, and ladies toilet room on the first floor. The second floor was only open to women for a "special occasion." The club's grand opening menu included duck with olives, turkey, dried oysters-Maryland style, and chicken salad; served with Imperial sherry.

In 1921, an extensive fire damaged much of the structure. As part of the restoration, a fourth floor was added, along with a second floor addition to the side porch.

The club closed in September 2011. St. Matthew's Episcopal Church took over ownership, and demolition was considered until McKinley & Associates later took possession and began plans to repurpose the building.