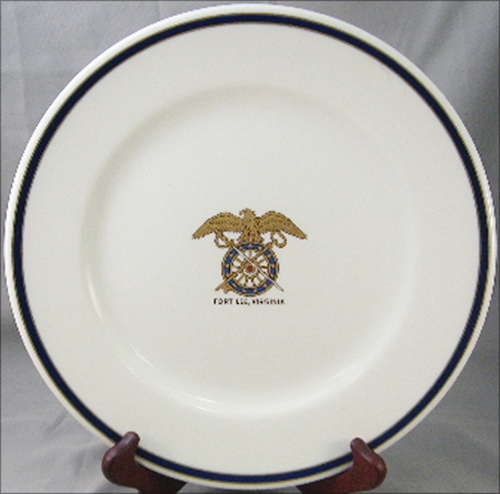 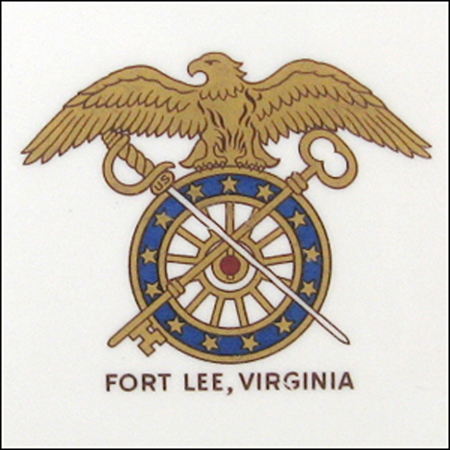 Fort Lee is being expanded greatly. As a result of the 2005 Base Realignment and Closure, Fort Lee will become the Sustainment Center of Excellence. The U.S. Army Ordnance Mechanical Maintenance School, the U.S. Army Transportation Center & School and the U.S. Army Ordnance Munitions & Electronics Maintenance School are scheduled to transfer to Fort Lee. Fort Lee will also gain the Lackland Air Force Base and Great Lakes Culinary Training resulting in the Joint Center of Excellence for Culinary Training.

White body with navy blue band border, topmarked with the insignia of the Quartermaster Corps of the U.S. Army. The insignia is described by The Institute of Heraldry as: "A gold color eagle with wings spread perched on a wheel with a blue felloe set with thirteen gold stars, having thirteen gold spokes and the hub white with a red center; superimposed on the wheel a gold sword and key crossed diagonally hilt and bow up …" Click here for the Quartermaster Corps entry in Wikipedia.